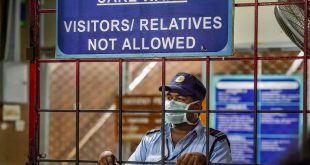 
The government will initiate a tendering process through lottery method next month and the license fee for new bars has been fixed at Rs 10 lakh.

Amaravati:The Andhra Pradesh government on Friday cancelled all existing bar licenses in the state with immediate effect even as it announced a new bar policy to be implemented over the next two years.

At present, 3, 500 liquor shops are being run by the State Beverages Corporation against the previous figure of 4, 200.

The government will initiate a tendering process through lottery method next month and the license fee for new bars has been fixed at Rs 10 lakh. Three-stars and micro beverages would have to pay Rs 1.5 crore for the same.

Chief Minister and YSR Congress Party president Jagan Mohan Reddy had already announced to bring down the number of bars by 40%.

As per provisions of the new policy, the government will issue licenses to 479 bars. Besides, alcohol will be available in 38 three-star hotels and four micro beverages. From January 1, 2010, bars in the state will remain from 11 am to 10 PM.

Previous Carmelo Anthony on Jared Dudley: ‘You can’t blame him for what I went through’ – Yahoo Sports, Yahoo.com
Next Prince Andrew's private secretary steps down after Newsnight interview – The Guardian, Google News