(Virat Kohli) 130 produced a masterclass in India’s maiden Day / Night Test to bring up his 27 th century – first Indian to hit ton in Pink Ball Test – guiding the hosts to a commanding 289 / 4 against Bangladesh at lunch on Day 2 of the second Test in Kolkata. King Kohli’s sublime effort also helped India take a 183 – run first innings lead as he tore apart a listless Bangladeshi bowling attack. Resuming on 174 / 3, Rahane and Kohli cautiously took India forward with a 99 – run partnership before Rahane (51) was removed by Taijul Islam shortly after his 22 nd fifty. But Kolhi marched forward as he looked in sublime touch throughout the morning session. With the help of 12 fours, Kohli got to his century 20 minutes before the scheduled lunch break. For Bangladesh, Taijul was the lone wicket-taker in the afternoon session.

Lunch on Day 2 of the #PinkBallTest A fine century for @imVkohli and a solid partnership between Kohli & Jadeja a… https://t.co/B8kZ24 zrE6

So, that’s it in the first session on Day 2. Taijul Islam completes the final over before the break. India walk back to the dressing room with Virat Kohli and Ravindra Jadeja unbeaten at the crease.

75 .1 overs: FOUR!Was in the air. But just beats the short extra cover fielder. A risky shot from Virat Kohli last over before lunch. But he gets away with it. And the ball races to the fence as well.

End of 74 th over: Back-to-back maidens for Bangladesh. With just under 10 minutes to go for lunch break both Virat Kohli and Ravindra Jadeja are looking to see off the remaining time and overs. Both looking cautious at the moment. Taking no risks at all. IND 281 / 4

70 .4 overs: FOUR! FOUR! FOUR! FOUR! Virat Kohli is now in fifth gear. He has taken apart Abu Jayed this over. Three fours on the on side and final one is an exquisite drive through covers. Was in total control on that last one. Kohli is now looking unstoppable. And he has moved to 120 quickly. IND 276 / 4

70 .1 overs: FOUR!Virat Kohli welcomes Abu Jayed with a boundary behind point. Away-swinger from Jayed and Kohli guides it to the third man region to collect four runs. IND 264 / 4

100 for Virat Kohli!
Hundred number 27 for King Kohli. And what a stage to get his 27 th Test ton. First pink ball Test in India and Virat Kohli has risen to the occasion. Another masterclass from the India skipper as he takes his team forward in the historic Day-Night Test against Bangladesh. 12 fours in his knock so far as he continues to look sublime touch.

The #RunMachine at it again 👏💪 @imVkohli brings up his 27 th Test 💯 #PinkBallTest #INDvBAN https: //t.co/rL4wDIdKsK

61 .1 overs: OUT!First wicket of the day for Bangladesh . Taijul Islam’s delivery stops on Rahane and he gets a leading edge. The ball balloons and Ebadot Hossain at point completes a simple catch. Rahane walks back after scoring 51 runs. And, umpires have called for drinks as well! IND 236 / 4

50 for Ajinkya Rahane!
His 22 nd in Test cricket. Fourth consecutive fifty plus score for Rahane in Tests. Rahane has batted beautifully alongside skipper Kohli. Rahane has so far hit 7 fours in his unbeaten knock. Both skipper and his deputy are now looking in total control.
IND 225 / 3, lead by 119 runs

Pink ball is being changed for the first time in India.The ball has lost it’s shape and the on-field umpires have called the third umpire. He comes with the box of pink balls. IND 218 / 3 after 4

58 .1 overs: FOUR!Half- volley from Ebadot Hossain and Ajinkya Rahane pounces onto it. Hits it through extra covers to collect his sixth four.

.6 overs: FOUR! There’s the first wow moment of the morning. An exquisite cover drive from Virat Kohli and that was picture perfect. An absolute gem off Kohli’s bat. Al-Amin finishes his over with a boundary. IND 194 / 3

Legends at the Eden Gardens

50 .3 overs: FOUR!Uppish on drive from Ajinkya Rahane off Al-Amin H ossain and it goes between Virat Kohli and umpire. Beats the mid-on fielder and races to the fence.

49 5 overs: Ajinkya Rahane gets off the mark as well on Day 2. Takes a comfortable single after hitting Taijul Islam’s delivery towards the fine leg fielder. IND 185 / 3

48 4 overs: FOUR! Through the on side. Virat Kohli gets into a great position and flicks Al-Amin Hossain’s delivery through mid-wicket region for another boundary. Kohli moves to 69. IND 184 / 3

47 .4 overs: FOUR!Virat Kohli gets going straightaway on Day 2. Short from Taijul Islam and Kohli goes back and hits the ball behind square on the leg side to collect his first boundary on the second day of the Pink Ball Test . IND 179 / 3

End of 47 th over: A tidy first over from Al-Amin Hossain. Just a single from it. Bangladesh go with spin from the other end as Taijul Islam comes into the attack.

Once again a big crowd has gathered at the Eden Gardens watch the second day of the historic Day / Night Test. Virat Kohli and Ajinkya Rahane walk out to the middle to resume India innings. Al-Amin Hossain has the ball in hand.

Liton Das and Nayeem Hasan injury update: Liton Das was yesterday hit on the head by Mohammed Shami bouncer and was taken to the hospital. He has been declared stable. Nayeem too was hit by a bouncer but is doing fine now.

After pacers ruled Day 1 of the pink ball Test, on Day 2 Virat Kohli (59 and Ajinkya Rahane (23 will look to build India’s lead. Both batted beautifully in the final session as India took their total to 174 / 3 with an overall lead of 68.

Hello and welcome to the Live coverage of Day 2 of the Pink Ball Test between India and Bangladesh at Eden Gardens in Kolkata.

DAY 1, RECAP:Bangladesh won the toss and India everything else against a ball they are not acquainted with on the first day of their maiden Day / Night Test, the quality of contest spectacularly failing to match the manic pre-match hype.

First the Ishant Sharma-led Indian pace unit terrorized the visitors, bundling them out for 106 in just under 31 overs even before twilight set in.

With two of their batsmen concussed, the mentally-scarred Bangladesh attack then found itself at the receiving end of a masterclass from the Indian captain Virat Kohli, who remained unbeaten on (off) balls, as India reached 174 for three at stumps on the opening day.

The stodgyCheteshwar Pujara, with two pink ball hundreds under his belt in first-class cricket, scored a chiselled 55 as India took a 68 – run lead. It looks like the cricket loving Kolkata public will not have an opportunity to witness even three full days’ action.

The city turned pink, the crowd responded to the brainchild of its favorite sonSourav Ganguly, who arranged a first-of-its-kind match in less than a month’s time.

However, the gulf in standards along with the singular lack of intent from the visitors took some sheen away from the game.

Earlier, Ishant grabbed his first five-wicket haul on Indian soil after a good 12 years, finishing with 5 for 22 in 12 overs after a brave decision by opposition captain Mominul Haque to bat first on a seamer-friendly pitch. 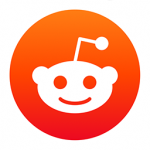