I recently built a new desktop computer for myself, and decided to repurpose my old desktop computer to bea pfSense router.pfSense comes with a webserver that serves a configuration GUI accessible from any device on the LAN. The GUI also has a status dashboard that shows real-time hardware stats, service status, network utilization and firewall logs.

However I wanted to be able to access the status dashboard from the CLI, so that I could stuff it in a tmux session along with the dashboards for my other computers instead of running a whole browser instance just for it. So I set about figuring out how the web dashboard works behind the scenes and how I could replicate it to run as a CLI program over ssh.

What does the status dashboard show?

The information that pfSense’s web dashboard shows is itself pulled from shelling out to native commands or reading files:

Now that I knew what files and shell commands my dashboard would invoke, the next step was to decide what language I should implement it in.

The program would just be writing text to stdout, including escape sequences to clear the screen and scrollback. Since that is easy in most programming languages, my choice was largely dictated by what language runtimes and compiler packages I had available.

Rust was my first choice since it is what I’ve been using primarily for the last few years. However the current version of pfSense (2.4.4) is based on FreeBSD 11, and I couldn’t find out definitive information whether Rust supports it. Specifically, FreeBSD 12 changed the ABI of some of its libc structures and Rust’s standard library had updated to work with it, so I wasn’t sure if a program compiled against Rust’sx 86 _ 64 - unknown-freebsdtarget would work on FreeBSD 11 or only on FreeBSD 12.

A bigger problem was figuring out how to actually use Rust. I didn’t want to install Rust or a C toolchain on the router itself, and setting up a FreeBSD-cross-compiler toolchain on my Linux machine appeared to require that I compile the cross compiler from source. This was more effort than I was willing to put in.

C was my second choice, but again I didn’t want to install a C toolchain on the router or set up a cross-compiler on my Linux machine.

I then tried shell, and hit two snags:

I did manage to implement the dashboard in POSIXsh; however its CPU usage was quite high for my taste. This was mostly because almost all the commands I was shelling out to had to be further processed usingcutorgreporsedorawk, so there were a lot of processes being created and lots of strings being sliced ​​and diced every time the dashboard refreshed.

I initially set about replacing some of thecuts andgreps andseds withawk. But then I realized I could just as well write the whole dashboard as a single AWK script and not bother with POSIXshat all.

The result is atpfsense-dashboard-cliand I’m quite satisfied with it . *****

It does have a dependency onperlto get the current time in seconds from the Unix epoch. This is because FreeBSD’sdatedoes not have a way to get milliseconds in the time, which is important for refreshing the dashboard once every second, which in turn is important for getting accurate network usage numbers ((current bytes - previous bytes) / (current iteration time - previous iteration time); losing milliseconds in the denominator can introduce large errors in the result).

What did I learn?

The list of files and commands above shows some major differences between Linux and FreeBSD. A Linux program would get uptime from/ proc / uptime, read temperature sensors from files under/ sys / class / hwmon, and get CPU, memory and network stats from procfs and sysfs. Most of these interfaces are exposed as raw numbers and can be easily manipulated from shell or withbc.

In contrast, a lot of the equivalent information in FreeBSD is obtained throughsysctlor shell commands intended for human consumption. In fact, FreeBSD does not have procfs or sysfs at all. (Apparently a simplified procfs is available for you to mount at/ procyourself if you want it. did not try it, because it wouldn’t have had everything I need anyway.)

… which is a strange amalgamation of a C-like structure and a formatted datetime string. While it looks easy enough to extract the first two numbers with a regex or naively splitting on spaces, an output like this makes you wonder if it’s guaranteed to always be like that. For example, could it sometimes get emitted as{usec=..., sec=...} ...instead? Compare with Linux’s/ proc / uptime– 601553. 11 14266486. 38- it can be easily split on the space and needs no additional parsing.

Similarly, the temperature sensor values ​​on Linux from files under/ sys / class / hwmonare usually just numbers in milli-degrees Celsius. For example,/ sys / class / hwmon / hwmon0 / temp1_inputmight be32750representing 32. 750 degrees Celsius. However the FreeBSDsysctlvalues ​​look like30 .0C, so they first need string processing to strip theCsuffix and get the raw value.

And again, getting network stats on Linux can be done by reading/ sys / class / net / enp4s0 / statistics / {r, t} x_byteswhich yield a single number each. FreeBSD’snetstat -I em0 -binreturns a tabular display, so you have to skip the first line of table headers, then split each row on whitespace, then select the second-last or fifth-last values ​​and add them manually. My NICs use theigbdriver which does have sysctls similar to the Linux{r, t} x_bytesfiles, but these would only exist for the hardware interfaces and not for logical interfaces like bridge networks.

For what it’s worth, some of these problems are solved by using C instead of shell. For example, thegettimeofdayfunction does return the current time with milliseconds. Network stats can be obtained in strongly-typed fashion usingioctl, which is also how pfSense web dashboard gets them.

Apart from that, some of the FreeBSD commands are subtly different from their Linux counterparts.pidofdoesn’t exist and you have to usepgrep -xinstead.find -name foodoesn’t work and explicitly requires the starting directory, likefind. -name foo, whereas it’s implicitly the current directory in Linux. As mentioned above,datedoes not support.% Nwhich on Linux outputs decimal seconds. And nothing recognizes- help, though that still means they print their helptext anyway, though their helptext is just a list of flags with no explanation and you have to read the manual to know what they do.

But that’s enough complaining. Now for the good parts.

The BSDs are known for having good manuals, though pfSense does not include them so I had to look for them online. They are atthis URL.Google and DuckDuckGo would not return that URL when searching for, say,freebsd man netstat, and instead return outdated manuals on third-party hosting or manuals from other distros, so I’ve bookmarked that URL in my browser. The manuals are certainly very detailed and answered most of the questions I had, without needing to search forums like I usually have to for Linux questions.

Regardless, it is a godsend to be able to do string processing and arithmetic in a single program without needing to shell out togreporbcornumfmtorprintf.

My dayjob involves working with Raspberry Pis. I usually ssh to them over ethernet rather than connect a serial cable or a monitor to them. However if one were to change its IP address while I’m away, I would be locked out of it until I hooked up a serial cable or monitor and dumped its new IP address. So I decided to write a script that would repeatedly flash the LED on the Pi in morse code corresponding to its current IP address. It was quite easy to write this script inawk, including the part of converting the address components to binary via division. It would’ve been a tad more complicated inbash.

Perl would probably be another good choice to solve these kinds of problems, for both Linux and FreeBSD, but I have no experience with it. Maybe one day … ***** 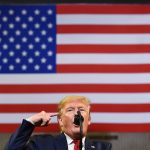