During Question Hour, when Gandhi asked a question related to establishment of medical colleges, Vardhan said before giving the answer, he would like to make a statement on the Congress leader’s recent comment on the Prime Minister.

Vardhan said he “condemns in no uncertain words” the “outlandish” remarks of Gandhi.

“Sir, please excuse me. Before I begin answering this question of dear Shri Rahul Gandhi ji. I want to condemn in no uncertain words the outlandish language that he has used against the prime minister of the country, “he said.

Speaker Om Birla asked the minister to stick to his answer.

As Vardhan continued reading out the statement, Congress MPs came to the Well strongly protesting against the minister’s move.

One of the Congress members from Tamil Nadu, Manickam Tagore, came to the treasury benches and attempted to aggressively reach Vardhan, who was sitting in the second row.

Immediately, BJP member from Uttar Pradesh, Brij Bhushan Sharan Singh, held Tagore by his arm to prevent him from reaching the union minister.

Several MPs from both sides and Union ministers, including Smriti Irani, prevented them from coming to blows.

“Guys, what are you doing. What is going on,” Irani was heard saying.

Unnerved by the commotion, Vardhan continued reading his statement.

The Minister said, “I don’t think in the worst of cases our party leaders have made such outlandish personal remarks against him threatening to beat him with dandas (sticks) and throwing him out of the country. ”

“The entire House present here must in unequivocal terms condemn his remarks against our prime minister. We demand …,” he said.

The speaker immediately adjourned the House till 1 pm.

Reacting to the developments in the Lok Sabha, Congress leader Rahul Gandhi said: “We are being stifled, we are not being allowed to speak in Parliament.”

The orchestrated ruckus in Parliament today was designed to prevent me from questioning the Govt. The youth of 🇮🇳 c… https://t.co/6PKi3DCyC2— Rahul Gandhi (@RahulGandhi)

After the House was adjourned, several MPs of the ruling BJP demanded expulsion of Tagore from the House.

Gandhi made the remarks during a rally for the Delhi assembly polls.

On Thursday, the Prime Minister took a dig at Gandhi for his remarks, saying he would increase the number of Surya Namaskars ( a yoga exercise) so that his back can bear the attack.

As soon as the House reassembled at 1 pm, Kirit Solanki, who was in the chair, adjourned proceedings till 2 pm. 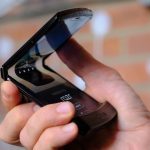