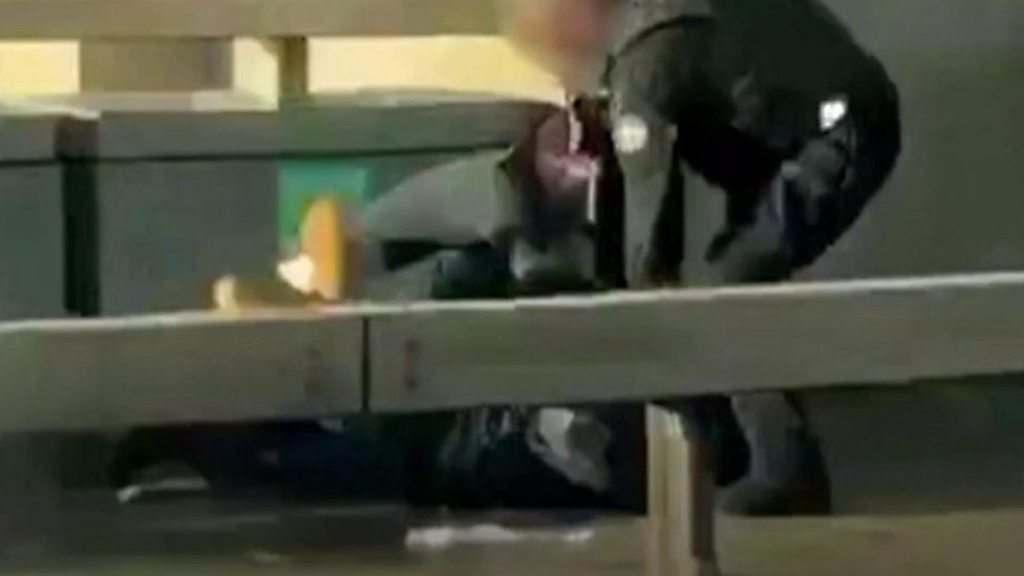 The man who carried out the stabbing attack at London Bridge was a former prisoner convicted of terrorism offences.

The attacker,named by police as 28 – year-old Usman Khan, was out of prison on license at the time of the attack , in which two people were killed and three were injured.

He was shot dead by officers after members of the public restrained him.

Khan was known to the authorities, having been convicted for terrorism offences in 2012, according to Met Police Assistant Commissioner Neil Basu.

“He was released from prison in December 2018 on license and clearly, a key line of inquiry now is to establish how he came to carry out this attack, “he said in a statement.

Officers are carrying out searches at an address in Staffordshire, where Khan had been living.

” Whilst we are still in the early stages of the investigation, at this time we are not actively seeking anyone else in relation to the attack, “he added.

” However, we continue to make fast time enquiries to ensure that no other people were involved in this attack and that there is no outstanding threat to the public. “

The attack began at 13: 58 GMT on Friday at Fishmongers’ Hall , at the north end of London Bridge, where a Cambridge University conference on prisoner rehabilitation – called Learning Together – was taking place.

The suspect had been attending the event. He was released from jail a year ago on agreeing to wear an electronic tag and have his movements monitored, according to the Times.

Dozens of people were at the event, including students from the university and former prisoners.

Met Commissioner Cressida Dick said officers confronted the suspect – who was wearing what is believed to be a hoax explosive device – within five minutes of receiving the initial call.

She said police were working at “full tilt” to understand what had happened.

Officers were still working to identify those who were killed, she said.

One of the injured people remains in a critical but stable condition, a second was said to be stable and a third had less serious injuries, the head of the NHS, Simon Stevens, said.

Videos on social media appeared to show passers-by holding down the suspect on London Bridge.

Another man in a suit could be seen running from him, having apparently retrieved a large knife.

Footage then shows an officer arriving, seeming to indicate to the group to move, and firing a shot.

One witness describedhow a man at the event at Fishmongers’ Hall grabbed a narwhal tusk – a long white horn that protrudes from the porpoise – that was on the wall, and went outside to confront the attacker.

The actions of the public have been widely praised, including by Prime Minister Boris Johnson, Labor leader Jeremy Corbyn and Ms Dick, who said they had shown “extreme courage”.

She added: “Ours is a great city because we embrace each other’s differences.

“We must emerge stronger still from this tragedy. In doing that we will ensure that the few who seek to divide us will never, ever succeed. “

As details emerge about the suspected attacker, the more this looks like it was a targeted incident rather than the random attack on members of the public seen two years earlier at London Bridge.

Authorities were able to identify him quickly after it took place. Their priority since has been to understand what motivated him, whether he had any wider help and if there is anything that poses a residual threat.

There was no advance warning or intelligence of an attack but the details of the man and his past may well raise questions about whether enough has been done to monitor and understand the risks posed by former prisoners.

Earlier Mr Basu, head of UK counter-terrorism policing, said the suspect was wearing what was believed to be a hoax explosive device.

BBC security correspondent Frank Gardner said attackers wear fake suicide vests for a couple of reasons: To add to public panic and in some cases to ensure police shoot them dead.

To some attackers, martyrdom is preferable to capture, trial and spending many years in prison, our correspondent added.

Police have said cordons will remain in place and extra police patrols will be held across the capital.

The prime minister, who has returned to Downing Street from his constituency, has been convening a meeting of the government emergency Cobra committee.

He did not talk about the identity of the attacker, but said he had “long argued that it is a mistake to allow serious and violent criminals to come out of prison early”.

Mr Johnson added that the emergency services and members of the public who intervened “represent the very best of our country”.

“This country will never be cowed or divided or intimidated by this sort of attack and our values, our British values, will prevail, “Mr Johnson added.

London Mayor Sadiq Khan thanked the members of the public who showed “breathtaking heroism” in running towards danger – “not knowing what confronted them”.

‘Get off and run’

Witnesses have spoken to the BBC about what they saw.

Amanda Hunter, who was on a bus on London Bridge at the time, said: “All of a sudden [it] stopped and there was some commotion and I looked out the window and I just saw these three police officers going over to a man…

“It seemed like there was something in his hand, I ‘ m not 100% sure. But then one of the police officers shot him. “

Bus driver Mustafa Salih, 62, was traveling from Borough High Street towards London Bridge where he saw emergency vehicles and the police cordon.

He told BBC London: “A police officer came up to me and said ‘ turn off your engine, get off and run ‘.

“I looked up and I could see a crowd of people coming towards me.

“One woman was crying. I ran back down to Borough High Street. It was all very scary as we did not know what was happening. “

More from witnesses at the scene

London Bridge was the scene of another attack, on 3 June 2017, in which eight people were killed and many more injured.

This latest attack comes after the UK’s terrorism threat level was downgraded on 4 November from “severe” to “substantial”, meaning that attacks were thought to be “likely” rather than “highly likely”.

The terror threat level is reviewed every six months by the Joint Terrorism Analysis Center, which makes recommendations independent of government.

Did you witness what happened? Please share your experiences by emailinghaveyoursay @ bbc .co.uk. 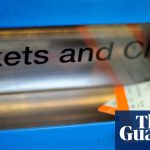 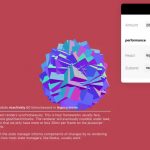