Two Cambridge graduates killed in the London Bridge terror attack both died from shock and haemorrhage after being stabbed in the chest, an inquest into their deaths has heard.

Both were attending a prison education and rehabilitation program called Learning Together, which aims to bring together academics and former prisoners for interactive workshops. Three others were injured in the attack.

Mr Merritt was course co-ordinator and Miss Jones was a volunteer at the event, organized by Cambridge University’s Institute of Criminology.

Inquests into theirs and Khan’s deaths were opened at the Old Bailey by City of London senior coroner Alison Hewitt today and adjourned to a date yet to be set.

Desmond Hugh, a detective superintendent at the Metropolitan Police, told the inquest: “At 13. 58, police were contacted with reports of a male attacking delegates at the event in Fishmongers’ Hall.

“Armed officers attended the scene. Upon arrival a male had left the building and was being restrained on London Bridge by several members of the public. He was subsequently shot by police.”

Mr Merritt was stabbed just before 2pm and was stretchered out of the building by police officers to King William Street, the inquest heard. Paramedics battled to keep him alive but he was pronounced dead at 3. 14 pm . *****

Mr Hugh said he was moved because the area had been cordoned off and evacuated, as it wasn’t clear if the public was still in danger.

He told the inquest on Wednesday: “A post-mortem recorded his cause of death as shock and haemorrhaging, and a stab wound to the chest.”

Miss Jones, who graduated from the University of Cambridge in the summer of 2018 with a Masters degree, also in criminology, was pronounced dead at 2. 25 pm inside the hall. She also died from a stab wound to the chest.

Miss Jones had recently applied to West Midlands Police to join a graduate recruitment program and was said to be “passionate about victim support”.

She had planned to use her role in the police to further her PhD at Oxford University, the inquest heard.

“He was a convicted terrorist and was found guilty of an offence contrary to Section 5 of the Terrorism Act 2006 – engaging in conduct in preparation for terrorist acts.

“He was convicted on October 7, 2011 and released from Woodhill Prison on December 24, 2018. He was subject to a counter terrorism notification order.

“Mr Khan, a convicted terrorist, joined the Learning Together program at the latter end of his sentence and was at the venue to participate within group workshops,” Mr Hugh told the inquest.

Senior coroner Ms Hewitt asked if Khan was shot while he was still on London Bridge, and Mr Hugh confirmed he was. He said he was pronounced dead at 3. 07 pm.

He added: “Mr Kahn was examined by a pathologist who recorded a cause of death as shock and haemorrhage, and multiple gunshot wounds to the chest and abdomen.” 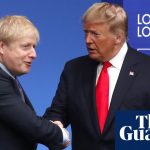 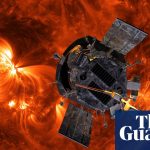