In a Sept. 19statement, the Food and Drug Administration (FDA) announced Torrent Pharmaceuticals Limited voluntarily expanded the recall to include additional lots of its Losartan Potassium Tablets USP and Losartan Potassium / hydrochlorothiazide tablets, which are used to treat hypertension, hypertensive patients with Left Ventricular Hypertrophy, and nephropathy in Type 2 diabetic patients.

The ingredient detected in the tablets was identified as N-Methylnitrosobutyric acid (NMBA), a known animal and potential human carcinogen. The company said the recall only affects products found to have more than the FDA-allowable amount of NMBA.

“Patients who are taking Losartan Potassium Tablets, USP and Losartan Potassium / Hydrochlorothiazide Tablets, USP should continue taking their medication, as the risk of harm to the patient’s health may be higher if the treatment is stopped immediately without any alternative treatment, ”the FDA said, advising patients to contact their pharmacist or doctor about an alternative medication.

The news marks the fifth time the company has expanded the recall. The fourth was announced in April.

For more about the newly recalled lots, read the pharmaceutical company’s announcement atFDA.gov. 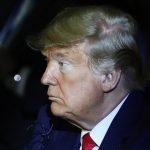 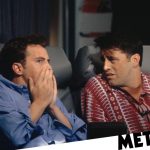