In a recent study, a group of researchers has suggested long term benefits of consuming a low-fat diet.

The study has been published in the journal ‘Nutrition.’

Dr Garnet Anderson, co-author of the study and director of Fred Hutch’s Public Health Sciences Division, said: “While there are many diets that provide short-term benefits likeweight loss, this study scientifically validates the long-term health effects of a low-fat diet. ”

In order to understand the study well, the researchers incorporated nearly 49, 000 postmenopausal women across the US to test whether a low-fat dietary pattern would reduce the risk of breast and colorectal cancers and coronary heart disease.

“The latest results support the role of nutrition in overall health, and indicate that low-fat diets rich in fruits, vegetables, and grains have health benefits without any observed adverse effects,” said Dr Ross Prentice, member of the Cancer Prevention and Biostatistics programs with Dr Anderson.

Unlike other studies examining the link between diet, cancer and other diseases, WHI investigators designed the study as a long-term, randomized controlled clinical trial to limit bias and establish causal conclusions.

Participants made intentional dietary changes resulting from learned integrated concepts about nutrition and behavior, taught by trained nutritionists during the first year and reinforced quarterly for nearly a decade.

“The sheer number of new diets and nutrition trends can be overwhelming to people who simply want to know,‘ What should I be eating? ‘”Said Anderson. 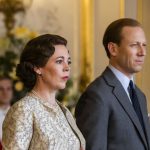 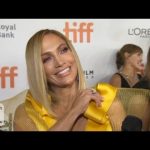