Lumen – Elixir and Erlang in the Browser, Hacker News 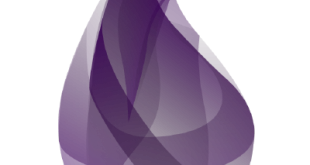 The Lumen Project is an alternative implementation of the Erlang VM, more known as the BEAM. It is designed to work     in WebAssembly with the specific goal of bringing Elixir and Erlang to the browser.

(Note: Lumen is still a pre-release set of tools. Don’t expect anything to work.     Don’t expect any special features. It is moving steadily beyond proofs of concept and prototypes. But it is not a     complete     solution or full-fledged experience yet. If you want to know more about the details I really recommend the      announcement keynote from ElixirConf , YouTube at the     link, embed below.

This is not prime-time yet. With that disclaimer out of the way. The crew that is doing this work     have been put together and funded by DockYard. That company is apparently hell-bent on making sure Elixir has enough     cool projects to keep this blog running indefinitely. Much appreciated.

The Lumen team is working with the BEAM as     their reference implementation, so while this is an alternate implementation that will differ in some details I     Don’t expect this to be a split of the community efforts in any noticeable or detrimental way. As for my part in     this, I’m just enthusiastic about it and I’m at most a community contributor. I’m not involved or paid beyond my own     interest. If someone wants to pay me to work on Lumen in any capacity, I probably would. But that’s not the case so     the unbridled enthusiasm is my own.

So what do I think it means? Well. Phoenix LiveView provides one way of minimizing the amount of JS we as developers     have to write and allow us to potentially focus on the application and let the harsh separation of frontend and     backend fade into the background. Ideally. But if you have an application where the UI is highly interactive     LiveView might not be the ideal solution. Server roundtrips can make it untenable, you might have specific needs     that concern some web APIs. This is one case where I can see Lumen step in.

Brian Cardarella (of DockYard) has touched on Javascript development being a fairly significant timesink in client     projects compared to what it has been in the past. I don’t think of this as a big push for isometric applications in     Elixir. But it would allow some of that. I think of it as being able to build the web-equivalent of     the Scenic framework for web UI. Native web UI elements with the resilience of a supervision tree. Functional     principles, not just tacked on in a prototype OOP whatever-JS-is-these-days. It also means     that we can have a single project where some things are compiled to the frontend with Lumen and the backend runs on     the battle-tested BEAM. I think we can discover ways in which OTP principles allow us to create new and useful web     frameworks. And for those of us who enjoy Elixir or Erlang, we can work in our language with paradigms we enjoy.

An aside. I’m trying not to bash on Javascript because the community gets enough flack and that’s not what     this is about for me. JS and its ecosystem is not my preference and I have a hard time getting excited about JS as     the future. I write things in JS and I don’t overly complain, I’m a professional, not a baby. I also don’t hold it     against anyone if JS is their jam. That’s fine. Back to Lumen.

What are the trade-offs of Lumen? Well, WebAssembly is still fairly fresh. The whole bindings thing between     WebAssembly and     Javascript is still early last I heard. So battle-tested it ain’t. I think the Lumen team is taking a thoughtful and     healthy approach to avoiding unnecessary bloat on the client. However, I think it will still be a bit on the heavier     side compared to straight JS or something that is only Rust -> WebAssembly. Time will tell.

Another trade-off is that we are leaving behind the years of proven reliability of the BEAM. Lumen should provide the     same potential to build resilient systems. But it won’t have the raw history of time in production of the mainline     BEAM. So that’s a thing.

So what are they doing to make this feasible for web frontend dev? Well, as it stands Lumen provides modules that     allow interaction from BEAM languages ​​to the DOM, they are basic right now but the principles seem sound. Size is     kept     Down by instead of providing a (big honking) VM that runs BEAM bytecode they are compiling whatever parts of the     runtime are actually needed and only those. Essentially it compiles everything ahead of time and strips out anything     you don’t need that is in the Erlang or Elixir standard libraries. This kills hot code pluggability but seems     entirely worthwhile. So it all compiles through LLVM with a combination of BEAM languages ​​and Rust into a     WebAssembly result that you can run in the browser. This is based off of what I’ve read, heard and seen but I     reserve the right to be wrong about the details. I haven’t gone deep enough to know first-hand.

The browser is a powerful runtime and that’s how a lot of web apps use it. I think the Rust WebAssembly efforts do a     lot to empower us developers to start considering non-JS options. I’ll happily use JS in the future for things big     and small. I just don’t love the language and its not my preference. And in the long term, having things like Lumen     will make the web a more powerful platform. There are also a lot of new tech that is targeting WebAssembly as a new     common language, I think Lumen may end up having surprising potential in environments where the BEAM is a bit big or     full ahead-of-time compilation makes more sense.

Note: Lumen is still a pre-release set of tools.

So can you try this bleeding-edge     technology? Yes. I did. And then I hassled #lumen on Slack until I was content that     there was something I could show that would be the correct level of interesting and exciting. So now I can share a     fairly straight-forward approach to getting started with Lumen. It ends up running the interpreter in the browser     rather than the process outlined above which would be compiling everything down to WebAssembly.

There is a Pull Request for the Lumen project as I just updated one of their examples to try making it more     complete. You can find my branch and the relevant example here and     try it yourself.

So lets walk through it. Lumen is built in Rust and if you want to help them with development you can follow the     README at the root of their repo to get a proper project setup . But to     simplify, here come the compressed install instructions for MacOS. Start out with cloning the project git repo

from my GitHub , checkout the `interpreter-demo-updates` branch. We are     using my branch because the PR is still in flight. I’ll try to update this when it has been merged.

Previous Colossus Virgil van Dijk is the Premier League's Greatest Ever Center-Back, Crypto Coins News
Next Bitcoin’s prospects in the Year of the Rat