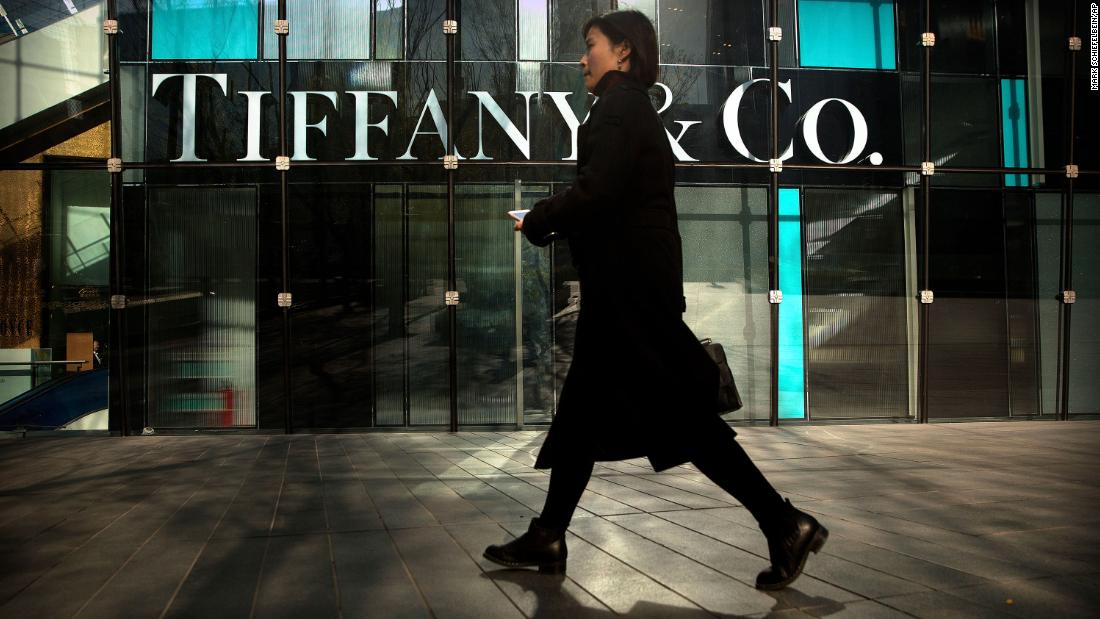 Hong Kong (CNN Business)LVMH(LVMHF)andTiffany & Co.(TIF)are finally getting together after weeks of anticipation.

The two companies announced Monday that LVMHwill buy the Manhattan jeweler,famous for its little blue boxes and Fifth Avenue flagship store. The French luxury group will pay $ 135 per share, valuing Tiffany at about $ 16 .2 billion.

A deal had been expected for weeks. Tiffany and LVMH both confirmed in October that they were in talks to combine after Paris-based LVMHreached outwith an unsolicited initial offer of $ 14 .5 billion. That was already a premium over Tiffany’s stock price at the time.

The deal is one of the largest in the history of the luxury sector and in the career of LVMH CEO Bernard Arnault,Europe’s richest man

LVMH is the world’s biggest luxury group and home to 75 different brands, includingChristian Diorand Bulgari. Analysts have been bullish on its latest deal, saying that Tiffany is a good acquisition target because of its strong global brand.

“A takeover of Tiffany could make a lot of sense, “analysts at Bernstein wrote in a research note last month. While Tiffany is one of the world’s best-known luxury brands, analysts say it still has room to grow, particularly in jewelry and watches. And LVMH’s deep pockets could help Tiffany turn around after a rocky few years, and fuel its effort to better connect withmillennial consumers.

In a statement Monday, Tiffany chairman Roger N. Farah said the deal wouldgive the company “an exciting path forward with a group that appreciates and will invest in Tiffany’s unique assets and strong human capital.”

The deal would also bolster LVMH’s jewelry and watch lineup, which already includes legacy brands such as Hublot and TAG Heuer. It would also boost the French company’s presence in the United States, which accounts for about a quarter of its revenue.

LVMH has for years been the top seller of high-end goods, according to a Deloitte analysis published this year. But sales in its jewelery and watch division make up only 9% of the company’s total revenue.

Tiffany, a 182 – year-old jeweler, employs 14, 000 people and operates 300 stores around the globe. In recent years, however, its saleshave slumped.

LVMH, meanwhile, has enjoyed much more success amongmillennials, attracting attention from prominent influencers including Kylie Jenner and Cardi B. It owns major fashion houses such as Fendi and Louis Vuitton, as well as beverage brands Moet and Hennessy. Earlier this year, the conglomerate acquiredRihanna’s Fentyand Fenty Beauty fashion and cosmetics lines, which have enjoyed unique success marketing to a diverse swath of young women.

Tiffany and LVMH said Monday that the deal is expected to close in the middle of 2020.