San Francisco– Nineteen women and one man filed a new lawsuit claiming Lyft puts riders in danger. The women are saying they were raped or sexually assaulted by Lyft drivers.

They shared their stories not far from Lyft’s San Francisco headquarters. In each ride, the women said they took a nap and were jolted awake.

They are thelatest alleged victimsto accuse Lyft and the rideshare industry of far-reaching safety failures. There have been more than 500 allegations against Lyft and Uber between 2014 and 2018 for sexual assault, harassment, kidnapping and even death.

One woman, known only as “Jane Roe 2,” spoke to CBS News. She’s one among 20 plaintiffs in Wednesday’s complaint.

“I was holding onto the vehicle and he slammed my wrists and dragged me with his car,” she said.

“Jane Roe 1,” who was supported Wednesday by her husband, said she was raped.

“I went outside and was walking toward the car when a man jumped out of the backseat to the front and peeled out. he was speeding off, I saw my wife in the backseat, “her husband said.

When police located the car, his wife was still in the backseat and the driver was arrested.

In addition to seeking damages, the women and their lawyers are demanding Lyft install cameras in all of their cars.

In a statement, Lyft said they’ve launched more than 15 new safety features this year including background checks. But lawyers said eight of their clients were allegedly assaulted since those measures were implemented. 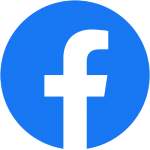