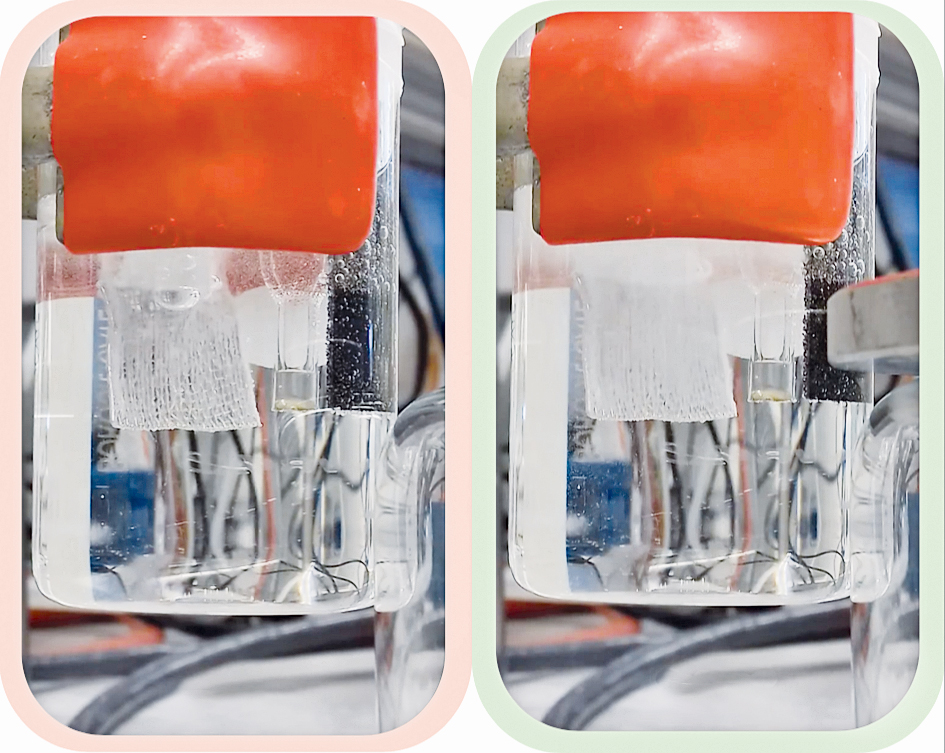 A gently bubbling electrolyzer (left) suddenly doubles its output of hydrogen and oxygen when a magnet is placed next to the anode (right).

Using nothing more than a $ 10 magnet, researchers have doubled the hydrogen output of a water-splitting electrolyzer (Nat. Energy2019, DOI: 10 / s 41560 – 019 – 0404 – 4). If the approach can be scaled up, it has the potential to slash the costs of producing hydrogen from water, making the clean-burning fuel greener.

Hydrogen is often touted as a clean fuel because its combustion produces no carbon dioxide or other pollutants, only water. But about half of the world’s hydrogen is made by steam-methane reforming, which isresponsible for about 3%of our global CO2emissions.

Only 4% of hydrogen is made by the electrolysis of water, largely because the process is so expensive. Reducing the cost of electrolysis — or increasing its hydrogen yield — offers a route for the gas to become an economically viable fuel produced by renewable electricity.

Alkaline water electrolysis is the cheaper of the two commercially available technologies and has been used for over 50 years, but it is less efficient than expensive polymer electrolyte membrane systems. “The advantage of alkaline conditions is that you can use really abundant metals in the electrodes,” saysJosé Ramón Galán-MascarósAt the Institute of Chemical Research of Catalonia (ICIQ), who led the magnet research.

With a magnet placed next to the anode, the electrolyzer doubles its output.

Alkaline water electrolyzers typically contain a solution of potassium hydroxide and two nickel-based catalytic electrodes separated by a porous membrane. Water molecules combine with electrons at the cathode to produce hydrogen gas and hydroxide anions, while the anode converts hydroxide into oxygen gas, electrons, and water.

Galán-Mascarós and his team focused on the oxygen-evolution reaction, the slowest part of this process. They coated a nickel foam anode with magnetic nickel zinc ferrite and used it in an electrolyzer running at about 1.6 V. When they placed a commercial neodymium magnet next to the anode, it roughly doubled the current density at the anode without requiring any additional voltage. This doubled the rate of oxygen production and caused an equivalent increase in hydrogen output. “They get a huge current density,” saysRon Naamanat the Weizmann Institute of Science , who has also worked on improving the oxygen-evolution reaction in water splitting. “It’s very, very beautiful.”

After testing a variety of different anode materials, the ICIQ team found that the effect depended on the degree of anode magnetization and did not work at all with nonmagnetic anodes. This suggests that the effect is linked to the electron spin states of oxygen intermediates bound to the catalyst, says Galán-Mascarós.

During electrolysis, two oxygen atoms bound to the catalytic anode surface come together to form oxygen gas. For this reaction to occur, the oxygen atoms ’electrons have to be aligned in a particular way. O2contains two unpaired electrons with parallel spins, known as a triplet state, so the precursor atoms must bear parallel spins in order to join. The researchers suggest that the magnet aligns electron spins within the catalytic anode, which in turn controls the spin state of oxygen bound to its surface. This ensures their spins are favorably aligned to form an oxygen-oxygen bond. Naaman says the ICIQ team has clearly proven that spin is involved in speeding the oxygen evolution in the magnet-assisted reactor. “But the details of how spin affects the reaction on the surface are very complicated,” Naaman says. “The detailed mechanism is not yet understood completely by anyone.”

The effect is not unprecedented, though. Naaman previously found that chiral catalysts coated onto an electrode could produce a similar, albeit smaller, effect on the oxygen-evolution reaction (J. Am. Chem. Soc.2017, DOI:10. 1021 / jacs.6b 12971), and theoretical predictions have suggested that a lack of spin alignment was a problem for oxygen-evolving anodes.

In the current research, the neodymium magnet’s field was about 0.4 Tesla, roughly 40 times stronger than a fridge magnet. Galán-Mascarós expects that other forms of magnet could achieve the same effect. His team is already in discussions with electrolyzer manufacturers and hopes to incorporate magnets into an industrial prototype electrolyzer. 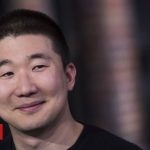 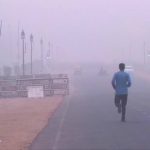