MUMBAI: As the countdown to the end of the previousMaharashtraassembly’s term on November 9 (Saturday) began, state BJP chief Chandrakant Patil met governor B S Koshyari on Thursday but the party didn’t stake claim to form government. Immediately after the meeting, the governor began consultations with advocate general Ashutosh Kumbhakoni on the legal and constitutional options available amid the continuing political uncertainty.
Away from Raj Bhavan, drama unfolded in Bandra in the afternoon with the Shiv Sena corralling all its MLAs into Rangsharda hotel after they had held a meeting with party presidentUddhav Thackerayat Matoshree.
BJP’s hopes soared , albeit briefly, in the afternoon following reports that Uddhav had told his MLAs he “did not want to snap ties with BJP but it was for BJP to take a decision”. That decision, he said, was about implementing the “50: 50 ”formula“ agreed upon ”between the saffron allies, indicating the Sena was adamant on its demand to get the CM’s post for 2.5 years.
Pre-poll allies BJP and Sena, with 105 and 56 seats, respectively, are well beyond the majority mark of 145 in the 288 – member assembly but have been unable to reach a power -sharing agreement so far.
Amid the impasse with the Shiv Sena over government formation, Maharashtra BJP chief Chandrakant Patil called on governor BS Koshyari on Thursday. “We apprised the governor of the current political situation and discussed the future course of action and legal issues that would arise,” Patil, who was accompanied to Raj Bhavan by finance minister Sudhir Mungantiwar, irrigation minister Girish Mahajan and school education minister Ashish Shelar, said.
He admitted it was taking longer than usual to form the government though the mandate was for the BJP-Sena alliance. He said the people expected the “Mahayuti” to form the government. “Based on our talks, the BJP core committee will hold discussions and decide the strategy for what is to be done,” he noted.
A BJP leader told TOI they had brought to the governor’s notice the fact that the party was feeling “ditched” by the Sena though they had a pre-poll alliance and a clear majority.
After the BJP leaders left, AG Kumbhakoni called on the governor and held a closed-door meeting with him for about 20 minutes, sources said.
There were reports late on Thursday evening of RSS chief Mohan Bhagwat having sent a message to Uddhav via a senior RSS functionary to join the BJP-led “yuti” and end the political deadlock. Hindutva ideologue Sambhaji Bhide too went to Matoshree to meet Uddhav and try and convince him to end the impasse, sources said. But he could not meet Uddhav.
At the meeting at Matoshree in the afternoon, which was attended by (MLAs) 56 of Sena and eight others supporting the Sena), Uddhav said if BJP decided to give “what was decided before the Lok Sabha polls”, their leaders “should call me, and we will sit for discussions”. All Sena MLAs unanimously authorized him to take the final decision on government formation. “Uddhavji’s will be the final word,” said Sena MLA and whip Sunil Prabhu.
Mobile phones were not allowed in the Sena meeting and right after the meeting, all the party legislators (excluding the Independents and rebels backing it) were moved to Rangsharda, where they will be staying for the next two days. Abdul Sattar, the MLA from Sillod who recently moved from Congress to Sena, said, “The next CM will be from the Sena.”
BJP leaders went from Raj Bhavan straight to Varsha, CM Devendra Fadnavis’s official residence, where they were closeted in meetings even as they followed Sena’s utterances on TV. BJP sources said efforts were still on to persuade the Sena to come on board.
Meanwhile, Sena MP Sanjay Raut said the political instability had been caused by BJP and was hurting the state. “If BJP has 145 MLAs with it, why are they not forming the government? Why return empty-handed from the governor’s bungalow? BJP should declare it is not in a state to form government, then we will take our decision, ”Raut said.
Asked if President’s rule would be imposed in the state, he said, “The Constitution is for the people of this country, it is not their (BJP’s) personal property. We will elect a Sena CM constitutionally. ”
Claiming that Sena had the numbers to form the government, Raut said, “We don’t need to show that here, we will show it on the floor of the house. We have alternatives, we don’t speak without options. ”Raut added that the mandate that BJP keeps talking about was given by voters considering all the promises BJP had made to the Sena before the alliance. “Now the voter is watching and wants BJP to make way for a Sena CM,” he stressed.
A BJP MLA from Jalna said, “No MLA wants President’s rule or repoll. I have been elected a second time and in these five years, I have not had the opportunity to bring my wife to Mumbai for a holiday. It is not easy working as an elected representative, and an election is tedious. We want to get development in our constituencies and want the government to be formed at the earliest. ”
However, prominent MLAs from BJP, NCP and Sena said that given the imbroglio, President’s rule at least for some time might just become inevitable. While many BJP legislators think President’s rule will put an end to Sena’s shenanigans and allow the Center to rule, many others feel it might affect BJP’s image. 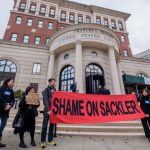 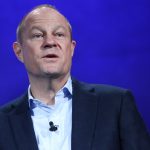