NEW DELHI / MUMBAI: With the war of nerves betweenShiv Senaand BJP stalling formation of a saffron government in Maharashtra, Congress leaders from the state met party chiefSonia Gandhiin the national capital on Friday.
After the meeting, they said Congress would “wait and watch” the situation unfold. However, an NCP leader said party chief Sharad Pawar would meet Sonia Gandhi in New Delhi on November 4, where the issue of supporting a Sena-led government would be discussed.
For their part, neither BJP nor Sena took any step towards ending the impasse on Friday, with Sena MPSanjay Rautsaying his party was ready to form the government and prove majority on the floor of the house.
While the Congress leadership appeared to suggest it was not eager to wade into the row between the saffron allies, the party’s leaders from Maharashtra are learnt to have alerted the top brass that it should be prepared with a response to scenarios that may arise soon.
If Sena and BJP fail to reach a compromise, a section in Congress wants the party to join hands with NCP and Sena.
However , the leadership seems to be weighing the pros and cons. Some leaders think it is for Sena to make a proposal. While Congress has not engaged with Sena, its partner NCP has. Congress-NCP discussions have continued ever since the poll results were out on October 24.
” We are waiting and watching the political drama in Maharashtra. Congress has not put forth any claim. Sena has not given us any proposal, nor has there been any dialogue with it, ”former CM Ashok Chavan told TOI. However, Chavan did not mind taking sides in the saffron conflict. “BJP is responsible for this situation. It is apparently not fulfilling the promises it made to Sena, ”he said.
Mumbai leader Milind Deora said, “Congress will not allow itself to be used as a bargaining tool. We have been given a mandate to sit in the opposition and will fulfillil that mandate. ”
As it appears, Congress would prefer that Pawar take the lead. Being head of a regional party known for having a broad political network, the situation suits him better. He is anyway in open contact with Sena leaders, a situation that Congress can ill-afford.
A senior AICC leader said Congress has to be ready for any situation, but a partnership with Sena can only mean NCP and Sena forming the government, with outside support from Congress.
But the longevity of such an arrangement would always be in question, and the leadership is not sure if such an unsure enterprise is worth the “ideological compromise” with Sena.
In any case, Congress managers said the view in the party is that the stalemate between Sena and BJP should be watched till the end, either resulting in an alliance or a break-up. It is only then that Congress can think of moving ahead. 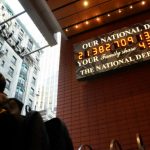 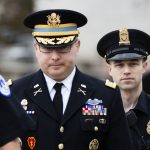