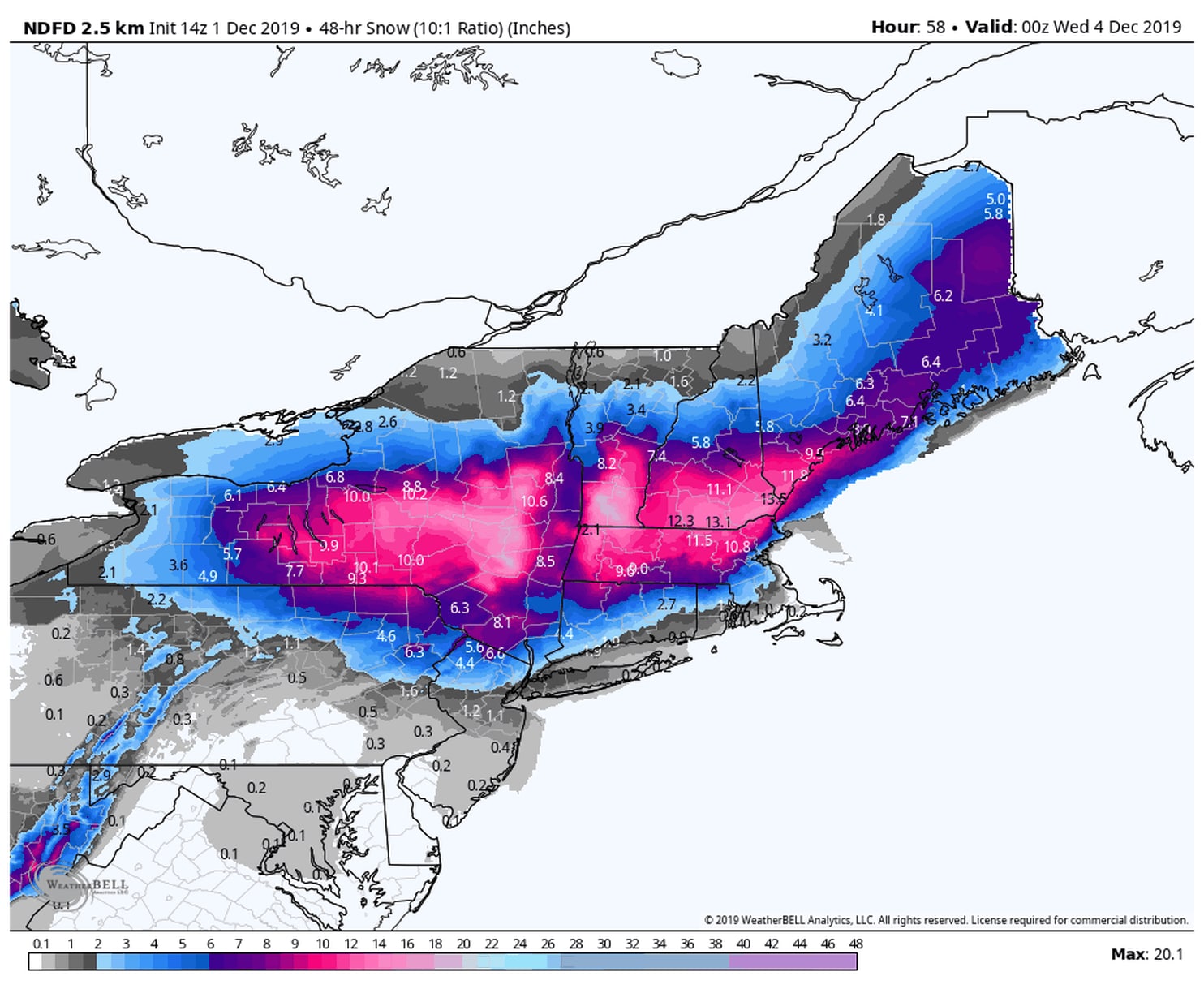 A look at snowfall estimates predicted by the National Weather Service.

Millions of Americans who had to navigate abomb cycloneand a Midwest wind storm on the way to Thanksgiving will encounter more inclement weather when returning home Sunday and Monday, as a major winter storm takes shape in the Northeast and a new storm hits the San Francisco Bay

In the Northeast, heavy snow, mixed precipitation and strong winds are expected to develop in many areas beginning as early as Sunday. Freezing rain was already falling in parts of Pennsylvania on Sunday, making roads hazardous, and the stage is set for a burdensome Monday morning commute for many from New York to Portland, Maine.

As the storm intensifies off the Mid-Atlantic coast, flight disruptions are likely to increase.

Already, delays exceeded two hours at Newark and an hour at La Guardia in New York, two airports that were expecting a mix of snow and rain on Sunday. Delayscould mountlater Sunday and extend into Boston, Washington and Charlotte, among other locations, because of low clouds and a heavy smorgasbord of precipitation.

Aside from the East Coast storm, snow was falling in Minneapolis on Sunday morning, though not as heavily as the storm that hit there last week. Minneapolis-St. Paul International Airport is a major hub for Delta Air Lines.

Road travel in northeastern Minnesota was not advised because of a combination of light snowfall and high winds, which was creating blizzard conditions near Duluth.

While motorists on the bulk of roadways in the rest of the Midwest were traveling at or near normal speeds as of Sunday morning, there were several slowdowns in northern Michigan, including along Interstate 75. Heavy snow was just exiting the region after dropping more than half a foot locally.

Along the West Coast, flight delays of greater than two hours were already on the board, according to the Federal Aviation Administration’s website as of early Sunday, as a significant storm system known as an “atmospheric river” because of the sheer amount of water vapor contained within it hits the area.

That storm is causing high winds of up to 50 mph throughout the San Francisco Bay region, slowing air traffic into airports in San Francisco, Oakland and San Jose. While rain has fallen intermittently in San Francisco, the heaviest showers are concentrated south near Monterey. The storm is also dumping heavy snow in the northern Sierras.

As of Sunday morning, the storm that will evolve into the first big storm of the 2019 – 2020 winter season in the Northeast was centered 700 miles west of New England, just east of Chicago.

But its expansive precipitation shield was branching well off to the east, with heavy rains and downpours reaching as far south as Augusta, Ga. That slug of moisture – which has slowed traffic on Interstate 95 along much of the Eastern Seaboard – wrapped all the way up through Washington, Baltimore, Philadelphia, Buffalo and even into Detroit , before curling north as snow in northern Wisconsin and Michigan.

The storm is reshuffling, though, transferring its energy to a new developing low off the Mid-Atlantic coast. That is making for turbulent flights for those traveling through the Northeast, a zone of low pressure set to quickly intensify well east of the Jersey Shore. That secondary low will take over as the main storm system Sunday night, spreading heavy precipitation up the New England coast.

One effect of the storm is that air travelers who endured extremely bumpy flights out on Wednesday are also having to deal with moderate to at times severe turbulence on Sunday, as the low-pressure area begins to transfer its energy to a coastal storm.

Wintry weather was settling over the Appalachians on Sunday morning behind the storm’s cold front, where storm warnings peppered the high terrain of eastern Tennessee and western North Carolina.

For parts of Pennsylvania and West Virginia, though , the story was one of freezing rain – enough to accrete as a treacherous glaze that could turn outdoor surfaces into frosty slip-n-slides. With up to a quarter-inch of icing expected, the National Weather Servicewarned of“nearly impossible” travel conditions and sporadic power outages. The bulk of it was forecast to wrap up for central and western Pennsylvania by midafternoon, though road travel could remain difficult to impossible for hours afterward.

Welcome to the start of meteorological winter. Are you prepared for this winter storm? Latest forecast snowfall totals for# nywx# ctwx# mawx# vtwx. Remember, safety first as we have included tips for shoveling the snow.pic.twitter.com/Udu3g8WEKv

As the storm evolves, it will bring snow to a small part of Pennsylvania, specifically the northeast, beginning later Sunday and extending through Monday and possibly into early Tuesday. There, amounts could build to as much as 9 or 10 inches as one nears the New York border.

Snowfall totals of a foot-plus are possible in eastern New York state east of Interstate 81 by the time the long-duration storm ends. Pockets of up to 18 inches may punctuate some spots in the Catskills and Hudson Valley.

A high-resolution model’s look at timing and anticipated precipitation type with the upcoming storm. Notice the messy mix for much of coastal New England. (WeatherBell.com)

To the east, the main action is just getting started. An initial band of heavy snow swept through much of New York state around 9 a.m., providing a taste what is to come. But in Massachusetts, Rhode Island and Connecticut, the radar was deceptively quiet early Sunday. It won’t be for long.

Rain and mixed precipitation , which are ongoing in New York City, won’t arrive into Boston or Providence, RI, until close to dark, increasing in intensity during the late evening hours and transitioning to a mostly rain event for both cities during the overnight.

The precipitation could be enough to snarl travel along I – 95 and more inland routes between New York and Boston, especially as the day goes on.

Travelers getting a later start on their post-Thanksgiving journey are likely to encounter more severe weather in the Mid-Atlantic and Northeast as the storm slowly congeals.

Delays both on the road and in the air are likely to increase throughout Sunday in the Northeast and Mid-Atlantic, and anyone traveling there Monday morning to beat the Sunday rush is likely to encounter even more problematic conditions as precipitation gets heavier and winds increase along the coast.

The National Weather Service in Boston noted that “surface observations shows temps 2-3 degrees warmer than forecast in some locations” already, with a wedge of warm air expected to enter at the mid-levels as the storm makes its closest pass to the coast Sunday night. Along the immediate coastline, it’s a “kitchen sink” storm, with an unwelcome sampler pack of sleet, freezing rain and plain rain alternating shifts.

But farther inland, it’s looking as if mostly snow will fall. Totals will walk a steep gradient, increasing quickly west of the I – 95 corridor.

New York City proper isn’t under any weather alert right now, but heavy snow is possible just to the west. The same is true in Boston and Providence, which are under winter weather advisories instead of winter storm warnings. These two cities are ground zero for the dreaded dance of the rain-snow line.

It both cities, it will be a “snow sandwich,” with snow at the onset on Sunday and the tail end sometime Monday into Tuesday morning but predominantly rain and mixing in between.

All precipitation should wind down west to east Tuesday morning, clearing all but Maine by noontime Tuesday. Regions east of I – 95 in Maine could see 4 to 6 inches total.

The Weather Service is forecasting Boston would wind up with 4 to 6 inches when all is said and done, but that might be a bit generous given the relatively warm air involved. In Providence, the forecast calls for 2 to 4 inches, with the cape and islands left out on nearly everything.

Coastal Connecticut won’t see more than a few inches, either. Two to 4 inches for places like New Haven and Bridgeport seem reasonable, with heavier amounts toward Hartford.

In interior Massachusetts, around a foot (or more) is likely in two areas – one just west of the Blackstone Valley from Worcester to Fitchburg, with another along the east slopes of the Berkshires. The Weather Service is calling for as much as 14 to 16 inches there.

Heavy snow is also forecast to extend into central and southern Vermont and New Hampshire. The Hudson Valley of New York and portions of northeastern New Jersey could pick up at least several inches of snow before the storm exits on Monday, as colder air filters into the region.

Winds at the height of the storm will also gust near 40 mph near the coast, with less forceful breezes anticipated inland.

On the plus side, the long duration of the storm means that road crews should have an easier time keeping up with it. 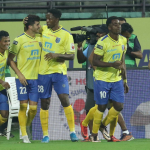 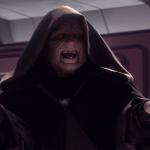