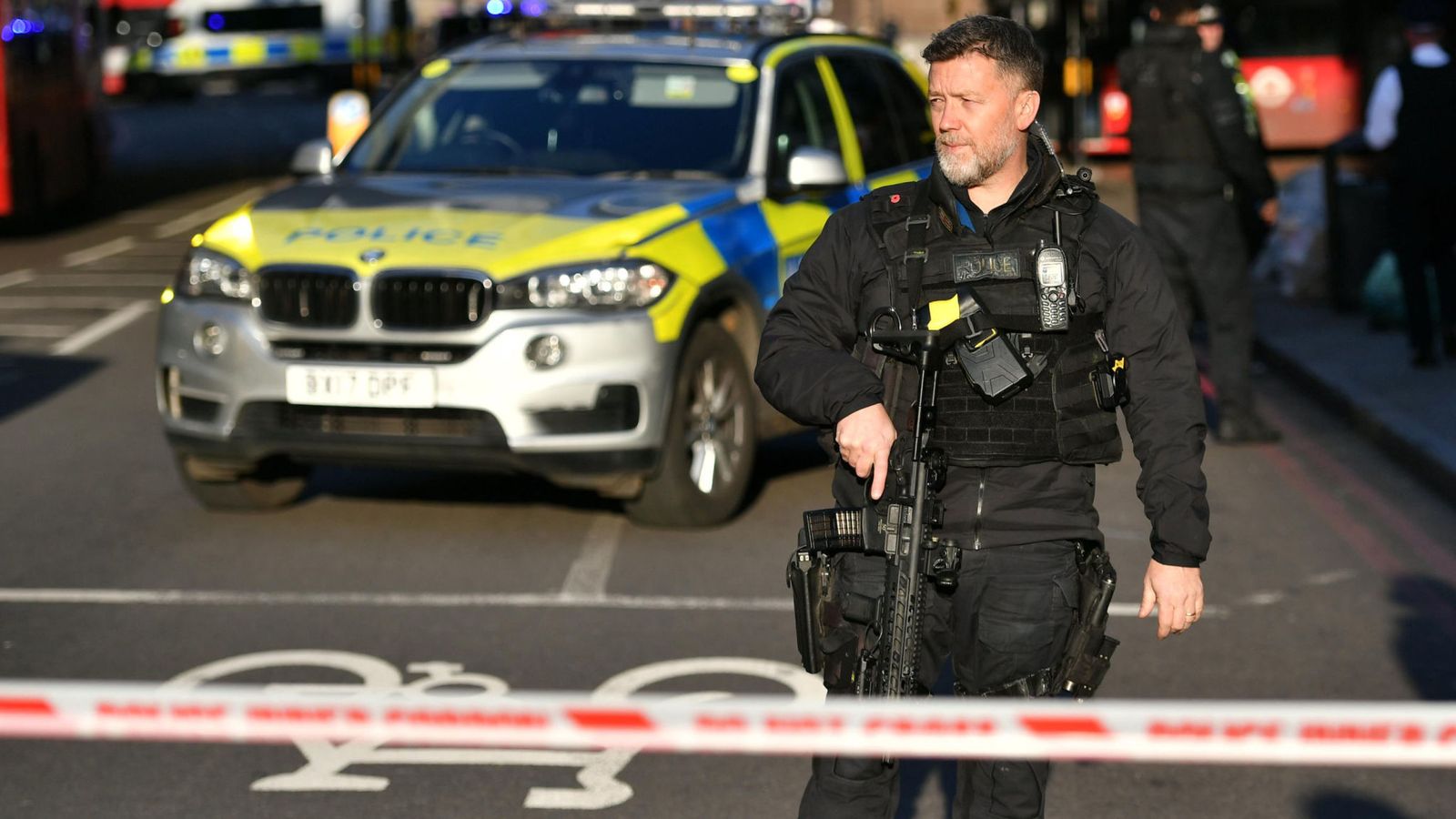 At least one person has been killed in a suspected terror attack around London Bridge.

A person is believed to have started attacking people with a knife and was then, according to witnesses, shot by police.

Footage circulating on social media showed members of the public initially detaining the man and taking possession of the knife.

One person, who is not the suspect, has been killed, and there are multiple casualties, police told Sky’s home affairs editor Mark White.

Met Police will be making a statement at 4pm .

A Met spokesman said: “Police were called at 1. 58 pm to a stabbing at premises near to London Bridge. officers from the Met and City of London Police.

“A man has been detained by police. We believe a number of people have been injured.”

Just after 3. 20 PM, Met Police added: “At this stage, the circumstances relating to the incident at London Bridge remain unclear.

” However, as a precaution, we are currently responding to this incident as thought it is terror-related .

“One man has been shot by police.”

Video from the bridge shows a group of up to 10 pedestrians tackling a person, with one pedestrian grabbing a large knife, before police tell them to get off the person and a shot is then heard.

Another video taken from a different angle shows one armed police officer at the beginning of the northside of the bridge crouched behind a police car aiming a gun down the bridge.

The video then moves to an unresponsive person on the pavement on the east side of the bridge.

Another video showed three officers pulling a man wearing jeans off the person on the ground before they step back back.

Pedestrians on London Bridge, one of the main Thames crossings into the City, were seen running back towards the southside of the bridge, while drivers were seen abandoning thei r cars and running back.

Offices around the bridge are on lockdown and London Bridge station is closed, while trains are not stopping, British Transport Police said.

Joe, who was evacuated from his office overlooking London Bridge as he spoke to Sky News, said: “We saw loads of police cars heading towards the bridge. We saw a man on the ground and police pointing guns at him. “

He added he later saw a lady being carried away from the scene.

Several police cars have been pictured on the bridge, with a lorry stopped across the central reservation of the dual carriageway which police then tried to enter as they pointed guns at the trailer.

Police have cordoned off the bridge.

Pavements on both sides of the bridge have large bollards on to prevent vehicles. They were installed after the 2017 London Bridge terror attack. 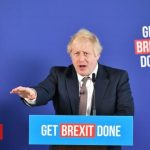 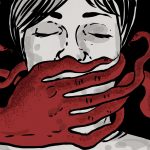