The former Prime Minister said that institutions of “our liberal and libertarian democracy” have been put to test on several occasions when fundamental freedoms were threatened.

New Delhi: Institutions of India’s liberal democracy need to be strengthened and must assert themselves in defense of the Constitution, former prime minister Manmohan Singh said on Sunday amid nationwide protests against the amended citizenship law.

Young people have recently reminded the country that freedom is best secured in the custody of enlightened citizens and when it is protected for all, he said.

In his address at the launch of former Union Minister Ashwini Kumar’s book ‘Human Dignity – A Purpose in Perpetuity’ here, Singh said institutions of “our liberal and libertarian democracy” have been put to test on several occasions when fundamental freedoms were threatened.

These institutions, nurtured over the years, need to be strengthened and must assert themselves in defense of the Constitution, he said.

The idea of ​​freedom can indeed acquire shape and form in the lives of our people only if they can live as equal citizens under the law, said Singh.

His remarks come amid raging protests against the amended citizenship law and the Kerala government approaching the Supreme Court against the CAA.

Kumar said somewhere along the line, the institutional response to challenging situations has been found wanting.

(In the pages of this book, I have endeavored to articulate the aberrations that have slowed our march towards the realization of human dignity in the hope that a purposive reflection thereon will assist to remedy the situation in these times of change and challenge, “he said. “After all, the cause of human dignity must be our purpose in perpetuity.”

Get the best of News 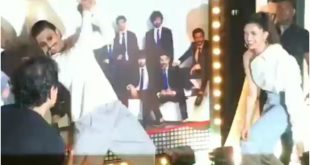