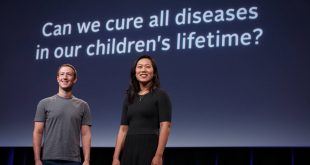 Mark Zuckerberg is teaming up with Bill Gates to try to find a drug to treat coronavirus, Recode 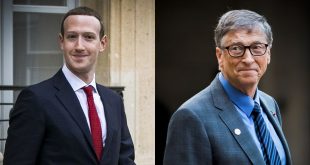 Mark Zuckerberg and Bill Gates are stepping in on the coronavirus in San Francisco and Seattle, Recode


Mark Zuckerberg is on a transparency tour. Earlier this month, the Facebook CEOheld a livestreamed version of the social media company’s normally closed employee Q & As. And on Thursday, hestreamed a live talkat Georgetown University about the company’s decisions not to ban outright false political ads and about free speech in general.

But all these attempts at transparency aren’t happening in a vacuum. The open Q&A was a response toThe Verge publishing audio and transcripts from one of these internal meetings. The free speech talk came afterPolitico reportedthat Zuckerberg was having dinners with conservative pundits and after Facebook has receivedflak for letting President Trump post false political ads.

And, perhaps more importantly, what Zuckerberg is saying doesn’t seem to be new or at all revealing. Does it matter if you’re being transparent if you aren’t really saying anything?

What he did talk about were concepts we’re all very familiar with.

On Thursday, Zuckerberg talked about the importance of free speech – giving people a voice – and how it brings people together. “More people being able to share their experiences and perspectives has always been necessary to build a more inclusive society,” he said.

He defended Facebook’sincreasingly indefensibledecision to publish political ads that contain lies, saying that to do otherwise would be putting too much power in the hands of tech company. It’s a continuation of Facebook’s“we’re a platform, not a publisher” line.

“And while I certainly worry about an erosion of truth, I don’t think most people want to live in a world where you can only post things that tech companies judged to be 100 percent true, ”Zuckerberg said on Thursday. “Banning political ads favors incumbents and whoever the media chooses to cover.”

He also downplayed the impact of Russian interference in the 2016 election on Facebook and suggested the real concern was not the content but that Russian actors were posting it.

“The solution here is to verify the identities of anyone who’s getting a wide amount of distribution and to get a lot better at identifying and taking down fake accounts, ”he said. “So we now require you to provide a government ID and to prove your location if you want to run political ads.”

It might be a good time to remember that Zuckerberg, after the 2016 election,didn’t believethat disinformation campaigns on Facebook had an impact on the election – astance he gradually reversed.

Zuckerberg also reiterated that Facebook is using AI to find and take down fake accounts –a drum he has been beatingas a solution for Facebook’s many ills.

One thing that did seem to be new was Facebook’s origin story. Instead of a way torate his fellow Harvard students’ attractiveness, Zuckerberg told the Georgetown audience that the idea arose amid uncertainty about the Iraq war, which shaped his “belief that giving more people a voice gives power to the powerless and pushes society to get better over time.”

Overall, Zuckerberg strung a lot of words together that sounded nice and were inoffensive, but they fell far short of showing that Facebook is willing to make the real hard decisions it would take to make its platform healthy. “I believe in giving people a voice because at the end of the day I believe in people,” he said. (Some have suggested that Facebook could actually fix some of its problems by changing its algorithm so it doesn’tprioritize engagement, which often is highest among divisive topics like abortion and guns – and fake news.)

Rather, it seems that all of this transparency is instead Facebook taking a defensive position as the good guy with nothing to hide. These attempts at transparency are really just a response to critics like presidential frontrunner Elizabeth Warren, who wants to break up the company. It also seems like a cover for not having fixed a whole lot since 2016.

Facebookhas yet to sharethe extensive information it promised about disinformation on the platform after the 2016 election. And foreign actors are still finding ways to exploit the platform.China has been using itin an information war over the Hong Kong protests.Networks in Iranhave been spreading disinformation to the US and Britain. Facebook has since taken down the offending accounts and posts.

Of course, people will be mad no matter what Facebook does. It appears that in reaction, Facebook is choosing not to do much of anything.

Previous New Diagnostic Architecture Overview, Hacker News
Next Juul halts sales of some flavors — but not the ones teens use most, Ars Technica 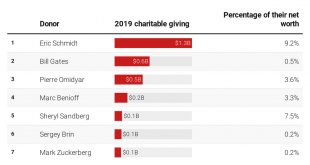 Zuckerberg and other tech billionaires give away millions – but it’s a small fraction of their wealth, Recode

On the surface, tech billionaires are very, very generous people. But when you dig into the numbers, a more complicated portrait emerges. New data collected by the Chronicle of Philanthropy offers the best yearly snapshot of the United States’ 50 biggest philanthropists, and it’s no surprise that technologists once again rank among the biggest givers.…