Massive surge of mosquitoes are back in Dubai, bugging residents Dubai: The surly rise of mosquitos this week have taken Dubai residents aback with the constant nuisance of buzzing, bites and bumps.

On Wednesday, residents living in Jumeirah and the new areas of Dubai complained of a mosquito infestation as the largely outdoor problem has now entered people’s homes.

Jumeirah resident A.B. said the mosquito issue has especially increased this past week. “My two-year old baby regularly wakes up crying from the mosquito bites. The other day we had to rush him to the hospital due to an outbreak all over his body. The doctor said it was a severe allergic reaction to mosquitoes.”

Other affected residential communities include Jumeirah Village Triangle (JVT), The Lakes, Meadows, Springs and Emirate Hills, who have all spotted a surge in mosquitos.

R.B, a resident of The Lakes, said: “I have been living in the community for years… and face mosquito problems every now and then. Emaar is doing regular fogging and pest control, however, they are an issue.”

The rise of mosquitos at this time of year should not cause alarm, as it is a regular occurrence that takes place when the weather gets cooler and stagnant water accumulates.

For long, residents of Developers of these communities regularly conduct fogging and pest control treatments to ensure minimal invasion of these pests. However, the problem continues and residents are not happy.

“We started the three-month campaign at the end of December, and are targeting all areas of Dubai, including free zones, commercial and residential areas. The campaign also includes spreading awareness on how to prevent mosquitos from infesting homes, as stagnant water is a breeding ground for insects,” said Gubran.

The UAE was certified to be malaria-free in January 2007. In 2016, health officials confirmed 5,000 people had been treated for malaria, who were infected either on their visit back home or from travelling to countries and regions where the disease is still endemic.

Malaria, a life-threatening disease is a major public health problem around the world. Malaria is typically transmitted through a bite of an infected Anopheles mosquito. Infected mosquitoes carry the Plasmodium parasite and when this mosquito bites you, the parasite is released into your bloodstream. Symptoms of malaria include shaking chills, aching muscles, tiredness, headaches and nausea. This infection can lead to kidney failure, seizure, coma, or death if not treated promptly. 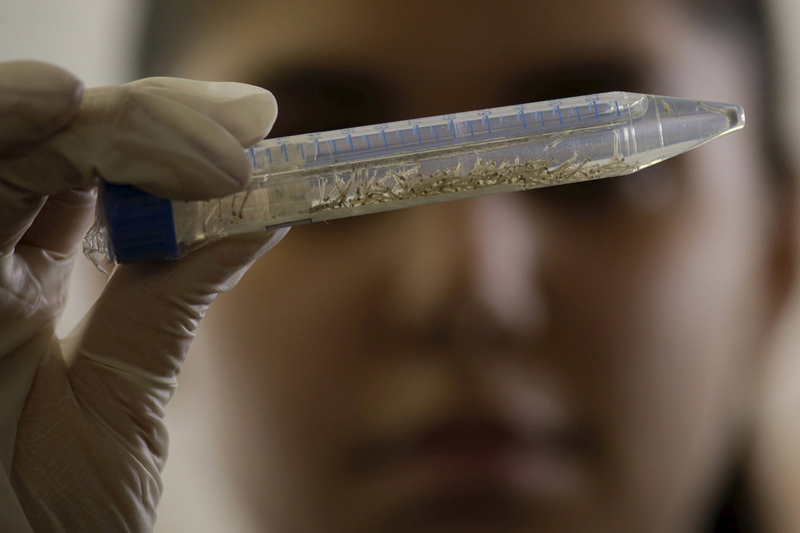 According to the Centres for Disease Control and Prevention (CDC), the Zika virus is spread to people through mosquito bites.

Though Dubai is at very little risk of being exposed to Zika virus, doctors still warn about this virus to women who are pregnant or plan to have children as this infection during pregnancy can cause infants to be born with congenital malformations, known as congenital Zika syndrome. The Zika virus is also associated with other complications of pregnancy including pre-term birth and miscarriage. 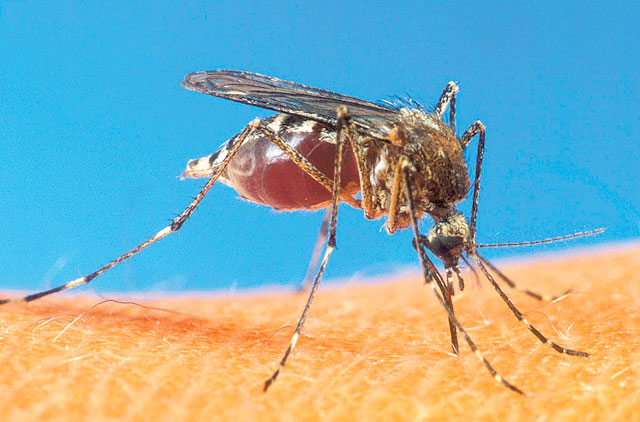 A mosquito is bloated with blood as it inserts its stinger into human flesh.
Image Credit: AFP

A mosquito bite can turn into something much more severe if it infects you with the West Nile virus. Mosquitoes transmit this virus by biting an infected bird and then biting a person. Severe symptoms can involve fever, confusion, muscle weakness, vision loss, paralysis, and coma.

Yellow fever is a serious, potentially deadly flu-like disease spread by mosquitoes. It’s characterized by a high fever and jaundice. Jaundice is yellowing of the skin and eyes, which is why this disease is called yellow fever. Symptoms may include headaches, joint aches, chills and muscle aches. There is an extremely effective vaccine available in Dubai for Yellow Fever. 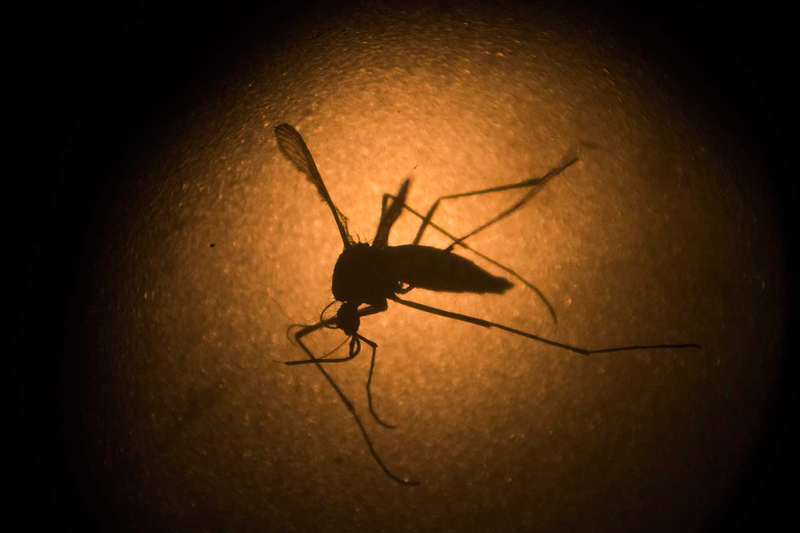 In this Jan. 27, 2016, file photo, an Aedes aegypti mosquito is photographed through a microscope at the Fiocruz institute in Recife, Pernambuco state, Brazil. Forget mosquito bites. Volunteers let researchers inject them with the dengue virus in the name of science, and an experimental vaccine protected them. Next up, scientists plan to use this same strategy against dengue’s cousin, the Zika virus. It’s called a human challenge, a little-known but increasing type of research where healthy people agree to be deliberately infected in the quest for new or improved vaccines against a variety of health threats, from flu to malaria. Wednesday’s dengue study offered more evidence that what sounds bizarre not only can be done safely, it can offer important clues for how well a shot might work.
Image Credit: AP

Dengue fever, also known as break bone fever, is a mosquito-borne infection that can lead to a severe flu-like illness. It is caused by four different viruses and spread by Aedes mosquitoes. Symptoms range from mild to severe. Severe symptoms include dengue shock syndrome (DSS) and dengue haemorrhagic fever. These usually require hospitalisation.

The post Massive surge of mosquitoes are back in Dubai, bugging residents appeared first on The Wealth Land.