In the long, slow weeks before last season’s Champions League final, Tottenham Manager Mauricio Pochettino did not l ose much sleep over his team’s physical state. It was, after all, the end of the season. His players had the miles of nine fierce, relentless months in their legs; their bodies needed a little rest and a little fine-tuning, but that was all.

Instead, he poured all of his energies into sharpening their minds. Pochettino has always held a few – by soccer standards – left-field convictions: his belief in auras; a devoutly held but rarely explained spirituality; his tendency (shared, as it happens, with Pep Guardiola) to have an incense stick burning in his office.

Above all, Pochettino believes in the power of the mind to overcome challenges, to shape destiny. So that is what he worked on in those days before the biggest game of his life, the most significant match in Tottenham’s history.

Tottenham’s aura at that point, though, was a little different. There were lingering concerns about the fitness of Harry Kane, but more pressingly – or at least more avoidably – there was the question of Pochettino’s future. It had been only a year since he had signed a long-term contract tying him to the club until 2023, but suddenly, thanks to Pochettino himself, that no longer seemed much of a guarantee.

A few minutes after his team had staged its staggering, last-gasp comeback to beat Ajax and seal a place in its first European Cup final, Pochettino had sat down in front of the assembled news media and announced – entirely unexpectedly – that if Spurs won club soccer’s grandest prize, he would consider walking away, a man with no worlds left to conquer.

Themood in Amsterdam that nightwas light and giddy; watching the impossible happen tends to blur the line between fiction and reality. Pochettino had been dancing on the field in front of disbelieving Spurs fans only a few minutes before, and he still had the patina of sweat on his forehead and the unyielding, manic grin on his face to prove it. It made it hard to know if he was being serious.

Given the chance to offer a little clarity and reassurance, though, Pochettino demurred. Over the following weeks, rather than backtrack, he doubled down. He might leave even if Spurs did not beat Liverpool, he said at one point, accompanied again by that enigmatic smile.

No more than five months later,Pochettino is gone, dismissed by Daniel Levy, the Tottenham chairman, after a dreadful run of domestic form that has left the club drifting in 14 th place in the Premier League, not just left gasping for air by Liverpool and Manchester City in pursuit of the championship, but by Leicester City and Chelsea, too, in the race for a place in the Champions League.

It is no momentary stumble: Spurs has taken only25 points from its last 24 league games, dating to February. Maintaining that form for much longer and relegation would become, if not a genuine concern, then at least a hazy possibility. Levy and the club’s board were “extremely reluctant” to relieve Pochettino of his duties, the chairman said when announcing the decision, but felt they had to act in “the best interests of the club.”

Looking back now, it is hard not to wonder if perhaps Pochettino saw something like this on the horizon; perhaps not to this scale, or with this immediacy, or even this outcome, but enough to make him wonder if the final in Madrid signified if not the high point of his time at Spurs, then certainly the end of the road.

He had arrived in London in 2014, fresh from 18 months in which he had won a phalanx of admirers for his work at Southampton. He found, in Tottenham, a team that had finished sixth the season before, its campaign so devoid of meaning and hope that, in its final home game, its manager, Tim Sherwood, had invited a fan to sit in his place on the bench , “For the banter.”

Spurs then occupied a very specific place in English soccer’s firmament: a powerhouse that was simultaneously a joke; a team that could be relied upon to fail in new and innovative and often hilarious ways; one of a handful, along with Everton, say, that saw a place in the Champions League as a hope more than an expectation. Spurs was then and is now the sixth-richest team in England. Sherwood’s finish was, in that sense, about par.

Pochettino took that team and transformed it utterly. He mounted two serious challenges for the Premier League title, in 2016 and 2017, missing out first to the miracle of Leicester City and then the more quotidian triumph of Chelsea. Over that two-year period, no other team took as many points as Tottenham.

He did it all, too, while working with a substantially tighter budget than Manchester City and Liverpool and the rest of the Big Six of which his Tottenham was now a natural part. Often, the transfer market ended with Spurs receiving more in transfer fees than it had spent.

Pochettino prioritized youth whenever he could, turning Harry Kane into England’s leading forward – and the national team captain – and nurturing the likes of Dele Alli and Harry Winks. He managed to compete when Spurs had to play its home games at Wembley Stadium while its White Hart Lane stadium was demolished and a new, space-age home was constructed next door.

He took Spurs to the Champions League final for the first time a few weeks after the stadium opened; the two events seemed proof that the club was now part of Europe’s elite, both in terms of infrastructure and horizon. Levy should take some credit for that, of course, and the players, too. But much of the success, much of Tottenham’s new reality, is down to Pochettino.

And that, perhaps, was the problem. The day after the Champions League final, as Liverpool’s victorious fans wandered bleary-eyed around Madrid’s plazas, Pochettino did not fly back to London with his team. He headed, instead, to the home he maintains in Barcelona, ​​the city he has considered his family home since he played there for Espanyol.

He went to ruminate and to contemplate; defeat in Madrid had hurt him greatly. He knew, then, that change was required, the sort of change that cannot be accomplished by positive thinking alone. He wanted, certainly, a new challenge; maybe, deep down, what he wanted was a new club.

He was less concerned by the players he wanted to sign than the ones he needed to lose; several members of his team were coming to the end of their contracts, and to an extent to the end of their tethers. “Four years is a long time in football,” Pochettino said last year. He wanted not so much new faces as a fresh feel, a sense that another cycle was beginning.

But Spurs could not provide that. That is not the reality that it inhabits any more. Elite clubs do not have time for comprehensive rebuilds. They are averse to risk. Tottenham has loan obligations to meet and a stadium to pay off. It needs to be in the Champions League; it needs to be winning games; it needs to be filling its seats and luxury boxes and restaurants with fans scenting glory. It no longer has time to wait.

And all of that is down to Pochettino. The club he leaves is fundamentally different from the one he found – almost unrecognizable, in fact. It is a club that does not see the Champions League as an ambition so much as a requirement. It is a club that cannot indulge a slump, a club that cannot wait for a team to become good. It will be no solace at all to Pochettino now, but it is true: The best measure of the work he has done, of all that he has achieved, is the circumstances of his departure. The ultimate proof of his success is his demise. 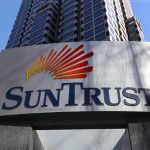 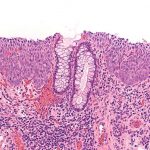