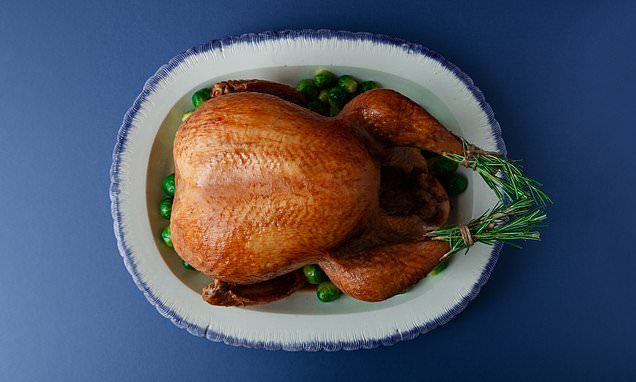 For many the highlight of Christmas Day is sitting down to a turkey dinner, but there’s no surer way to ruin the festive feast than with a dry turkey.

Now Michelin starred chef, Jeff Baker, who ran Pool Court in Leeds, before taking over as executive development chef at award-winning online butchers, Farmison & Co, has shared his top tips on how to get the best out of your festive roast.

Here he explains why the production is so important, but if you’ve not splashed out on an expensive free-range bird, there is a way to help salvage your dinner with his butter-basting technique. 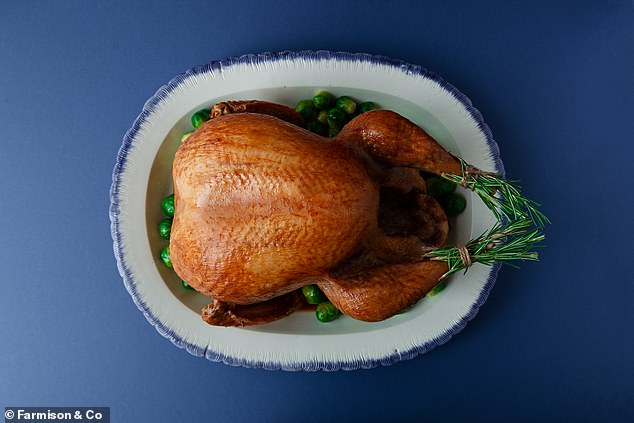 Speaking exclusively to Femail Jeff revealed the real reason why turkey is often dry, and that cooking is not the issue not buying cheap, farmed meat

It’s no secret that cheaper bird from mass farming backgrounds won’t have had the attention and care that more expensive birds will have done: they’re usually produced at a very fast rate with no pause for quality and taste.

Jeff said: ‘The length of time premium turkeys are reared for play a very important role in the taste and texture of the meat.

keys aren’t reared for as long as the more expensive birds: the extra time really does add to the quality of the meat.’

How to stop your turkey drying out

Jeff swears by this technique: ‘Simply soften butter, squeeze in some lemon zest and add thyme and sea salt. Blend it all into the butter, then gently take the skin away from the turkey breast and massage the salty butter into it.

‘Roast the bird, then rest it at the end – this is the secret trick to getting a really moist turkey breast.

‘Ensure that it’s rested for half of the cooking time, then cover it over and leave somewhere warm.

‘Serve up alongside the rest of your trimmings… and enjoy!’

‘Turkeys that have had more time to rear than the battery farmed birds will naturally have accumulated more fat cells – resulting in a more moist bird after roasting.

‘If you find yourself eating a dry turkey come Christmas Day, it is highly likely to have been a fast-growing bird that will not have had the essential time needed to make the flavour more delicious and the breast juicy.

The choice of feed for a turkey has a surprisingly significant effect on the moistness and the overall taste of the bird.

Turkeys that are reared to a cheap standard are more often than not fed on an unvaried diet of corn-based grain. Turkeys that have been subject to a more diverse diet of different herbs and oats have been found to have a lot more flavour. 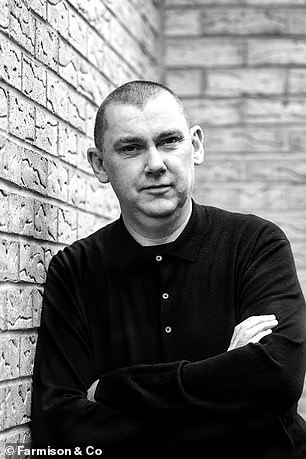 Michelin starred chef, Jeff Baker, who ran Pool Court in Leeds, before taking over as executive development chef at award-winning online butchers, Farmison & Co, has shared his top tips on how to get the best out of your turkey this Christmas

Jeff said: ‘Turkeys that have been reared to a cheaper standard, unsurprisingly, aren’t usually offered oats. This then makes their meat far less moist once in the oven.’

Having a herb-infused diet, including the likes of basil and tarragon, allows the turkey meat to have a unique flavour, adding rich depth and juiciness to the meat.

‘To lessen the risk of dry meat and ensure a juicier flavour, turkeys should be  slaughtered around ten days prior to eating and ‘game hung’ – a process that sees them hung for ten days.

‘Hanging matures the flavour of the meat, loses excess water and refines the texture of the bird. With the concentrated fat cells, the meat exudes extra flavour and juiciness.

‘Game hanging is not a standard practice and is often skipped when it comes to cheaper turkeys: without this important stage, the bird forgoes the juicy fat cells that make premium turkeys so tasty.’ 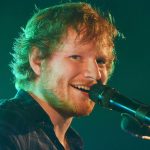 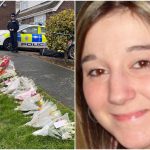