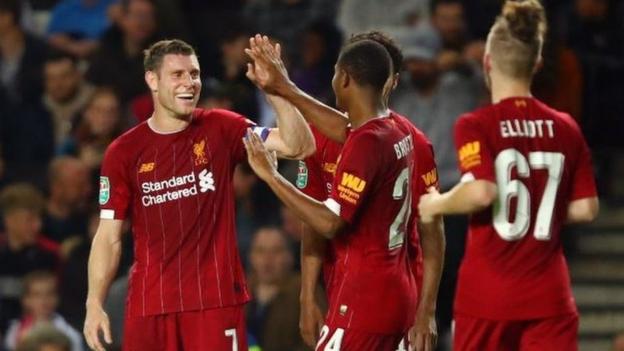 James Milner was hailed a “role model” by Liverpool boss Jurgen Klopp as the Premier League leaders beat MK Dons in the Carabao Cup, teeing up a fourth-round home tie with Arsenal.

Klopp named four teenagers in his starting line-up – including 16 – year-old Harvey Elliott – but it was 33 – year-old Milner’s experience that ensured the Reds won their first game in the competition for almost three years .

Milner opened the scoring before providing the cross for 17 – year-old Ki-Jana Hoever to score his first senior goal.

“This man is on fire,” said Klopp, when asked about Milner’s contribution.

A howler by keeper Stuart Moore set Klopp’s much-changed side on their way against League One MK Dons.

Moore appeared to have Milner’s fierce strike covered but the ball bounced off his chest and squirmed into the net in front of a club record 28, 521 attendance at Stadium MK.

It was Milner’s first goal in the competition since the 2010 final for Aston Villa against Manchester United.

MK Dons missed two glorious chances through Conor McGrandles and Sam Nombe, while Jordan Bowery hit the post in the second half before Hoever’s powerful header sealed Liverpool’s place in the last 16.

Elliott, one of three debutants in Liverpool’s line-up, hit the bar twice – as well as missing anot her chance from close range.

Aged 16 years and 174 days, former Fulham midfielder Elliott made history as the youngest ever player to start a competitive match for Liverpool.

Having been eliminated at the third round stage the previous two seasons by Chelsea and Leiceste r, Klopp still loaded his team with experience in the shape of Naby Keita, World Cup finalist Dejan Lovren, Milner, Adam Lallana and Joe Gomez.

It was a case of job done for the Reds as they avoided an upset despite a stirring second-half showing from MK Dons, who are 15 th in England’s third tier.

As well as hitting the woodwork, Bowery was twice denied by saves from Kelleher.

While Guinea midfielder Keita, fit again after injury, made his first appearance since the Community Shield last month , Elliott and 18 – year-old Curtis Jones both gave Liverpool fans an exciting glimpse into the future with energetic performances.

It was at this stage of the competition last season , aged 15, that Elliott announced himself in Fulham’s3-1 winat Millw all.

In addition to striking the woodwork twice against MK Dons, the teenager produced a delightful curling cross for Milner who headed narrowly wide before the former England midfielder went on to open the scoring thanks to Moore’s error.

MK Dons boss Paul Tisdale said:“I was proud of the way we played and I’m disappointed we didn’t score a goal.

“That is football. I regret not getting in at half-time 0-0, it was a position-based performance about keeping it tight.

“That wasn’t to be but I thought it was a really good night – I didn’t enjoy it myself but most people here would have enjoyed the game. “ 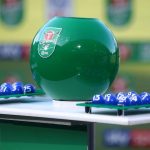 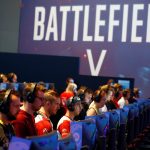