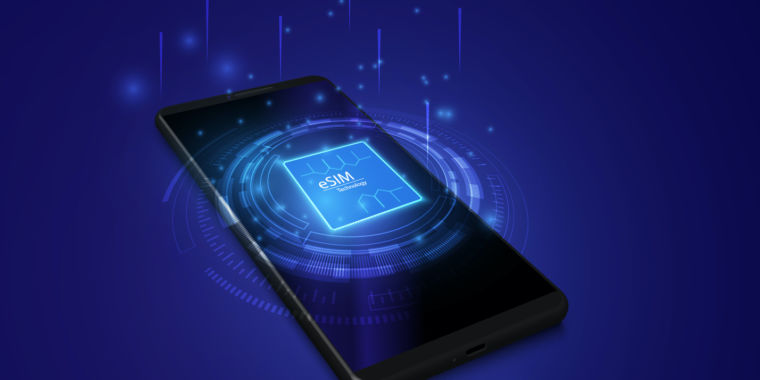 US warns GSMA, says it must change eSIM standard that blocks competition.

The US Department of Justice has given its tentative approval to a wireless-industry plan to revise eSIM standards, saying that new safeguards should prevent carriers from colluding against competitors in the standards-setting process. But the DOJ warned the industry that it must eliminate anti-competitive provisions from the current eSIM standard or face possible antitrust enforcement.

The DOJlast year began investigatingAT&T, Verizon, and the GSMA, a trade group that represents mobile carriers worldwide. The antitrust enforcer found that incumbent carriers stacked the deck against competitors while developing an industry standard foreSIM, the embedded SIM technology that is used instead of removable SIM cards in new smartphones and other devices.

In theory, eSIM technology should make it easier to switch carriers or use multiple carriers because the technology doesn’t require swapping between physical SIM cards. But how it works in practice depends heavily on whether big carriers dominate the standard-setting process.

The DOJ investigation found that “the GSMA and its mobile network operator members used an unbalanced standard-setting process, with procedures that stacked the deck in their favor, to enact an RSP (Remote SIM Provisioning) Specification that included provisions designed to limit competition among networks, “the agencysaid last week.

That flawed process resulted in RSPv2, which makes it easy for a carrier to lock eSIM-equipped smartphones to its network, the DOJ said. The standard has so-called “profile policy rules” that require smartphones to “contain the capability for operator-controlled locking in order to be considered compliant with the RSP Specification,” the DOJ said. These provisions “may restrict the pro-competitive potential of eSIMs without being necessary to achieve remote provisioning or to solve an interoperability problem,” the DOJ said.

The current standard also has provisions that make it harder for phones to automatically switch between networks when the phone “detects stronger network coverage or a lower-cost network, “the DOJ said. The standard also “prevents an eSIM from actively using profiles from multiple carriers simultaneously.”

DOJ will watch and wait

Despite that, the DOJ said it won’t file an antitrust lawsuit. That’s because the GSMA agreed to a new standard-setting process that addressed DOJ concerns and will use that process to develop a new standard that will replace RSPv2. The DOJ said it is satisfied by the GSMA’s process changes but that it will monitor the implementation of the new standard and may take action if the GSMA doesn’t remove anti-competitive provisions in the next version of RSP.

The GSMA described its new process — called AA. 35 – in aletterto the DOJ in July, and DOJ antitrust chief Makan Delrahim provided an update on the agency’s “present enforcement intentions regarding GSMA’s proposal” in aletter to the GSMA last week. The DOJ said it “presently has no intention to challenge AA. 35, if it goes into effect, “because the new process” includes sufficient protections to minimize the chances of anticompetitive self-dealing inside the GSMA if it is applied as contemplated . “

However, the DOJ said it “will closely observe how AA. 35 is applied and whether it succeeds in promoting interoperability. ” The DOJ also warned the GSMA that if carriers form separate agreements to limit competition, “such agreements are always subject to independent antitrust scrutiny.”

What the industry agreed to

Originally, the GSMA let non-carriers such as smartphone manufacturers participate in the standard-development process but made sure that all final decisions were controlled by mobile carriers. The DOJ said it was “concerned that the GSMA’s operator-dominated process was used with the purpose and effect of altering what would otherwise have been competitive negotiations between the operators and smartphone manufacturers (‘OEMs’) over the design and implementation of eSIMs.”

ISIG membership is open “to all members, ensuring that there will not be operator-exclusive committees driving the process , “the DOJ continued. Non-carriers can become members of the ISAG, which “eliminates the complete control that operators previously had and instead gives all parts of the industry an opportunity to be represented,” the DOJ said.

Another safeguard prevents standards from being approved without the consent of smartphone makers. “At the ISAG level, [AA.35] requires approval of standards by separate majorities of the ISAG operator- and non-operator members,” the DOJ said. “Both bodies require an explanation of negative votes, another improvement that increases transparency and indicates meaningful attempts to reach consensus.”

Another new provision allows for appeals to be heard by an independent panel. Finally, operators can’t bypass or change this process “without the support of non-operator members” because the dual-majority voting structure requires consent of both groups, the DOJ said.

Getting rid of anti-competitive provisions

The current version of the eSIM standard, which was passed under the old, flawed process, has “several key features that have restricted the disruptive potential of eSIMs to date, “the DOJ said. That’s a reference to the phone-locking provision described earlier in this article and “provisions that restrict the number of active profiles on an eSIM or impede the user’s ability to consent to dynamic profile switching,” the DOJ said.

For example, RSPv2 requires consumers to give their approval each time an eSIM “toggles between profiles or networks,” preventing the scenario where a phone automatically switches between networks “if it detects stronger network coverage or a lower-cost network,” the DOJ said.

A RSPv2 prohibition on using profiles from multiple carriers simultaneously could prevent scenarios where users have their phone divided into work- related and personal profiles or multiple “profiles optimized for different coverage areas or for international travel,” the DOJ said. Incumbent carriers apparently wanted that restriction to undercut “a potential competitive threat [that] would allow a user to divide usage across operators,” the DOJ said.

When the GSMA uses its new AA. 35 process to create a new standard, the DOJ said it expects the group to reconsider those anti-competitive rules.

“The Department will take a special interest in whether RSPv3 includes provisions that are motivated only by the incumbent operators’ interest in gaining a competitive advantage or stifling new sources of competition, “Delrahim warned the GSMA. The DOJ “reserves the right to bring an enforcement action in the future” if the GSMA’s implementation of AA. 35 “proves to be anticompetitive in purpose or effect,” he wrote. 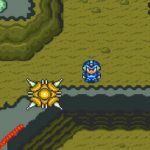