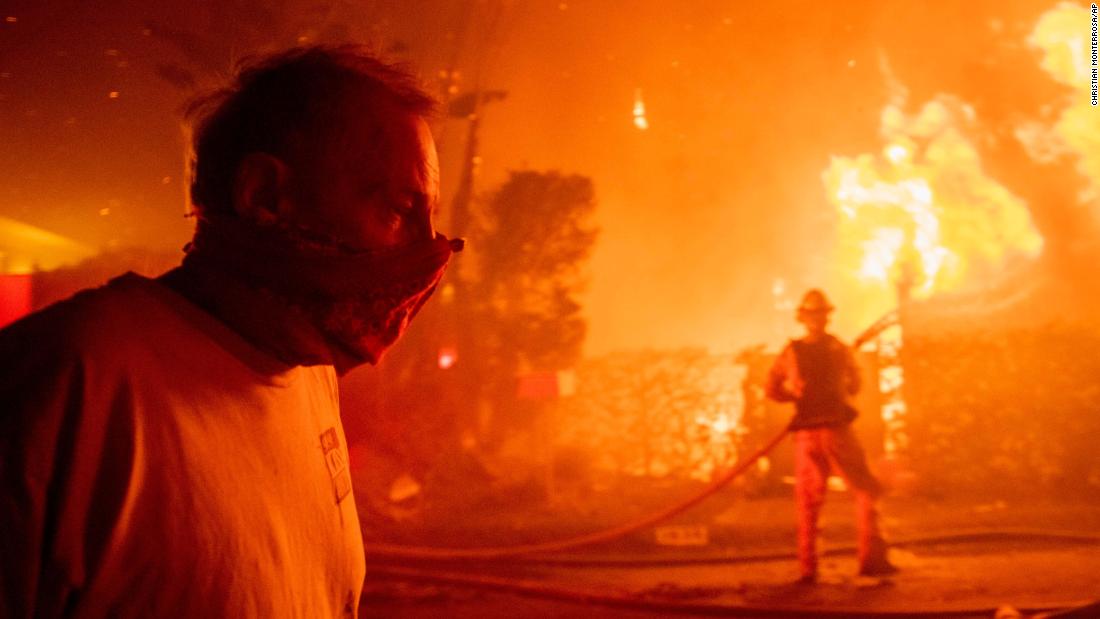 (CNN)More than 25 million people in California are underred flag warningsas firefighters continue to battle blazes throughout the state.

The warnings, which are issued when strong winds, warm temperatures and low humidity combine to increase the risk of fire danger, come as 10 active wildfires, including the Kincade Fire, Tick Fire and Getty Fire, have causedthousands of evacuations and power outages.

Southern California could see hurricane-force winds Tuesday , with gusts between 50 to 70 mph, according to CNN meteorologist Pedram Javaheri.

In Northern California the Kincade Fire, the state’s largest wildfire, has scorched more than 74, 000 acres in Sonoma County. CalFire has contained only 15% of the fire, according to the agency’sfire map.More than 100 structures have been destroyed, another 20 have been damaged.

The fire started October 23 and quickly spread, an incident report from CalFire said.

Driven by hurricane-force winds, the fire grew at a rate of one football field every three seconds when it first ignited, CNN meteorologist Brandon Miller said.

Up to 186, 000 residents were under evacuation orders.Mandatory evacuation noticeshave been downgraded in some zones to evacuation warnings and repopulation efforts in some areas the fire has already charred are underway, officials told CNN Tuesday morning. However, parts of Lake County were issued new evacuation warnings Monday night.

“We tentatively believe the fire will be contained November 7th, again that is our best estimate based on models and projections,” CalFIRE spokesman Jonathan Cox said. “As far as when every smoking stump may be extinguished, that could be weeks if not months.”

Two first responders have been hospitalized because of burns during the Kincade Fire, officials said. Cox said one person suffered a serious burn injury and was flown to UC Davis Medical Center, and a second person was treated at a local hospital for a minor burn.

To the south, in Los Angeles County, crews are battling the Getty Fire, which has charred more than 600 acres. The fire is currently 5% contained while more than 20, 000 people remain underevacuation order, the Los Angeles County Fire Department told CNN Tuesday morning.

Areas of Southern California are expected to be under a red flag warning Tuesday night through Thursday afternoon as winds gust through the region. The wind event has the potential to be the strongest Santa Ana wind event so far this season, according to the National Weather Service.

At least 16 schools in theLos Angeles Unified School District will remain closedTuesday because of fire conditions, a news release from the district said. Transportation to and from the schools will be canceled and absences will not be counted against students’ records, the release said.

Around 40 miles north, theTick Firecontinues to burn over 4, 600 acres but had reached around 82% containment as of Monday night, according to the CalFire incident map. The fire started Thursday and quickly grew to 4, 300 by Friday, fueled by strong winds.

Companies are turning off the power

As red flag warnings and high winds continue to plague the state, utility companies are working to complete public safety power shutoffs (PSPS).PG&Eis moving forward with a planned outage for 596, 000 Customers in 29 counties.

Residents in many areas just had their power restored following severe winds and concerns for fire hazards over the weekend. In Southern California, 205, 000 customers in seven counties are under consideration for possible PSPS, Southern California Edison announced.

Community Resource Centers are open during the shutoffs in Northern California to provide customers with a place to charge their phones, use restrooms and sit in air conditioning, a tweet from PG&E said. 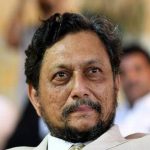 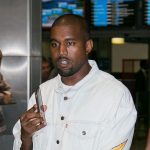