Mötley Crüe are ripping up their “cessation of touring agreement” and hitting the road next year for a U.S. stadium tour with fellow hard rock actsPoisonandDef Leppard, sources confirm toRolling Stone. While specific dates and venues have yet to be announced, the three acts will perform at stadiums around the country.

Mötley Crüe played 158 shows on their 2014 / 15Final Tour,wrapping up with a hometown show at the Forum in Los Angeles on December 31 st, 2015. Prior to the tour, the band claimed to sign a “cessation of touring agreement,” which they said was a binding document that would prohibit them from ever playing again after the tour ended. At the time, the group’s management failed to produce this alleged document despite repeated requests.

“Legally, we can’t play again,” bassist Nikki Sixx claimed toRolling Stonebackstage at a 2014 show in Denver. “The only loophole is if all four band members agreed to do it, we could override our own contract. But we know that will never happen. There are people in this band who will refuse to ever do it again, and you’re talking to one of them. There is no amount of money that would ever make me do it again because I have such pride in how we’re ending it. ”

“If anybody ever – and I don’t believe anybody ever would – would call any other band members and say, ‘Hey, it’s been 10 years, let’s just do 10 shows. A million a pop, ’it could never happen unless all four band members agreed,” Sixx added. “And if we did agree, the way we’ve set it up – including this conversation right now – we’d have so much egg on our face. We have so much pride that that alone would stop it. ”

Reports of a possible Mötley Crüe reunion have been circulating the past few weeks, with the official Mötley Crüe Twitter account sharing a fan petition calling for the band to reunite and adding “This is interesting…” (The Tweet was later deleted .) Reps for Mötley Crüe, Def Leppard and Poison did not immediately reply to requests for comment.

Def Leppard remain one of the most popular touring acts in rock. They stayed largely out of the U.S. this year with the exception of their Las Vegas residency where they broke out extreme rarities like “Die Hard the Hunter” from 1983 ‘sPyromaniaand “Have You Ever Needed Someone So Bad” from 1992 ‘sAdrenalize. In 2018, they played a highly-successful co-headlining tour of U.S. arenas and stadiums with Journey. They were inducted into the Rock and Roll Hall of Fame earlier this year.

“We are having an Indian summer and it’s because we have this integrity,” guitarist Phil Collen toldRolling Stonethe night of the induction ceremony. “We never stopped actually in the 40 – odd years that the band’s together . We just keep going through thick and thin, all the bad stuff, good stuff. And I think that shows, and we’re just enjoying this Indian summer. ”

Def Leppard toured with Poison in 2017, which marked the first outing by the Bret Michaels-led band since 2012. In 2011, they toured with Mötley Crüe and the New York Dolls. It was the first time to two biggest bands of the hair metal era hit the road together. Unlike nearly every other act from that time, both bands still have all of their original members.

Mötley Crüe will join a long list of acts that continue to tour after farewell tours including Kiss, the Who, Black Sabbath, Phil Collins, Ozzy Osbourne, Tina Turner, Cher and LCD Soundsystem.

In February, Sixxreiterated toRolling Stonethat the group had no plans to reform even as he expressed doubts about the decision. “Sometimes I look out at my friends, like the guys in Aerosmith and Metallica, and I’m like,‘ God damn it, did we retire too soon? ’” He said. “But there will be no one-offs in our future. Maybe we’ll just get together and jam in Mick Mars’ front room. ” 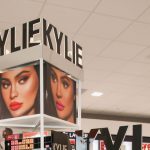