Moto Razr 2019 is official: A foldable smartphone with no display crease, Ars Technica 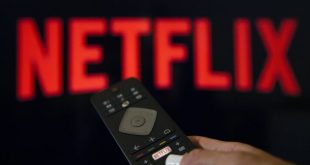 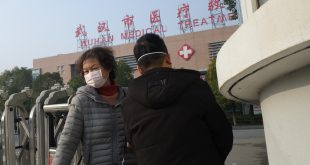 It’s Moto Razr day today. The phonestopped by the FCCearlier in the day, and after sending outan event invitefor November 13, Motorola just barely made it in time, withan official announcementat 11 PM ET. The rumors were true: the Moto Razr is a reboot of one of the most iconic flip phones of all time, updated for 2019. Instead of a tiny screen and a physical keypad on the inside, you get a giant folding OLED display that puts the new Moto Razr in the same category as other futuristic foldables like the (Samsung Galaxy Fold) and (Huawei Mate X) . The price is also in the same stratosphere as those super-expensive devices: the new Razr is $ 1, 500. It’s also a Verizon exclusive.

The hinge design of the Moto Razr is probably the most interesting thing about it. The best Samsung can currently do in the foldables space is the Galaxy Fold, which, thanks to folding the display nearly completely flat, develops a permanent crease in the display after the first fold. Motorola’s display doesn’t fold completely flat though — there is a large void space around the display hinge, so when the phone folds in half, the display has room to move around. Since it’s not being sandwiched between two solid plates, the display collapses into a gentle curve instead of a hard crease. Imagine bending a piece of paper in half just by pinching the top and bottom together versus pressing the fold into a crease.

Since the display only ever forms a loop, rather than a crease, it never gains a distracting, light-distorting crease down the middle the way the Galaxy Fold does. This design should be easier on the display as well, since it causes less stress to the pixels around the bendy part. We’ve already seen (pre-release) Galaxy Fold displays die along the display crease, thanks to all the stress.

The display of the new Razr also looks pretty special. The top and bottom edges of the 6.2-inch, (x) display curve into an arch, which is a perfect throwback to the interior of the old Razr design. The notch at the top houses not just the camera but the earpiece, too. The FCC basically posted a full teardown of the device, and seeing the display outside of the Razr body is really something.

Where did Motorola source a display like this for its foldable smartphone? Samsung is the leader in foldable displays, but after having spent six years and $ 130 million dollars to develop the technology, Samsung seems to want to keep the technology to itself. It seems Motorolais dual-sourcingthe displays. Some are from China’s up-and-coming OLED display manufacturer BOE, which also supplies the displays for the Huawei Mate X. The second supplier is actually TCL, the same company that makes zombie phones branded as “Palm“and”Blackberry. “

Just like the old-school Razr, there’s also a secondary display on the front: a 2.7-inch (x) panel. Also just like the old Razr, it seems this is primarily for checking notifications. You can see your incoming messages, control music, take selfies, and even use the Google Assistant, all without opening the phone. The UI for this seems totally new. Instead of showing something like a tiny Android notification panel, you get a full screen UI for each action, and apparently you can swipe between them. It’s unclear if this is a new Android feature, or a Motorola Razr feature.

Our expectations for “thin” have definitely changed since 2004, too. iPhone thinness peaked with the (iPhone 6) , at 6.9mm, and the thinnest Android phone ever is the Vivo X5 Max, which slimmed down to a ridiculous 4. (mm) and it still had a headphone jack!). That 14 mm thickness on the new Razr is ever-present thanks to the chin at the bottom, and since the Razr unfolds, that puts each unfolded section of the phone at around 7mm. A standard smartphone is around 7.8mm thick nowadays, so the Razr’s thinness is nothing special. When open, it’s about the thickness of a smartphone. When closed, it’s about the thickness of two smartphones stacked on top of each other.

As for the width and height, I don’t think you can call the Razr a compact phone anymore, either. Width is what makes a smartphone feel small in your hands, but at 72 mm wide, the Razr is firmly a “medium” size smartphone, sitting between the width of a Galaxy S 10 ( (mm) and S ( ) (mm). The width also works against the phone’s positioning as an update to the old Razr: the proportions compared to the old phone are all wrong, and this “Razr” is a shorter, wider distortion of the original. At 171. 5mm tall while open, the Razr is the tallest phone on the market, dwarfing even monster devices like the (Galaxy Note) and OnePlus 7T Pro (both ~ (mm).

So what are you looking for from a foldable smartphone? The standard answer with devices like the Galaxy Fold and Huawei Mate X has been “a phone that opens up into a tablet,” but that clearly isn’t the goal of the Moto Razr. This also isn’t a return to some kind of compact form factor, given that the device is more than twice the size of the old Razr. The new Razr is more like “a smartphone that folds in half.” The standard smartphone design puts a tall, thin rectangle in your pocket; Motorola is arguing it’s better to pocket a thicker square shape instead.

As for the specs, the Razr has a mid-range — not flagship — SoC: theSnapdragon 710. This features eight Kryo 360 CPU cores, with two high-performance cores running at 2.2Ghz, and six lower-power cores running at 1.7GHz. This is a 10 nm SoC that’s over a year old now, putting it a generation behind the 7nm flagship SoC, the Snapdragon 855. It seems like we’re now making budgetary compromises in a $ 1, 500 smartphone. The Galaxy Fold has a Snapdragon 855, but that costs $ 2, 000.

Finally, if the retro hardware design isn’t enough for you, how about a retrosoftware mode?The Vergedetailed secret“Retro Razr” modethat emulates a T9 keypad at the bottom of the display, and puts the old school Razr UI up top. The old UI actually works. You have to navigate it with the virtual D-Pad and it can be used as a home screen launcher of sorts, allowing you to do things like launch the modern Android messaging app when you tap on the old-school messaging button. 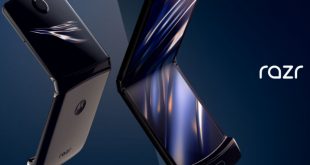 Christmas is ruined — Moto claims the delay isn't "significant," but it also won't give a new launch date. Ron Amadeo - Dec 20, 2019 7:36 pm UTC The new Moto Razr. Motorola When open, you get a 6.2-inch foldable display. Motorola When closed, you get a smaller 2.7-inch display for notifications and music control.…