If you look at the original property-based testing library, the Haskell version of QuickCheck, tests are very closely tied to types: The way you typically specify a property is by inferring the data that needs to be generated from the types the test function expects for its arguments.

This is a bad idea.

The first part of whyI’ve talked about already– you don’t want to tie the shrinking of the data to its type, because it makes testing significantly more brittle. ******

But you could solve that and still have data generation be tied to type, and it would still be a bad idea.

The reason for this is very simple: Often you want to generate something much more specific than any value of a given type.

If you look at theHypothesis strategies moduleand what you can generate, many of these look like types. But if you look closer, nearly every single one of them has options to configure them to be more specific.

In this test we’ve restricted the domain we’re testing on so we can focus on a property that doesn’t hold in generality: The mean of an empty list is an error, so that needs a special case test for it, and calculations withNaNor infinity are special cases that don’t always have a well-defined result and even when they do don’t necessarily satisfy this property.

This happens a lot: Frequently there are properties that only hold in some restricted domain, and so you want more specific tests for that domain to complement your other tests for the larger range of data.

When this happens you need tools to generate something more specific, and those requirements don’t map naturally to types.

Consider writing this code based on types instead:

(this code doesn’t work at the time of this writing, but it will soon –the pull request to implement itis in fairly late-stage review).

But this doesn’t do the right thing: We’ve dropped the conditions from the previous test that our floats are all finite and our lists are all non-empty. So now we have to add a precondition to make the test valid:

But this is now substantially longer and less readable than the original approach!

In Python we could probably do more or less the same thing, either by creating new wrapper types or by subclassing list and float (which you shouldn’t do. Subclassing builtins in Python leads to really weird behavior) if we wanted to save a few lines, but it’s much more noisy.

But why should we bother? Especially if we’re only using these in one test, we’re not actually interested in these types at all, and it just adds a whole bunch of syntactic noise when you could just pass the data generators directly. Defining new types for the data you want to generate is purely a workaround for a limitation of the API.

If you were working in a dependently typed language where you could already naturally express this in the type system itmightbe OK (I don’t have any direct experience of working in type systems that strong), but I’m sceptical of being able to make it work well – you’re unlikely to be able to automatically derive data generators in the general case, because the needs of data generation “go in the opposite direction” from types (a type is effectively a predicate which consumes a value, where a data generator is a function that produces a value, so in order to produce a generator for a type automatically you need to basically invert the predicate). I suspect most approaches here will leave you with a bunch of sharp edges, but I would be interested to see experiments in this direction.

That being said, I don’t think it’s that useful to do. Where stronger types are naturally present in the program, taking advantage of them to get better testing is certainly worth doing, but creating a specific type to represent the exact range of valid inputs to a specific test isn’t because for tests the impact of a run time error that you could have caught at compile time is substantially reduced (all it causes is a spurious test failure – where your tests are long running or non-deterministic as in property-based testing thisdoesmatter, but it still doesn’t cause a problem in production).

But this is creating hard problems where none need exist, and beside which it’s not the situation with most of the current generation of languages ​​and property based libraries for them. Here, using explicit data generators is a clear improvement, and just as well-typed (in a statically typed language each data generator has a return type after all).

Youcanuse data generators directly in Haskell QuickCheck too, with an explicitforAllbut it’s almost as awkward as the newtype approach, particularly if you want more than one data generator (it’s even more awkward if you want shrinking – you have to use forAllWithShrink and explicitly pass a shrink function).

This is more or less intrinsic to the type based approach. If you want tinkering with the data generation to be non-awkward, starting from data generators needs to become the default.

And experience suggests that when you make customizing the data generation easy, people do it. It’s nice to be able to be more specific in your testing, but if you make it too high effort people either don’t do it, or do it using less effective methods like adding preconditions to tests (assume in Hypothesis, or==>in QuickCheck), either of which reduces the quality of your testing and causes more bugs to slip through as a result.

Fortunately, it alreadyisthe default in most of the newer implementations of property-based testing. The only holdouts are ones that directly copied Haskell QuickCheck.

Originally this was making a virtue of a necessity – most of the implementations which started off the trend of data generator first tests are either for dynamic languages (e.g. Erlang, Clojure, Python) or languages ​​with very weak type systems (e.g. C) where type first is more or less impossible, but it’s proven to be a much more usable design.

And it’s perfectly compatible with static typing too. Hedgehogis a relatively recent property-based testing library for Haskell that takes this approach, and it works just as well in Haskell as it does in any language.

It’s also perfectly compatible with being able to derive a data generator from a type for the cases where you really want to. We saw a hint at that with the upcoming Hypothesis implementation above. You could easily do the same by having something like the following in Haskell (mimicking the type class of QuickCheck):

You can then simply usearbitrarylike you would any other data generator. As far as I know Hedgehog doesn’t do this anywhere (but you can use QuickCheck’s Arbitrary with the hedgehog-quickcheck package), but in principle there’s nothing stopping it.

Having this also makes it much easier to define new data generators. I’m unlikely to use the support for@ givenmuch, but I’m much more excited that it will also work withbuilds, which will allow for a fairly seamless transition between inferring the default strategy for a type and writing a custom generator. You will, for example, be able to dobuilds (MyType)and have every constructor argument automatically filled in (if it’s suitably annotated), but you can also do e.g.builds (MyType, some_field=some_generator)to override a particular default while leaving the others alone.

(This API is somewhere where the dynamic nature of Python helps a fair bit, but you could almost certainly do something equivalent in Haskell with a bit more noise or a bit more template Haskell)

So this approach doesn’t have to be data generator-only, even if it’s data generator first, but if you’re going to pick one the flexibility of the data generator based test specification is hard to beat, regardless of how good your type system is. 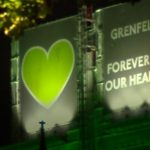 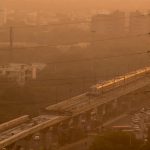