Music Generates Feelings That Are Only Weakly Bound to the Music, Hacker News 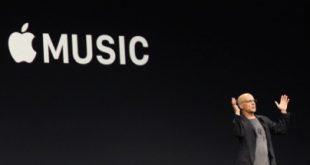 Music generates feelings that alter our perception ofother things.      In effect this is a failure ofperceptual binding.

Music generates feelings, but the perception   of these feelings is only weakly bound to the music.

Here I use the word “bound” in the same sense as “bind” in the   “binding problem”.

Thebinding problemis the problem of explaining how the   brainbindstogether different perceptions relating to one thing,   when those perceptions are represented by activity in different parts of the brain.

Given this perceptual scenario, we can ask:

This does not correspond to anything in our normal experience, implying that our brains are   pretty good at doing the required binding.

The sad music generates a sad feeling, and this sad feeling comesfrom  the music, and weknowthat it comes from the music.

Nevertheless, the sadness of the music will make thestoryseem   sadder than it would be if there was no music.

So in this case, the sadness of the music has “leaked” away from the music,   and transferred itself to something else, ie the story.

The conclusion is that the human brain’s ability to bind perceptions together   doesnotapply to music, and the brain is not able to prevent the feelings generated by the music from being transferred to other perceptions.

The feelings generated by music are weakly bound, and can be transferred to   other perceptions by the music listener, but there are constraints on which   target perceptions those feelings can be tranferred to.

It is quite possible that music hasevolvedas a mechanism of generating feelings   that can be transferred to other things. (It may also be that music originally evolved to serve some   different purpose, and that original purpose has become obsolete, and what we see now is a   secondary purpose of music as a vestigial trait.)

This risk of manipulation and psychotic delusion is mitigated by two of the constraints listed above:

A further constraint, in earlier times, when everyone didn’t have a mobile phone with access   to unlimited music streaming, is that music required considerable effort and organization to produce.   Without advanced technology, it is very hard for a lone individual to perform music to the same   level of quality that a group can achieve. So it would be very hard to be listening to strong music   all the time, and the effects of any manipulation or self-inflicted delusion would instantly fade as soon   as the music stopped.

What is music? A unified theory of music and dreaming, Hacker News

Music and dreaming are similar, because they both involve feelings in response to hypothetical situations. But they are different in various ways. Music may have evolved as a means to process feelings about hypothetical situations that dreaming cannot effectively process. Definition of "Dreaming" For the purposes of this article, when I talk about "dreams" and…