The closest ever mission to the Sun has discovered dynamic structures in the solar wind that will help explain how this flux of charged particles is created and evolves as it travels out into space. The results are highly relevant here on Earth because the solar wind generates space weather including solar storms, which can damage power grids, communication networks and satellites.

NASA’sParker Solar Probelaunched in 2018 and has made measurements of the Sun from a distance of just 24 million km . This is less than half the distance between Mercury and the Sun.

The first results from the mission show bizarre S-shaped bends in the solar wind, which is a stream of energetic charged particles riding through the Solar System on magnetic field lines emanating from the Sun. There are two main components to the solar wind: the fast wind that appears to emanate from magnetic gaps in the Sun’s corona; and the slow wind, which is more of a puzzle.

Indeed, understanding how the particles in the solar wind are accelerated, and what role the heating of the corona (the Sun’s the million-degree-hot atmosphere) has in this, is the greatest mystery facing solar physicists.

“It is clear from this early data that the mission will help answer some very important questions,” saysEric Christian, who is the deputy principal investigator of theIntegrated Scientific Investigation of the Sun (ISIS)experiment on board the Parker Solar Probe.

A bend in the wind

Those S-shaped bends are a puzzle. They have been observed before, at greater distances from the Sun, but it was a surprise to find them so pronounced closer to the Sun.

“We have theories, but we don’t know for certain” what produces them, Christian tellsPhysics World. What the bends highlight is that the structure within the solar wind is imprinted upon it close to the Sun, where the solar wind is far more turbulent than it is as it passes Earth.

The connection between what happens in the Sun’s immediate environment with the dynamics of the solar wind has also been explored by Parker Solar Probe. In particular, small eruptions of plasma from magnetic instabilities on the Sun have been observed feeding the solar wind.

“The solar magnetic field is directly related to solar wind fluctuations,” says Russell Howard, who is the Principal Investigator on the mission’sWide-field Imager for Solar Probe (WISPR)instrument. It seems that close to the Sun, it is disturbances in the Sun’s volatile magnetic field that governs the structure of the solar wind, whereas at greater distances, such a near Earth, the kinetic energy of the charged particles in the wind is able to dominate over magnetic field effects. ************

WISPR also found evidence for a dust-free zone near the Sun, which was first predicted 90 years ago by the American astronomy Henry Russell, of Hertzsprung – Russell diagram fame. This dust is cleared out from the environment near the Sun by heating that prompts the dust to evaporate, or radiation pressure blowing it away.

The new results also show that, alongside the solar wind’s radial velocity, there’s also a rotational component that moves at between 35 – 50 km / s. As the Sun rotates, it creates magnetic tension in the corona and as magnetic fields twist up, plasma ends up being flung out into space. This had been expected, but its rotational velocity far exceeds the predictions. This proves to be a problem, because as the Sun throws off this material it gradually loses angular momentum that, over billions of years, slows its rotation, and the basics of this model have been applied to spin-down rates in other stars too. The fact that the rotational velocity component of the solar wind seems to be higher than expected challenges scientists ’understanding of how stars spin down. NASA mission touches the edge of the Sun

Parker Solar Probe continues to edge closer to the Sun. As its orbit shrinks, it will eventually reach a perihelion distance of just 6. 16 million km in 2024 – 25, where it will experience temperatures of nearly 1400 ° C. A specially-designed, carbon-composite heat shield protects the spacecraft’s instruments as they face a solar intensity 475 times that which spacecraft orbiting the Earth experience.

Says Christian, “In these small structures are the keys to how the solar wind is accelerated, how the corona is heated, and how energetic particles are accelerated”. 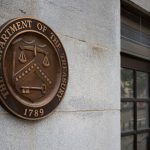 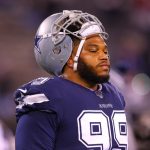