The building where the crew ofApollo 11was quarantined following their historic moon landing five decades ago will be torn down in 2020 and replaced by an energy-efficient building,NASAsaid Tuesday.

The Lunar Receiving Laboratory at Johnson Space Center in Houston, Texas was purpose-built in 1967 to house Neil Armstrong and his crew after they returned from the moon until NASA could determine that they had not contracted any infectious diseases. The crew was quarantined for three weeks while NASA scientists began studying their first set of lunar rocks there

NASA EMAILS REVEAL SPACE AGENCY UNAWARE OF ‘CITY-KILLER’ ASTEROID UNTIL LAST MOMENT: ‘THIS ONE DID SNEAK UP ON US

The building has become dilapidated and is now beyond repair, theHouston Chroniclereported Tuesday.

The room at the Lunar Receiving Laboratory at Johnson Space Center in Houston where Neil Armstrong was quarantined after he returned from the moon.       (Jon Shapley / Houston Chronicle via AP)

Since the last flight of the Apollo program in 1972, the building has been used specifically for projects related to astronaut health . But a 2015 economic analysis determined that the historic building’s structural and *** problems can’t be fixed.

Dallas-based firm HDR Architecture has been given a $ 5.7 million contract to design the lab’s replacement.

“I just hate to see what this building represents and what we did here 50 years ago go away, “said Judy Allton, a curator at the Space Center.

This Monday, Sept. 16, 2019 photo shows many buttons and other missing items that have been taken as souvenirs according to employees, at the Lunar Receiving Laboratory at Johnson Space Center in Houston.       (Jon Shapley / Houston Chronicle via AP)

Johnson’s historic preservation officer Sandra Tetley said she intends to save the original stairs, pillars and walkways, and as many pieces of equipment inside the building as possible.

“But it’s a shame to lose the building,” Tetley said.

Everett Gibson, an emeritus senior scientist at Johnson, worked in the lab during the Apollo missions 12 through 17.

Just months after celebrations to mark the 50 th anniversary of the first lunar footsteps by Apollo 11 astronauts, Gibson said it’s difficult to see the building go but that saving it for historic al purposes would be too costly. He’s also not sure there’s still public interest.

“Sometimes in life we ​​have to make hard decisions, and I don’t know what you could do with it,” he said. “It’s sitting out there rotting, and the cost to keep it going is just horrendous. I don’t think it’s that exciting to a man and a woman on the street.” 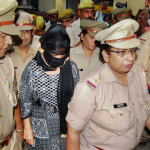 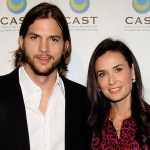