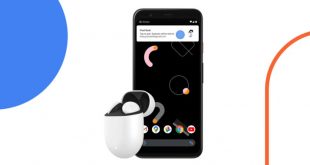 There are a lot of reasons to be skeptical that NASA will actually enact the Artemis Moon program to land astronauts on the Moon by 2024 – Congressmay not fund it, NASA’s large, costly rocket remainsfar behind schedule, and historyhas been unkindto deep-space exploration programs since Apollo. However, should lunar landing missions occur during the next decade, they have the potential to go far beyond what NASA accomplished with the Apollo program half a century ago.

NASA scientists John Connolly and Niki Werkheiser spoke Wednesday at the annual meeting of the Lunar Exploration Analysis Group, and they provided more details about the agency’s plan for human missions in the 2020 s.

The first mission to the Moon’s surface, consisting of two crew members, will remain on the surface for 6.5 days — this is double the longest period of time any of the Apollo missions spent on the surface. The two astronauts will conduct up to four spacewalks on the surface of the Moon, performing a variety of scientific observations, including sampling water ice. “We will have a very robust science program from the very beginning,” Connolly said.

One big difference between this first mission and Apollo is that NASA intends to pre-position equipment on the surface, including an unpressurized rover for astronauts to use during their spacewalks. The agency intends for this rover to have the capability to be controlled remotely — it will be like Tesla’s “Smart Summon” feature, only on the Moon.

Connolly discussed Artemis landing locations near the South Pole of the Moon, noting that several “permanently shadowed regions” could be reached by short forays of 5km to 15 km, well within the range of the aforementioned rover. Scientists believe that, over billions of years, ice has become trapped in these darkened areas where crater walls prevent sunlight from shining.

NASA has also been studying the illumination of the South Pole along the ridges of these craters, where there is near-continual sunlight during the lunar summer. For example, Connolly said the period from October 2024 through February 2025 along the rim of Shackleton Crater (at 89 .8 degrees south) will have near-constant illumination. This is important for solar power generation.

Another Artemis mission is scheduled to follow in 2025, followed by delivery of a pressurized rover as early as 2026. This would enable much longer forays from the landing site. Before the end of the decade, NASA says it could evolve the crew size to four people, for 14 – day missions, and begin to establish facilities for mining water ice and producing oxygen.

The goal, Connolly said, would be to go to the Moon to stay, while also building up capabilities for eventual human missions to Mars. “We are going to do some testing for Mars on the Moon, but we are also looking at a long-term lunar surface presence,” he said.

Scientists at Wednesday’s lunar meeting were also interested in rock samples from the Moon. In a discussion of the human landers NASA plans to use in 2024 and beyond, Greg Chavers, an engineer at Marshall Space Flight Center, said the agency has plans for this. Companies bidding to build the lander for NASA will be required to provide a minimum sample return capability of 35 kg, with the goal of 100 kg. Companies will be evaluated, in part, on their sample return capacity, he said.

One of the limitations on returning samples is the Orion spacecraft, which will carry astronauts back from lunar orbit to Earth. Chavers said the Orion spacecraft does not have any designated space for a box of sample rocks taken from the lunar surface. “We just don’t know what the capability will be,” Chavers said of bringing rocks back to Earth inside Orion. This would seem to be an important detail to nail down.

Previous AB 5 ballot measure: Uber and Lyft are asking voters for an exemption, Recode
Next Collision liquified the 4th-largest astroid, turning it into a dwarf planet, Ars Technica 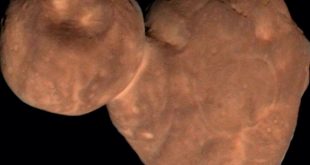 The wait is over — We've now got some ideas about how its two-lobed shape came to be. John Timmer - Feb 14, 2020 12:51 am UTC NASA/JHU APL/SWRI/Roman TkachenkoFollowing its successful rendezvous with Pluto, the New Horizons spacecraft was sent on towards a smaller object out in the Kuiper Belt. As it shot past,…