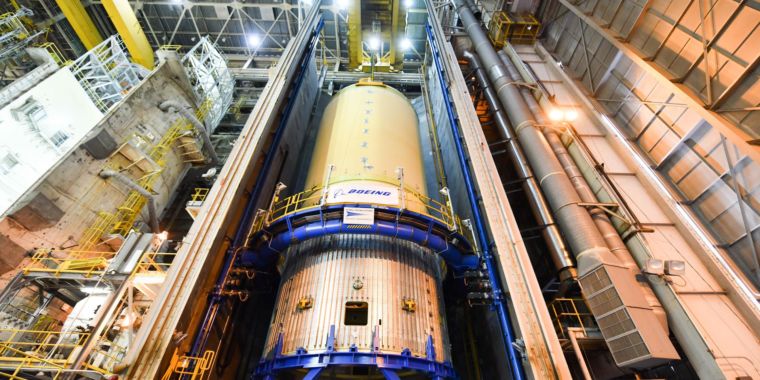 The principle behind a cost-plus contract is simple. Occasionally, the US government needs something exceptionally difficult, complex, and unprecedented to be built. In those cases, with technical challenges all but certain to arise, the government pays a contractor the entire value of the development costs, plus a fee — often percent.

This is a useful tool to get the best contractors in the country to focus their efforts on large programs the government deems valuable. But it’s not a good way to encourage a company to move quickly on a program, especially as businesses seek to maximize profits. This is because the longer a contract goes, the more money it costs, and the greater fees it generates.

The alternative to this is a fixed-price contract, in which the government pays a vendor a fixed fee for a product. If the company delivers a product for less than that, it makes a profit. If the product ends up costing more, the company eats the difference. Most of the time, a company does not get paid the bulk of the funding until they deliver a product.

Rockets were once considered exceptionally difficult and complex technology — and they’re still very hard to get just right. However, commercial space companies have now been building capable rockets independent of the US government. The US Air Force has recognized this andhas transitionedfrom sole-source, cost-plus contracts to competitive, fixed-price awards for national security launches.

Nine years ago, NASA began the process of building the Space Launch System rocket, choosing Boeing as the vehicle’s core stage prime contractor . Although much of the booster used mature technology, including space shuttle main engines, conventional rocket fuels, and side-mounted boosters derived from the shuttle, NASA awarded cost-plus contracts for the rocket’s development. Building the core stage and pulling all of the rocket’s technology together was difficult, complex, and unprecedented, the agency said.

It appears as though the rocket has lived up to what critics say about cost-plus contracts in terms of urgency. Already, the rocket is three years late for its first launch, and it’s unlikely to fly before at least mid- or late 2021.

However, SLS builders say the rocket is now in production, as Boeing is nearly complete with the first core stage, and work is beginning on a second vehicle. “SLS is the only rocket powerful enough to send Orion, astronauts and supplies to the Moon on a single mission, and no other rocket in production today can send as much cargo to deep space as the Space Launch System rocket,” John Honeycutt, NASA’s SLS program manager,said this week.

On Wednesday,NASA announcedthat it is negotiating a contract with Boeing to purchase up to 10 SLS core stages . The news release does not mention costs — NASA and Boeing have never been transparent about costs, but certainly production and operations cost for a single SLS launch will be well north of $ 1 billion. It also does not mention the mechanism of the contract.

A spokesperson for the agency, Kathryn Hambleton, told Ars that terms of the contract were not finalized yet. “NASA anticipates the contract will be a hybrid of cost-plus-incentive-fee and cost-plus-award-fee, possibly transitioning to firm-fixed-price,” she said. “The cost incentives are designed to reduce costs during early production to enable the lowest possible unit prices for the later fixed-price missions.”

If it seems remarkable that a government contractor would get a cost-plus contract to produce a rocket that it has had nearly a decade to learn how to build, and which has moved into production, and which is based on heritage technology — that’s because it is. However, in their negotiations with NASA, companies like Boeing (and Lockheed Martin, which recentlygot a similar dealfor the Orion spacecraft) know they have strong political backers.

In the case of the SLS rocket, the Alabama delegation, which includes a Senator who effectively writes the agency’s budget, has made it clear that funding the SLS rocket is his priority. So in this case, while NASA may not necessarily wanted to give Boeing a cost-plus contract for SLS rockets for the next 15 years, it may have had little choice.

What is all the more notable about NASA’s Artemis Moon Program is that, as agency leaders have repeatedly stated, the most complex technological component of the program is not the rockets. Rather, it is the human landing system that will take astronauts from lunar orbit, down to the surface, and back. Nevertheless, the Artemis program does not have strong congressional backing. As a result, companies vying to build the lunar lander will be bidding for fixed-price contracts. 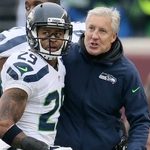 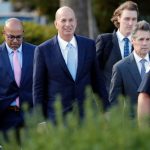