MUMBAI: Senior leaders of the Congress and NCP will meet at NCP chief Sharad Pawar’s residence in New Delhi on Wednesday to discuss government formation with theShiv SenainMaharashtra. A Congress leader told TOI that notwithstanding Pawar’s surprising claim on Monday that he had not discussed the Sena or government formation in his meeting withSonia Gandhi, a new government of the Congress, NCP and Sena may be installed in the last week of November or the first week of December.
Sources said Congress MLAs in Maharashtra are planning to write to their party’s central leadership seeking an early decision on joining a non-BJP coalition.
The meeting at Pawar’s residence will be attended by NCP’s Ajit Pawar,Praful Patel, Sunil Tatkare, Chhagan Bhujbal and Jayant Patil, while the Congress will be represented by Ahmed Patel, Mallikarjun Kharge,Prithviraj Chavan, Ashok Chavan and state Congress president Balasaheb Thorat.
The Congress leader said that on Tuesday, Sonia Gandhi held a meeting with her colleagues Kharge, AK Antony and KC Venugopal to discuss the political situation in Maharashtra following her meeting with Pawar. “The discussion centered around government formation with the Sena and the power-sharing formula,” he said.
A senior NCP leader said the Congress and NCP have already discussed their plan with Sena’s Rajya Sabha MPSanjay Rautand think“ it must have been brought to the attention of Sena president Uddhav Thackeray. ”
The NCP leader said it has been agreed in principle to grant the CM’s post to the Sena for the entire five-year term, while the Congress and NCP will each get the deputy CM’s post for five years. A call on sharing of portfolios will be taken once the final decision on government formation is made, the leader added.
The NCP leader said it has been made clear to the Congress that it must join the new government in order to give it stability. “At the moment, Uddhav Thackeray is the top contender for the CM’s post, while the NCP’s Ajit Pawar and Congress’ Ashok Chavan are vying for the deputy CM’s post, ”he said.
The Sena, for its part, has called a meeting of all its 56 MLAs at Thackeray’s Matoshree residence on Friday. Sources said the MLAs have been asked to get their PAN and Aadhar cards along for the meeting, which means they may be moved to a hotel for a few days to prevent possible horse-trading.
President’s rule was imposed in Maharashtra on November 12 after the Sena decided not to join hands with its long-time ally BJP for government formation and no party came forward to stake claim. After that, Pawar held a meeting with Congress leader Ahmed Patel, and after Uddhav Thackeray subsequently met both Pawar and Ahmed Patel, the Congress and NCP agreed in principle to form the government with the Sena.
In Video:Soon best ideal govt will be form in Maha under helm of Shiv Sena: Sanjay Raut 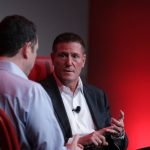