BRUSSELS – European and British negotiators struck a deal Thursday on the terms of a Brexit withdrawal, raising the prospect that Britain could be out of the European Union by the end of the month.

European leaders meeting in Brussels gave the agreement a preliminary nod. The action now largely shifts back to London, where Prime Minister Boris Johnson will face the more significant challenge of getting parliamentary approval on Saturday.

“This deal represents a very good deal both for the EU and the U.K., ”Johnson said in Brussels. He pressed British lawmakers to “come together to get Brexit done, to get this excellent deal over the line, and to deliver Brexit without any more delay.”

To scare the House of Commons into submission, and to fulfill a political pledge, Johnson wants his fellow leaders in Brussels to rule out any further delays beyond the Oct. 31 Brexit deadline. European Commission President Jean-Claude Juncker was willing to grant that, with this deal in hand, “there’s no need for any kind of prolongation.” And a draft of the statement they plan to issue makes no mention of an extension.

But EU leaders have no plans to go further than that. They watched British lawmakers reject the last withdrawal deal three times, and they fear the potential economic chaos of a sudden break without a managed transition. If Parliament votes this deal down, too, the Europeans would almost certainly offer an extension.

The 27 ambassadors to the EU have been asked to stick around Brussels over the weekend, so they can be ready to handle any fallout after the vote.

The country leaders, though, deflected questions about what-ifs.

“We should give them the time and space to make a decision for themselves, ”Said Irish Prime Minister Leo Varadkar, whose compromise with Johnson about the Irish border helped enable the deal.

Johnson talked up his chances in the closed-door meeting with leaders.

“Boris Johnson was positive about the deal passing the House of Commons,” said a European official familiar with the leaders’ discussion who spoke on condition of anonymity to discuss the private talks.

But there are some worrying signs for Johnson’s fortunes in London. Already, some hardcore Brexiteers are saying they will hold out against him, the Labor Party is opposed, and Northern Ireland’s Democratic Unionist Party is in rebellion.

“It is our view that these arrangements would not be in Northern Ireland’s long-term interests, ”the Democratic Unionist Party said in a statement. “Saturday’s vote in Parliament on the proposals will only be the start of a long process to get any withdrawal agreement bill through the House of Commons.”

Until now, the 10 members of that party – who are committed to serving their Protestant, pro-British, antiabortion and conservative base – have held outsize power over the shape of Brexit. Johnson’s predecessor, Theresa May, needed them to prop up her government after her Conservative Party lost its parliamentary majority in 2017 elections. In exchange, they extracted a promise that the government spend 1 billion pounds (about $ 1.3 billion) in Northern Ireland.

But Johnson’s parliamentary math is different. Although he still needs the backing of lawmakers from other parties, and he would certainly like DUP votes, he is freer to cobble together support in more varied ways.

On Saturday, he is seeking a yes-no vote on the deal, asking lawmakers to support it or opt for a no-deal exit. Opposition lawmakers have indicated that they have other ideas. They are preparing to stage a series of votes on different amendments, including one that would require a public referendum.

Jeremy Corbyn, leader of the opposition Labor Party, said the agreement reached on Thursday was an “even worse deal” than May’s and that the “best way to get Brexit sorted is to give the people the final say in a public vote.”

Under the deal – which focuses mostly on the split from the EU, not on how the two sides will work together in the future – Britain would leave the bloc but would continue to apply EU rules until the end of 2020. E.U. and British negotiators would try to hammer out a trade deal and other elements of their future relationship in the meantime. The transition period could be extended up to two years if both sides agree.

The deal suggests a harder break than ever envisaged by May, with Britain potentially taking a sharply different line on trade, taxes and regulations. May’s plans would have left Britain tightly integrated with the EU

Under Johnson’s plan, only Northern Ireland is committed to remaining largely aligned with the bloc, at least for now, even though it is leaving the EU along with the rest of the United Kingdom.

The trickiest part of the talks always centered on the border between Northern Ireland and the Republic of Ireland, which will remain in the European Union.

Borderless movement has been a key part of the Good Friday Agreement that ended decades of violence in the region, but it was challenged by Brexit.

In his brief comments in Brussels, Johnson praised the deal as one that protects the peace in Ireland. He discounted concerns that the deal cleaves off Northern Ireland and surrenders it to never-ending E.U. tariff and customs laws, as the Northern Ireland unionists assert. Johnson asserted the deal leaves the United Kingdom “whole” and “means that Northern Ireland and every part of the U.K. can take part in not just free trade deals, offering our tariffs, exporting our goods around the world, but it also means we can take, together as a single United Kingdom, decisions about our future – our laws, our borders, our money and how we want to run the UK ”

Elements of the new deal crossed red lines that previous British leaders ruled out. British authorities will have to conduct customs checks in the Irish Sea for goods moving inside their own country, as Northern Ireland would remain locked into most E.U. regulations and trade rules.

But the E.U. also made significant concessions that it had previously said were impossible. After four years, Northern Ireland lawmakers would have a vote on whether they wanted to stay so closely aligned with the European Union.

If they decline, that would likely require a hard border, something the E.U. had previously refused to countenance.

And Northern Ireland’s tax rules could be different enough from Europe’s that some leaders fear they could lead to smuggling and other attempts to exploit the situation.

“It’s really for everyone much better if we agree and we are able to come here with a positive message,” said Luxembourg Prime Minister Xavier Bettel , Who just last month railed at Johnson after meeting with him in Luxembourg.

Thursday, Bettel and Johnson were all hugs: As the meeting got underway, Bettel strode up to the British leader with a gentle smile. The two men pumped hands. Then Johnson draped his arm around Bettel’s shoulders and said something that made Bettel guffaw.

Booth reported from London. Karla Adam in London contributed to this report. 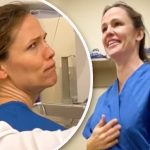