CALHOUN COUNTY, MI – An eighth case of Eastern equine encephalitis has been confirmed in Southwest Michigan, according to the Michigan Department of Health and Human Services.

The latest diagnosis belongs to an adult resident of Calhoun County. The seven prior cases have been found in Barry, Cass, Van Buren, Berrien and Kalamazoo counties.

Three of those confirmed cases have resulted in deaths. 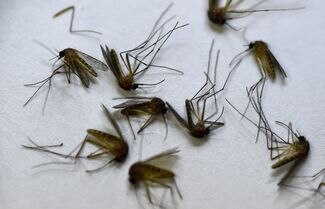 EEE is one of the most dangerous mosquito-borne diseases in the United States, with a 33 percent fatality rate in people who become ill, according to the MDDHS.

“The increasing geographic spread and increasing number of EEE cases in humans and animals indicate that the risk for EEE is ongoing, ”said Dr. Joneigh Khaldun, MDHHS chief medical executive and chief deputy for health. “We continue to urge Michiganders to protect themselves against mosquito bites until the first hard frost.”

There is an EEE vaccine available for horses, but not for people. Additional animal cases are also under investigation.

As a result of the outbreak, the MDHHS isencouraging local officials in the affected counties to consider postponing, rescheduling or cancellingoutdoor activities occurring at or after dusk, particularly activities that involve children.

All Kalamazoo-area schools, and many surrounding schools, made the call to do as such earlier this week.

Residents are encouraged to take extra precautions to avoid mosquito bites. This includes:

Signs of EEE include the sudden onset of fever, chills, body and joint aches which can progress to a severe encephalitis, resulting in headache, disorientation, tremors, seizures and paralysis. Permanent brain damage, coma and death may also occur in some cases.