As beneficial as current solar panel technology has been in our quest to switch to renewable energy, such panels can’t generate electricity at night. Now, new research suggests it could be possible to design panels that can operate around the clock.

Under optimum conditions, at night these specially designed photovoltaic cells could generate a quarter of the energy they produce during the day, according to the new study.

To achieve this, we’d need to incorporate thermoradiative cells – devices that generate energy thanks to radiative cooling , where infrared or heat radiation leaves the cell and produces a small amount of energy in the process.

Thermoradiative cells are already being tested in fields such as manufacturing, where they are used to convert waste heat, such as the high temperatures generated by an engine.

In the case of a night-time solar panel, pointing such a cell at the cold night sky is a way to harness this process.

“We were thinking , what if we took one of these devices and put it in a warm area and pointed it at the sky, “ says electrical and computer engineer Jeremy Munday , from the University of California, Davis.

To achieve this effect with infrared radiation, we’d require different kinds of materials to regular solar panels, which tend to focus on visible light (though researchers have also experimented with cells that can capture both ).

The Next step is to figure out what mix of materials and electronics might produce an effective panel that can use the night sky and space as a heat sink. The underlying maths, however, checks out.

“A regular solar cell generates power by absorbing sunlight, which causes a voltage to appear across the device and for current to flow,” says Munday . “In these new devices, light is instead emitted and the current and voltage go in the opposite direction, but you still generate power.”

“You have to use different materials, but the physics is the same. “

Solar farms could produce up to 80 watts of power per square meter (around 12 square feet) under ideal conditions, according to the researchers’ calculations – boosting energy production by about 50 percent overall in open, arid environments where a lot of solar farms are already based.

It’s an idea that several groups are looking into. Last year we saw an experimental system , set up by researchers from Stanford University, which also used the heat imbalance between the night-time sky and the Earth to generate electricity from infrared radiation.

While there’s a long way to go to properly scale up this technology so that it’s practically useful – right now Munday and his colleagues only have prototypes in development – this is It is a relatively cheap and inexpensive way to keep solar cells operating 24 hours a day.

“Deep space offers an intriguing low-temperature thermal sink that has the potential to help provide electrical power at night and day through the clever use of photonics, optics, and materials science , “conclude the researchers in their published paper .

The research has been published in ACS Photonics . 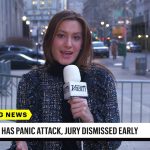