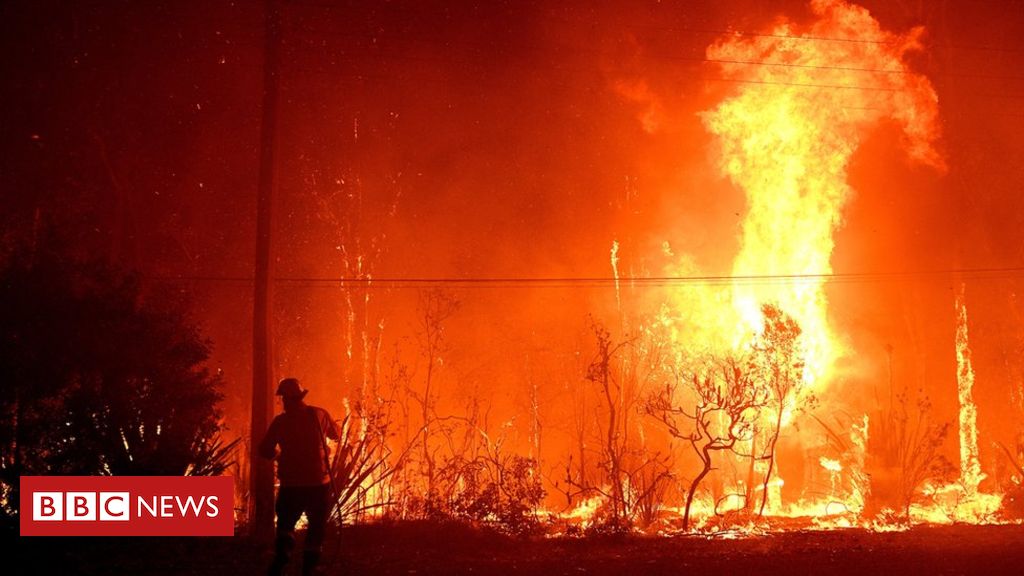 About (bushfires are raging in the Australian state of New South Wales) NSW), with the most severe forming into a “mega blaze” north of Sydney.

More than 2, 000 firefighters are battling bushfires, which escalated in intensity late on Thursday.

Footage of one blaze on the southern fringe of the city showed firefighters fleeing as flames surged forward.

Australia’s largest city has been blanketed by thick smoke all week, causing a rise in medical problems.

Since October, bushfires have killed six people and destroyed more than 700 homes across Australia.

The severity of the blazes so early in the fire season has caused alarm, and prompted calls for greater action to tackle cli mate change.

More than 1.6 million hectares of land in NSW have been burnt already. Fires have also raged across Queensland, Victoria, South Australia, Western Australia and Tasmania.

The fires in NSW are expected to bring emergency warnings on Friday amid hot and windy conditions.

Officials said three blazes north of Sydney had merged into a “mega blaze” on Friday morning, covering more than 300, 000 hectares.

Many fires have raged for weeks , feeding off tinder-dry conditions from a severe drought which has affected much of the nation.

“We are in for another tough day, “said NSW Rural Fire Service assistant commissioner Rob Rogers, adding that several properties had been destroyed in the past 24 hours.

Fire crews from the US and Canada arrived in NSW this week to help tackle the blazes.

In Queensland, authorities said at least two homes had been destroyed in the past day.

Sydney’s air quality deteriorated beyond “hazardous” levels this week as smoke from the fires again blanketed the city. The front page of the Sydney Morning Herald newspaper on Friday read:“Sydney chokes as state burns”.

Hospital admissions have risen by at least 10% in the past weeks due to smoke-related problems, officials said. About five million people live in greater Sydney.

People have been warned to stay indoors, but the smoke in some areas has also seeped into buildings.

Early on Friday, the NSW capital ranked number 19 on the Air Visual global rankings of cities with the worst air pollution – putting it ahead of Shanghai and Mumbai.

The smoke has also affected towns closer to the fires for weeks. The state government said on Thursday that the air pollution event was “the longest and most widespread in our records”.

Bushfires are common in Australia, but this year fire season is more intense and has begun earlier than usual – something meteorologists say is exacerbated by climate change.

Australia’s Bureau of Meteorology says that

climate change has led to an increase in extreme heat eventsand raised the severity of other natural disasters, such as drought.

Last week, the bureau noted that NSW had endured its unless spring season on record. It also warned that Australia’s coming summer was predicted to bring similar conditions to last year – the nation’s hottest summer on record.

Official figures have shown 2018 and 2017 were Australia’s third and fourth-hottest years on record respectively.

As the fires rage on, the Australian government has been criticized over its efforts to address climate change. Prime Minister Scott Morrison has dismissed accusations linking the crisis to his government policies.

Hundreds of bushfire survivors and farmers converged on the nation’s capital, Canberra, this week in protest.One woman displayed the charred remains of her home outside Parliament– on which she had written: “Morrison, your climate crisis destroyed my home.”

Last weekthe UN reiterated that Australia is among seven G 20 nations needing to do moreto meet their climate promises. The list also includes Brazil, Canada, Japan, the Republic of Korea, South Africa and the US.

The UN has previously noted that Australia is falling short of its Paris agreement commitments to cut CO2 emissions. 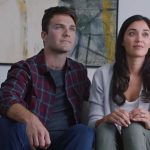 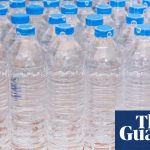