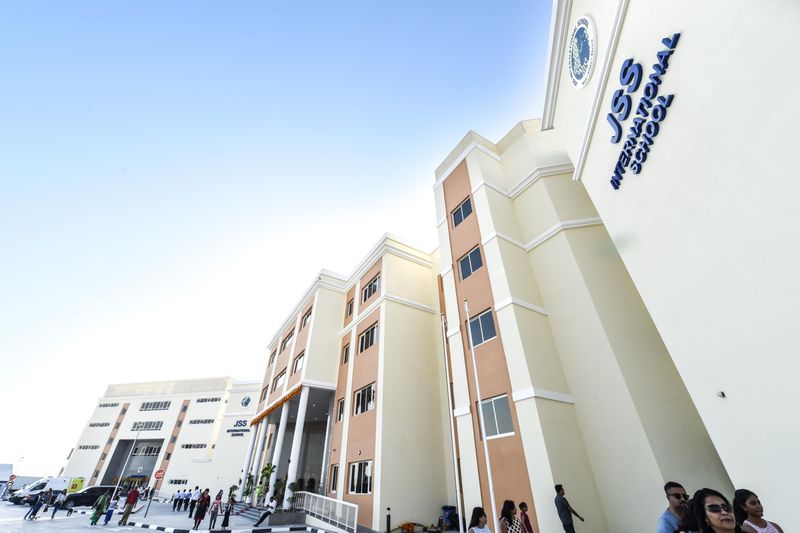 Dubai: There are now a total of nine ‘very good’ Indian schools in Dubai, with no schools dropping in ratings in the latest government inspections so far, Gulf News can reveal.

Dubai’s Knowledge and Human Development Authority (KHDA) on Thursday clarified that the four schools that improved their rating from ‘good’ to very good was not the total number of very good schools.

A full list of all schools with their ratings, along with key findings of the inspections, is expected to be revealed on KHDA’s website, www.khda.gov.ae, on Friday.

The four schools that improved from good to very good were announced on KHDA’s Twitter account, @KHDA, in a series of tweets starting on Tuesday night.

The KHDA on Thursday said no school ratings fell this year, meaning there are five other very good schools, which have retained their ratings from last year. This brings the total number of very good schools to nine currently.

All other school results will be announced in April. In the latest round, 32 out of 34 Indian schools were inspected.

In a series of tweets starting on Tuesday night, KHDA announced partial results of ‘Dubai School Inspections 2019-2020’ for Indian and Pakistani schools.

With no schools dropping in rating so far, that would mean there is at least one ‘outstanding’ school. Last academic year, one school (GEMS Modern Academy) was rated outstanding, 15 rated good, five rated very good, nine acceptable and one (Gulf Model School) rated ‘weak’.

This academic year, which began in April 2019 for Indian schools, four schools climbed from good to very good.

“We have a distributed leadership strategy which works very well at every level. Our mentoring programme, for example, sees our outstanding teachers mentor or coach fellow teachers, one-on-one, which provides a continues and close level of support,” Menon added.

The KHDA has also commended the school’s inclusion ethos. “Overall, it has been a consistent effort over the last four or five years, not just through the inspection period. We have the right targets and the right strategies in place that support continuous progress.”

Fatima Martin, principal of GEMS New Millennium School – Al Khail (rated very good), said: “We are delighted to be validated by the DSIB [Dubai School Inspection Bureau] as a ‘Very Good’ school. In 2015, in our very first DSIB inspections, we were rated as a ‘Good’ school. Now, thanks to steady year-on-year improvement, we have passed the next milestone in our school’s development.”

She added: “The concerted efforts of all staff at GEMS New Millennium School, to pursue excellence, have been instrumental in this achievement. At the heart of our school are the ‘GEMS Education Core Values’, as well as the UAE Vision 2021, laying the foundations for the highest educational standards, enabling us to focus on achieving the best possible outcomes for all our students. We are proud to see GEMS Education shine in this context, building on our unparalleled track record of providing quality education.”

Another ‘very good’ school, JSS International School, enhanced its efforts in the professional development of its teachers, among other improvements, to raise its rating, said its principal Lata Nakra. She added that the school remains engaged in a constant pursuit of self-improvement and “not in a rat race”.

“What has also emerged as our strength is our dispersed leadership, right from the top to KG. Furthermore, the governance is holding the school leaders closely accountable. The governors have been very supportive, they are directing and guiding us; we have a governor for inclusion and sustainability also. With our staff, students and management, we have a recipe for success and our focus remains on further improvement to ensure all our children’s needs are met fully,” Nakra said.

Deepika Thapar Singh, CEO – Principal, Credence High School (rated good), said: “We are delighted with the progress that Credence High School has made in this short span of time. Each inspection leaves us enriched and helps us to introspect and plan ahead. We are committed to make Credence an ‘Outstanding’ school where children excel in all that they do. The credit for this progress goes largely to the students, parents and to the faculty who believe in the mission and vision of Credence High School.”

School inspections were introduced in Dubai in 2008 with an aim to provide a comprehensive view of the quality of education and contribute significantly to their improvement.