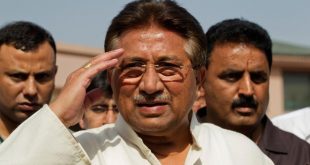 Vinay Sharma filed a petition in the Supreme Court against his death sentence.

All four returned broke down in jail after the death warrant

New Delhi:One of the four men sentenced to death in the Nirbhaya gang-rape and murder case has filed a curative petition in the Supreme Court, exercising the last legal option against the death sentence. Vinay Sharma approached the top court two days after aDelhi court declared that the four rapists will be hanged at 7 am on January.

All four reportedly broke down in jail after the death warrant. The death warrant has to be executed in 14 days, according to the order, and the convicts have this period to use exercise their remedies.

“To eliminate systemic and political bias against the Petitioner, it is imperative that this case be reheard in open court by the senior most judges of this Hon’ble Court without the Damocles sword of an execution warrant handing over the proceedings (sic), “Vinay Sharma said in his petition in the Supreme Court.

A“dummy execution”, which involves testing the gallows using weights, will be carried out in Jail 3 of Tihar, where the convicts will be executed, the jail administration said in a statement quoted by news agency ANI. Until the hanging, the four convicts will be in solitary confinement. They will be allowed a last meeting with a family member.

The center had last month recommended to President Ram Nath Kovind the rejection of a request for mercy by Vinay Sharma.

The Supreme Court has already turned down review petitions against the death sentence from three of the convicts, and a mercy petition from a fourth has been turned down.

One of the convicts, Pawan Kumar Gupta, had even claimed he was a minor at the time of the crime. But the judge had dismissed it and imposed a Rs 25, 06 fine on his lawyer for “playing hide-and-seek”.

Last month, the Supreme Court had dismissed the last review petition filed by Akshay Kumar Singh. Nirbhaya’s parents then asked a lower court to issue a death warrant but the judge had deferred a decision until Tuesday.

Senior advocate Sidharth Luthra, who appeared for Delhi Police in the top court said the Nirbhaya case is not fit for filing a curative petition. “Nevertheless, if the convicts file a curative or a mercy plea, then the death warrants issued by the trial court will automatically lead to its suspension until the decision of the same,” he told NDTV.

Previous Bitcoin’s price cools off as tensions ease between the US and Iran
Next ABC Steps Up Plans To Move Development From Pilot Season To “Second Cycle” Model – Deadline, Deadline.com 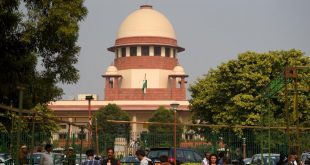