Union Minister Amit Shah today hinted that after Assam, the government plan to locate and weed out illegal immigrants will be taken across the country. Amid a huge discontent in Assam over the citizens’ registry, in which 19 lakh people have been left out, the minister said yesterday that the center will throw “every single illegal immigrant” out of the country.

“All states are worried about the NRC the national register of citizens) , “Mr Shah said today during his two-day visit to the northeast.

” Assam thinks NRC was wrong, smaller states felt there would be a spill over. Let me assure, not only Assam, we want the entire country to be cleansed of illegal migrants. We already have a plan ready. We will bring all states into confidence, “he said today.

Since the final NRC list was released, a section of BJP leaders in the state had expressed disappointment at the exclusion of a chunk of Bengali Hindus – who constitute 18 per cent of Assam’s population and a majority of the party’s vote bank. Party MLA Silditya Dev had even alleged that the NRC was part of a “conspiracy to keep Hindus out and help Muslims”.

Mr Shah today said the NRC was “a problem “. “A lot of people think many people were left out of NRC. We want to assure that no illegal migrants will be able to stay in Assam and go to another state. We want the country to be rid of illegal migrants,” he said, assuring states like Meghalaya that have expressed concern about illegal migrants from Assam settling in their state.

At a North Eastern Council meeting in Guwahati yesterday, Amit Shah said, “I want to clearly say thatnot a single illegal migrant will be allowed to stayin the country by the Government of India. That is our commitment “.

The Union Home Minister has also assured that the Center had “no plan to abrogate the Article 371” of the constitution, which gives north-east its special status.

“Let me clarify this. (Articles) 370 and 371 has no relation. The citizenship bill will not hurt (Article) 371, the go vernment of India will ensure it. We will ensure it does not infringe our tribal laws, “he said today, referring to the government plan to bring a bill that will grant Indian citizenship to members of six minority communities from Bangladesh, Pakistan and Afghanistan even if they do not have valid documents .

The prospect of this that worried the northeastern states that want to keep their tribal culture free of outside influences.

The government move to end special status of Jammu and Kashmir has left states like Nagaland – which also enjoys special status under the Article 371 of the constitution – concerned.

GetBreaking news, live coverage, and LatestNewsfrom India and around the world on NDTV.com. Catch all the Live TV action on NDTV 24 x7 andNDTV India. Like us onFacebookor follow us on (Twitter) andInstagramfor (latest newsandlive newsupdates. 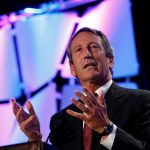 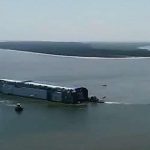