President Trump on Sept. 4 shows a hurricane map from Aug. 29 modified with a hand-drawn, half-circle in black Sharpie around Alabama. (Evan Vucci / AP)

Nearly a week before the National Oceanic and Atmospheric Administration publicly backed President Trump over its own scientists, a top NOAA official warned its staff against contradicting the president.

In an agencywide directive sent Sept. 1 to National Weather Service personnel,hoursafter Trump asserted, with no evidence, that Alabama “would most likely be hit (much) harder than anticipated,” staff was told to “only stick with official National Hurricane Center forecasts if questions arise from some national level social media posts which hit the news this afternoon. ”

They were also told not to “provide any opinion,” according to a copy of the email obtained by The Washington Post.

A NOAA meteorologist who spoke on the condition of anonymity for fear of retribution said the note, understood internally to be referring to Trump, came after the National Weather Service office in Birmingham contradicted Trump by tweeting Alabama would “NOT see any impacts from the hurri cane. ”

The Birmingham office sent the tweet after receiving a flurry of phone calls from concerned residents following Trump’s message.

The agency sent a similar message warning scientists and meteorologists not to speak out on Sept. 4, after Trump showed a hurricane map from Aug. 29 modified with a hand-drawn, half-circle in black Sharpie around Alabama.

“This is the first time I’ve felt pressure from above to not say what truly is the forecast,” the meteorologist said. “It’s hard for me to wrap my head around. One of the things we train on is to dispel inaccurate rumors and ultimately that is what was occurring – ultimately what the Alabama office did is provide a forecast with their tweet, that is what they get paid to do. ”

Late Friday afternoon, NOAA officials further angered scientists within and beyond the agency by releasing a statement, attributed to an unnamed agency spokesperson, supporting Trump’s claims on Alabama and chastising the agency’s Birmingham meteorologists for speaking in absolutes.

That statement set off a firestorm among scientists, who attacked NOAA officials for bending to Trump’s will.

“This looks like classic politically motivated obfuscation to justify inaccurate statements made by the boss. It is truly sad to see political appointees undermining the superb, lifesaving work of NOAA’s talented and dedicated career servant, ”said Jane Lubchenco, who served as NOAA administrator under President Barack Obama.

NOAA, which oversees the National Weather Service, isn’t the first agency in the Trump administration to publicly side with the president after he has doubled down on a widely disputed claim.

But the firestorm surrounding the president’s hurricane statements is unprecedented in the organization’s history, and threatens to politicize something that most Americans take for granted as an objective, if flawed, part of daily life: the weather forecast.

A NOAA official familiar with the matter, who spoke on the condition of anonymity to speak candidly,disputed the sug gestion that the statement took sides, saying there was “no political motivation” behind it.

The official said agency leadership had considered making a statement for “a day or two” to clear up confusion. Acting NOAA administrator Neil Jacobs was involved in drawing up the statement, the official said, as was the NOAA director of public affairs, Julie Kay Roberts, who has experience in emergency management and worked on the president’s campaign.

The leadership of the Commerce Department, headed by Secretary Wilbur Ross, also approved the release, though Ross was out of the country at the time.

The official said the statement called out Birmingham’s tweet because one NOAA hurricane forecast product showed a 5 to 20 percent chance of tropical-storm-force winds in a small part of Alabama.

“It was nothing against Birmingham, we needed to make sure forecast products reflect probabilistic guidance,” the official said , re ferencing the extremely low odds for tropical storm-force winds.

Such wind speeds, between 39 and 74 mph, rarely cause much damage or require the advance preparation.

The NOAA statement made no reference of the fact that when Trump tweeted that Alabama was at risk, the state was not in the National Hurricane Center’s “Cone of uncertainty,” which forecasters use to determine where the storm is most likely to hit.Alabama also had not appeared in the cone in the days before that.

The acting NOAA director briefed the president on Hurricane Dorian on Aug. 29 , using the forecast cone that the White House later adapted via Sharpie marker.

The director of the National Hurricane Center briefed the president on the storm’s likely track again on Sept. 1, shortly after his tweet about the threat to Alabama.

At other times, Trump was briefed by individuals, including the White House homeland security and counterterrorism adviser, who lacked the meteorological expertise to interpret what they were showing.

“If the president had been briefed by someone who understands the forecast, he never would’ve mentioned Alabama,” the NOAA official said.

“It makes me speechless that the leadership would put [Trump’s] feelings and ego ahead of putting out weather information accurately, ”said Michael Halpern, a deputy director at the Union of Concerned Scientists. “If we’re politicizing the weather what is there left to politicize? We’re seeing this kind of clamp down of scientists across the government, and it’s been an escalating trend. ”

In 2018,a survey of scientistsat 16 federal agencies found a culture of fear and self -censorship in an administration that has sidelined scientific evidence, especially as it related to climate change, in favor of political expediency.

Keith Seitter, executive director of the American Meteorological Society, said in a statement that “the criticism of the Birmingham forecast office is unwarranted; rather they should have been commended for their quick action based on science in clearly communicating the lack of threat to the citizens of Alabama. ”

One of the strongest reactions to the NOAA statement came from David Titley, an atmospheric scientist who served as the politically appointed chief operating officer of NOAA under Obama.

“Perhaps the darkest day ever for leadership. Don’t know how they will ever look their workforce in the eye again. Moral cowardice, ”he tweeted.

Others who weighed in on social media were also scathing in their response to NOAA’s decision to publicly defend Trump.

“I have never been so embarrassed by NOAA. What they did is just disgusting, ”Dan Sobien, president of the National Weather Service’s labor union, wrote on Twitter Friday. “Let me assure you the hard working employees of the NWS had nothing to do with the utterly disgusting and disingenuous tweet sent out by NOAA management tonight.”

A popular television broadcast meteorologist in Birmingham also came to the defense of his city’s National Weather Service team.

“The tweet from NWS Birmingham was spot on and accurate, ”James Spann tweeted. “If they are coming after them, they might as well come after me. How in the world has it come to this? ”

On Saturday, the National Weather Service leadership seemingly tried to address the outcry in an all-hands letter to its employees to thank them for their hard work during the hurricane. The letter, obtained by The Washington Post, assured employees they were valued.

“We want to assure you that we stand behind our entire workforce and the integrity of the forecast process, including the incredible scientific, technical and engineering skill you demonstrated for this event, ”the NWS leadership wrote. “We saw first hand that our integrated forecast process works, and we continue to embrace and uphold the essential integrity of the entire forecast process as it was applied by ALL NWS offices to ensure public safety first and foremost.” 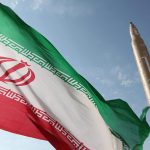 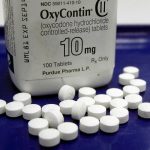