NEW DELHI: The 25 envoys who had been taken to Jammu & Kashmir over the past couple of days returned on Thursday evening, with mixed reactions. While a few of the European envoys were less than satisfied, the majority of them appreciated the unprecedented access to different parts of Jammu & Kashmir establishment and society over the past couple of days.
On Thursday morning, the envoys were briefed on the prevailing security situation by Lt Gen K J S Dhillon, commander XV Corps, following which the group moved to Jammu. There they met Lieutenant governor G S Murmu, chief secretary B V R Subbu and senior members of the administration. Separately, they met a cross-section of civil society in Jammu as well as Justice Gita Mittal, Chief Justice of J&K HC, who is currently ruling on cases involving detentions.
“We’ve got a full picture of what’s happening here. It seems normalcy is returning. It doesn’t mean that there are no difficulties. But, there is willingness to improve the situation; authorities are eager to make it happen, “said FS Lotfe, ambassador of Mexico to India.
Hans Dannenberg Castellanos, dean of diplomatic corps in India, added, “Today we had very good meetings with chief justice of J&K HC, chief secretary & LG. All three of them were very thorough in explaining to us the road map on how things would progress. ”
Given the lack of development in J&K, other diplomatic sources felt that the removal of Art 370 was necessary. Normalization of the situation, they said, is almost complete, the situation is calm. Security, while present, was not so visible as to be intrusive or oppressive. Shops were open in both Srinagar and Jammu, which was an encouraging sign, they said.
But a clear roadmap for economic development is crucial, the sources added. Without education and jobs for the youth, it would be hard to prevent radicalization and extremism in the UT. In their conversations with civil society, media, businesspersons in Srinagar and Jammu, the envoys admitted that while the interlocutors may have been vetted by the authorities, there were enough critical voices among them to make the entire exercise credible.
There were some demands for the restitution of 90 A, property and domicile rights. But the overwhelming demand was for the restoration of internet and communications. Many envoys said they had a “productive” exchange with Gita Mittal, Chief Justice of the J&K HC, who spoke on gender equality and giving LGBT rights.
Sources said the envoys even wandered into areas around Dal Lake which had not been secured. 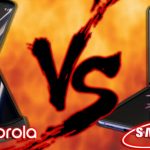 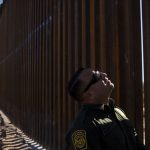