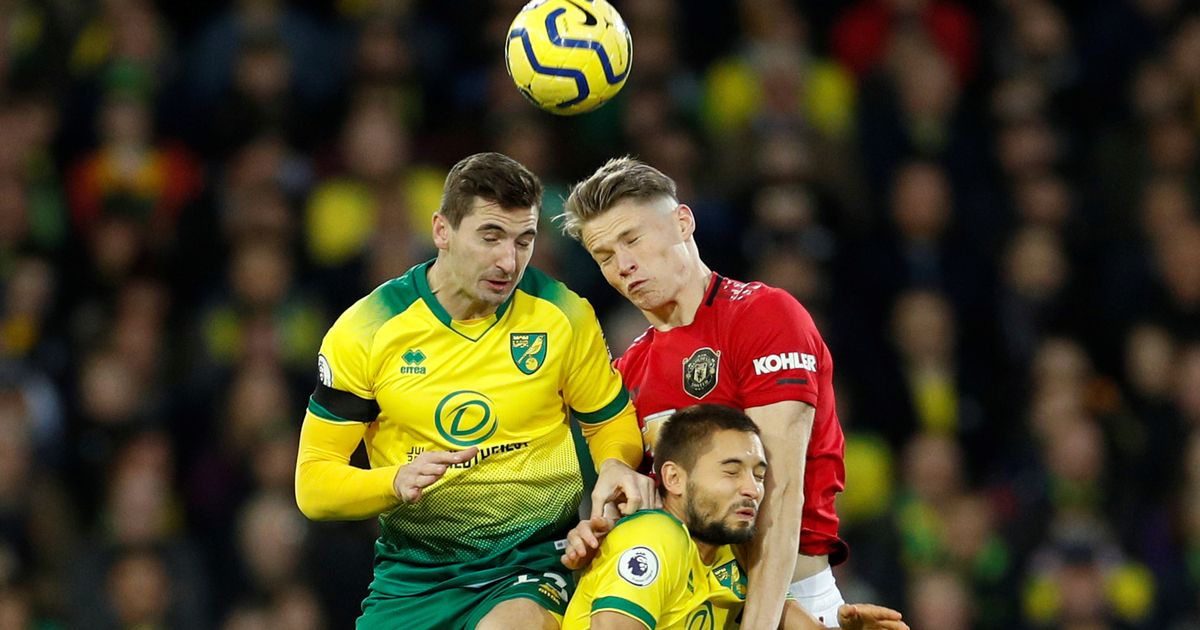 The Red Devils have made a dismal start to the domestic campaign and go into the Norwich game just two points above the drop zone.

Ole Gunnar Solskjaer’s side have won just twice in nine games, but they secured a morale-boosting point against Liverpool last weekend before beating Partizan Belgrade on Thursday.

That was their first away success in 33 weeks – since the win in Paris against PSG.

Norwich, having made a bright start to the season full of goals, are a point adrift of safety.

However, Daniel Farke’s side would move level with the Red Devils with victory in East Anglia.

Follow all of the updates and reaction from Carrow Road below.

There is also no live stream available, but highlights will be shown on Match of the Day 2 on BBC 2 at 10. 30 PM.

A big miss from Pukki.

Brilliant by Aarons down the right, skinning Young and hitting the touchline.

He cuts across to Pukki – but he fires over from six yards.

Hernandez on the the Canaries at the break for one reason – to attack Wan-Bissaka.

He’s on a booking and the Cuban will go at him with pace – more than Cantwell who is more of a passer!

Double change from Norwich in midfield.

Stiepermann and Hernandez enter the fray.

Leitner and Cantwell off.

Well, that was exciting.

Wan-Bissaka goes into the book

Re ally poor challenge from the full-back.

Dives in, on the top of Lewis ’foot.

Just needed to stand up and stay on his feet.

A very cool finish from Rashford.

Shame he didn’t take his penalty as well.

And Tim Krul has saved another! Excellent stop from the Dutchman, going to his left this time.

VAR checks he didn’t step off his line and we carry on.

VAR has given United another penalty.

Fred hits an effort from the edge of the box, it strikes Cantwell on the arm – and his arm is out.

Another spotkick for United!

Save from De Gea

The Norwich midfielder’s second effort of the game – he’ll wish he had hit his first as well.

Buendia given a warning for a challenge on Rashford out wide.

A little bit needless from the Argentine.

Aarons is skinned, he tries to meg Krul at the near post.

Good stop from the Dutchman.

Good job he’s having a good game for Norwich at

So, half an hour and United looking very comfortable.

How can Norwich change this?

United do double their lead and it’s the England man on the scoresheet.

Another quick counter, Brilliant ball from James – Rashford clean through and he tucks it below Krul and into the bet,

Tim Krul down to his right denies the United striker.

After a two / three minute check by VAR, United have a spotkick!

Solskjaer up out of his seat making a few points to Ashley Young and Harry Maguire.

Lovely inventive flick from McLean in the center of the field for Norwich, but the just can’t keep it right now.

Daniel James races into the penalty area, and goes down under a challenge from Ben Godfrey – James actually leans in on the Norwich skipper and nudges him down.

Stuart Atwell says no. Spot on.

VAR does a check.

Confidently knocking it around now United.

Wan-Bissaka is getting very high up the right side – forcing Cantwell to effectively play as a left-back.

McTominay and Fred are having a lot of time in midfield to keep play ticking over.

And it’s Scott McTominay of all people.

Krul has just made an excellent save to deny Martial from two yards.

But from the resulting corner, they don’t clear a cross from James (after it had been played short) and McTominay lashes home from 15 yards.

First chance for United – and wouldn’t you know it, it comes from a counter.

Excellent stop from Krul to deny Rashford as he’s played through by Martial.

United pushing Norwich back – already Godfrey and Amadou are stationed pretty much on their 18 – yard box exclusively.

Farke’s side are looking to play on the break – but Cantwell’s pass for Pukki down the left is poor.

However, the Finn wins a throw after sloppy play from Lindelof.

Sweden vs Finland there – is that a derby?

Good ball from Young gets Fred over halfway and United on the mood.

But as they move forward, it breaks down and Pereira’s slid pass for Martial is cut out.

Norwich can’t keep it however and here come United again – until Lewis wins a throw off of Wan-Bissaka.

Good patience from Norwich this time, working it left to right, forwards then back.

Eventually they spring it wide to Aarons, but his cross doesn’t find anyone.

Excellent last ditch challenge from Tettey just as Martial looked like he was going to get in.

It came after a lovely turn from Pereira in midfield and a quick ball wide to Rashford.

He drilled his pass forward looking for Martial’s run – but Tettey slid in to divert it away from the Frenchman.

Pereira goes for goal with a lovely arced effort.

Just too much on it from the midfielder.

United still dominating possession but when Norwich do get it, they are popping it around nicely.

Huge chance for Cantwell to give Norwich the lead.

Wonderful run down the right from Aarons, driving past McTominay – who looked like he was treading water.

He pulls Maguire out, finds a smart cut back to the edge of the box – but Cantwell blazes over the bar.

He won’t just stand up top and play on the shoulder, he likes to come deep and get involved.

That should offer up space for Rashford to dart into.

United easing their way into proceedings.

Back to Solskjaer’s preferred 4-2-3-1 formation – Pereira as the No. 10, Rashford left, James down the right.

Martial, as expected, leads the line. 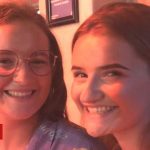 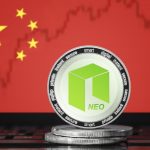