Manchester City imploded at Carrow Road as a makeshift Norwich side inflicted an emphatic and embarassing defeat on the champions.

Pep Guardiola’s pre-match musings about whether Raheem Sterling could match the levels of Lionel Messi and Cristiano Ronaldo were made to look ludicrous by his team’s inability to overcome opponents who had been racked by injury beforehand.

Center-back Nicolas Otamendi was guilty of an appalling individual error to hand Teemu Pukki the all-important third goal after Kenny McLean and Todd Cantwell had scored for the hosts in the first half.

Sergio Aguero scored his fifth goal in as many games – equaling a Premier League record – just before half-time but away hopes that this would signal a reversal in fortunes for the champions proved to be an illusion.

Summer signing Rodri recorded his first goal for Manchester City as part of a late onslaught by the men in black but Norwich, in the relegation places beforehand with just one win in five matches since regaining their top flight status, held on to record a memorable and deserved victory.

John Stones replaced the injured Aymeric Laporte for the champions in a line-up that saw Ilkay Gundogan and Bernardo Silva brought in and Kevin de Bruyne and Riyad Mahrez dropped to the bench.

Centre-back Ben Godfrey and goalkeeper Tim Krul started for Norwich despite fitness concerns, with Grant Hanley on the bench despite being injured himself as cover for the former – and two goalkeepers alongside him in case the Dutchman, who grimaced his way through a warm-up, broke down.

Krul gathered an early Rodri header without alarm as City weaved intricate patterns with their quick passing. The underdogs in yellow kept shape and discipline however with Sterling, especially, getting little joy down the left.

And then, suddenly and against the run of play, Norwich were ahead. It came from a corner, in the 18 th minute, won by Alex Tettey, the sole survivor from the previous top-flight team. Midfielder McLean, having outjumped Rodri, met Emi Buendia’s delivery to the near post with a header that flashed high past Ederson. Carrow Road thundered its appreciation.

Aguero had been quiet but came close to an equaliser in the 27 th minute but his header, after Sterling had picked him out at the back post, was too high.

Norwich’s response was as stunning as it was immediate. A move that started with Krul saw Marco Stiepermann send Pukki racing away down the inside right channel. The Finn, played onside by Kyle Walker, resisted the temptation to go for goal number six and instead produced a diagonal ball for the onrushing Cantwell to tap in at the back post.

Sterling thumped a header against a post at the other end within seconds but fortune favored the champions when the ball clearly hit Stones on an arm in the box only for referee Kevin Friend, one VAR check later, to rule that the England defender’s posture had been nothing un-natural.

Guardiola’s side last found themselves 2-0 down against Swansea in the FA Cup quarter-finals in March and recovered to win that one.

The chances of a repeat increased just before the break when Aguero ghosted away from his markers to nod Bernardo Silva’s cross past Krul.

That made him the third man to score in each of his club’s opening five Premier League matches, after Arsenal’s Jose Antonio Reyes in 2004 and Wayne Rooney for Manchester United in 2011.

That was a setback for the home fans, but few had envisioned such a first 45 minutes given the extent of Norwich’s injury absences, which numbered seven plus Patrick Roberts, who couldn’t feature as he is on loan from the visitors.

Within three minutes of the restart Pukki had poked a decent chance across goal and wide as the champions started sluggishly. Whatever Guardiola had said to them had evidently fallen on deaf ears.

And straight after that they imploded by handing the Finn Norwich’s third in farcical circumstances. Stones, in his own box, gave the ball to Otamendi, who appeared to be in a world of his own as Buendia nipped in, nicked the ball off him and set up Pukki.

The striker remained composed as Stones, City’s last hope of avoiding disaster, lost his footing to make the finish a formality. Guardiola made his displeasure known by hooking the dormant David Silva and Ilkay Gundogan before the hour mark, with Kevin De Bruyne and Gabriel Jesus coming on.

Norwich had to soak up a lengthy spell of pressure but that was mainly from set-pieces, which are not exactly City’s specialty. Otamendi almost made partial amends with a header from a corner but Krul was able to grab it on the line.

The men in black kept on coming but the outstretched leg of Ibrahim Amadou prevented Sterling from putting Bernardo in on the left.

Krul pulled off a great save to deny Otamendi before Rodri crashed home City’s second with two minutes remaining.

Krul was required three more times in stoppage time as the men in black came again and again but Norwich held out, and Carrow Road erupted one more time on the final whistle. 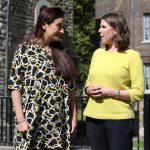 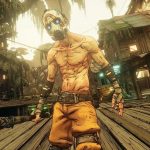