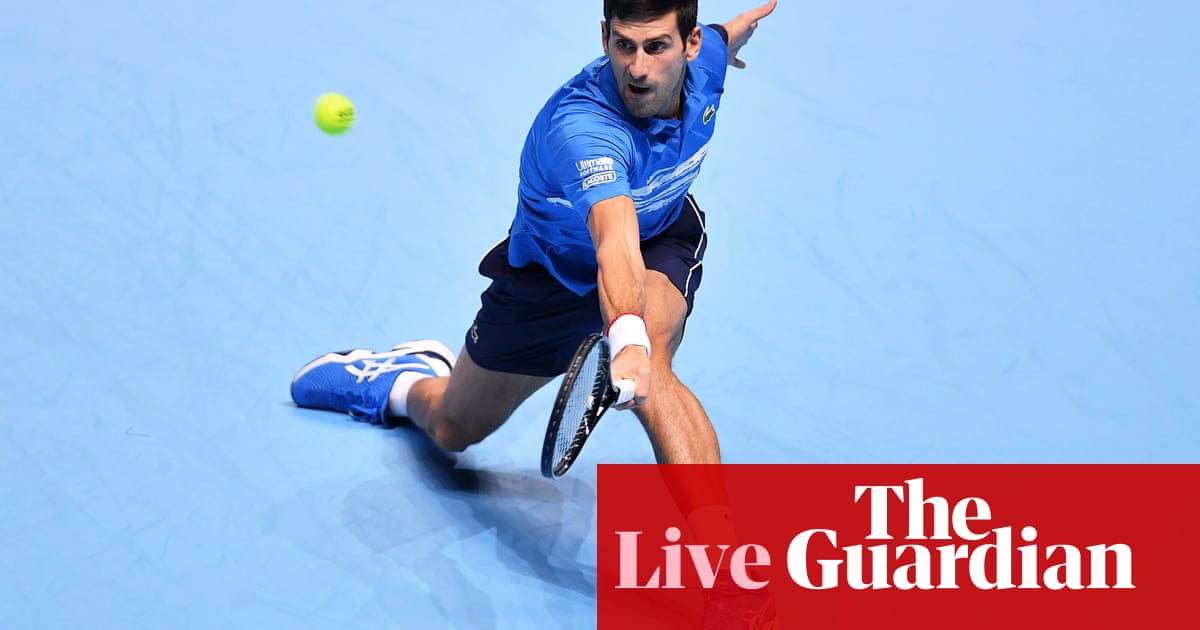 Second set:Novak Djokovic7-6 (5) 1-3 * Dominic Thiem:Djokovic gets on the board with a quick hold to 15, sealed with a sliding ace out wide. It’s a start.

Second set:Novak Djokovic7-6 (5) * 0-3 Dominic Thiem:Djokovic’s form has dropped just a bit at the beginning of set two, but this level from Thiem is quite something. He continues to demolish the ball off both wings and he has now opened the set with 8 winners and 0 unforced errors.

Second set:Novak Djokovic7-6 (5) 0-2 * Dominic Thiem:What a way for Thiem to put himself back on track. Djokovic seemed to be moving towards a hold after recovering from 0 – 30 to 40 – 30, but from game point Thiem snapped two successive backhand winners arrow-straight down the line. As Djokovic approached the net down break point, Thiem slipped a crosscourt angled backhand past the Serb to take control.

We’re two games into the second set and Djokovic has already hit more unforced errors (3) than in the entire 84 point first set (2).

Second set:Novak Djokovic7-6 (5) * 0-1 Dominic Thiem:If you think Dominic Thiem is going anywhere, think again. He holds to 15 with a booming serve down the T.

Thiem opened up the second set with a serve and volley, which was really nice. It showed Djokovic that despite the disappointment of losing such a tight first set, he is thinking clearly and his brain is still ticking nicely.

Dominic Thiem andNovak Djokovicjust played 84 points at an incredibly high level in the O2 Arena.How many unforced errors did Djokovic hit in that in entire set? 2 (two.) ************

First set:Novak Djokovic7-6 (5) Dominic Thiem:Djokovic takes the first set! Just as it looked like a few too many errors were beginning to cake Thiem’s game at 3-5, he responded by obliterating an inside out forehand into the corner. At 4-5, both men stood on the baseline crushing the ball back and forth, and it was once again Thiem who stepped up and crushed another inside out forehand winner.

But it was not to be three forehands in a row. The third landed just long and, with the match on his serve, Djokovic fired a big serve to finally move ahead.

First set:Novak Djokovic6-6 (4-2) Dominic Thiem:The crazy tennis has continued into the tiebreak with a face-melting point early on . At 1-0, Djokovic tracked down every last Austrian bomb before threading backhand crosscourt passing shot beyond Thiem at the net. But down 2-3, Thiem double faults. Did he just blink?

First set:Novak Djokovic6-6 Dominic Thiem:We’re heading to a tiebreak as Thiem pieces together an immaculate hold to 15. The Austrian opened with a whistling forehand down the line winner and closed with a service winner down the T. This has been one of the best sets of the year.

First set:Novak Djokovic6-5 * Dominic Thiem:One of Djokovic’s many strengths is his ability piece together swift, easy holds when they are needed. After failing to break Thiem in the previous to game, he speeds through a love hold to put the pressure straight back onto the Austrian’s shoulders. Djokovic has won 84% of his first serve points so far.

First set:Novak Djokovic5-5 * Dominic Thiem:These holds are getting tougher, but Thiem digs out another to level the match. From 15 – 30 down, Thiem crushed two huge forehands in succession to bring up game point. The Serb came up with a great deep return to take Thiem to deuce, but the Austrian held firm, slipping to the net with a great serve and volley to hold.

First set:Novak Djokovic5-4 * Dominic Thiem:Djokovic comes through a big mini-battle there, recovering from 15 – 30 down. Amid the brutal, violent ballstriking, Thiem is starting to show off his variety and he drew out a Djokovic backhand error with floaty slice to bring up 15 – 30. Thiem had a huge chance on a short forehand at 30 – 30, but blasted the ball long. Djokovic held with a great unreturned second serve up the T. Still on serve.

First set:Novak Djokovic* 4-4 Dominic Thiem:Thiem has been all about crushing the ball hard and flat today, but he throws in a sweet serve and volley at 15 – 0 to keep Djokovic on his toes. He closes a really strong hold with a big down the line forehand before slamming an easy smash home.

How long can Thiem keep this up?

First set:Novak Djokovic4-3 * Dominic Thiem:At the moment, both men are standing atop of the baseline and taking risks without thinking twice. Djokovic holds with a stunning backhand down the line, then two heavy, hooked forehand crosscourt forehand winners in succession. Thiem is absolutely pummelling the ball, while Djokovic is moving the ball around and opening the court. This is all a bit breathtaking.

First set:Novak Djokovic* 3-3 Dominic Thiem:A gutsy hold from Dominic Thiem, who saves three break points to hold. The level right now is absolutely bonkers and this is easily the highest quality match of the event. Thiem saved Djokovic’s first break point with a screaming backhand down the line winner, Djokovic sprayed a forehand on the second and then the Austrian found a big body serve on the third. He held with a delicate drop shot after more booming forehands.

First set:Novak Djokovic3-2 * Dominic Thiem:Goodness. What an astonishing return game from Dominic Thiem to break straight back to love. He clubbed a whistling, angled forehand return winner winner on the opening point, then ground out the second with some brilliant defense and hustle. A forehand drive volley winner to bring up break point, then a ridiculous backhand down the line winner to break. Incredible level.

First set:Novak Djokovic* 3-1 Dominic Thiem:Djokovic breaks! Everyone talks about big serves and big weapons, but despite being the best returner in the world, Djokovic’s return is still probably underrated. Djokovic saved Thiem’s ​​game point at 40 – 30 with an incredible backhand return off a good 127 mph Thiem serve that landed right to at the Austrian’s toes. Feeling the pressure of Djokovic’s return, Thiem then overcooked the next second serve. Two points in one.

A big forehand drive volley miss from Thiem on break point and Djokovic is up.

First set:Novak Djokovic2-1 * Dominic Thiem:Djokovic has landed 7/9 first serves so far, winning 7 of 7. With ample big serving , he flits through an easy love hold to edge ahead again.

First set:Novak Djokovic* 1-1 Dominic Thiem:Thiem was sublime in so many of the 30 – 30 points against Federer on Sunday. After a great Djokovic passing shot to, he has to deal with that immediately. He shrugs off the pressure with a big 128 mph unreturned serve down the T. A big forehand down the line and he levels Djokovic immediately.

In other news, former WTA # 4 Dominika Cibulkova retired today.You may remember her as the 2014 Australian Open finalist and victor of the WTA equivalent of this event in 2016. She was just 5’3 tall yet managed to outhit players nearly a foot taller than her.

The players are out on court now.Novak Djokovic won the toss and elected to serve first. Let’s see how this one goes.

And here is Kevin Mitchell on Margaret Court and Serena Williams.An ominous reminder that still have two weeks of the season left yet the Australian Open is already creeping up on us. Yikes.

Some stats for you.

Do check out Kevin Mitchell’s piece on Federer’s smooth win over Matteo Berrettini.

Hello!Welcome to day three of our coverage from the ATP Finals. Earlier on today, Roger Federer nabbed his first win of the event with a 7-6 (2) 6-3 win over Matteo Berrettini. Federer never really had to leave third gear, while Berrettini continues to look overawed against the giants. Despite his two routine losses, the Italian may still have a role to play in this event when he faces Thiem, who he defeated just a few weeks ago in Shanghai. Stay tuned.

But it is now time for the main event as Sunday’s victorsNovak Djokovicand Dominic Thiem wrestle for supremacy in the O2 Arena. The pair have a very interesting history. Djokovic leads their head to head 6-3, but Thiem has won three of the last four. However, their last five meetings have occurred on Thiem’s ​​native clay courts and they haven’t played on hard court since 2016. In their most recent meeting, Djokovic dropped the first set before obliterating Thiem in the final two, 6-7 (10) 6-0 6-2.

Back in 2016, Djokovic’s early ballstriking, court positioning on top of the baseline and early, flatter backhand always seemed like a difficult match-up for Thiem, whose strokes were always rushed on faster courts. But Thiem is a completely different player now and one of the biggest themes of this year has been Thiem’s improvement on surfaces other than hard courts. What an opportunity this is for the Austrian to make another statement on the surface many consider his worst. 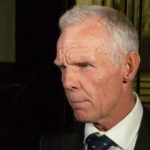 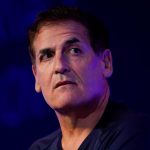