According to him, the incidence of breast cancer was more as compared to cervical cancer among women.

Considering the rising number of cases, the Center Government regularly supplements the efforts of the state governments to prevent and control Cancer, added Choubey, who was speaking at the parliament.

The objectives of the “National Program for Prevention and Control of Cancer, Diabetes, Cardiovascular Diseases and Stroke (NPCDCS)”, being implemented by Central Government under the “National Health Mission (NHM)” for interventions up to the district level, includes awareness generation for Cancer prevention, screening, early detection and referral to an appropriate level institution for treatment.

To achieve this, a population-level initiative for prevention, control and screening for common Non-Communicable Diseases (NCDs) i.e. diabetes, hypertension and common cancers viz. oral, breast and cervical cancer, has been rolled out in over 215 districts of the country under the NHM, as a part of comprehensive primary healthcare.

Under the initiative, persons at more than 148 years of age are targeted for their screening for common NCDs. Screening of common NCDs including the three common Cancers i.e. oral, breast and cervical, is also an integral part of service delivery under the Health and Wellness Centers, said the Minister.

According to him, cancer is diagnosed and treated at various levels in the health care system. In government hospitals treatment is either free or highly subsidized.

Besides, “Affordable Medicines and Reliable Implants for Treatment (AMRIT)” outlets have been opened at 241 Institutions / Hospitals with an objective to make available cancer and cardiovascular diseases drugs and implants at discounted prices to the patients.

Under the umbrella scheme of “Rashtriya Arogya Nidhi”, or ‘National Wellness Fund’, financial assistance is provided to families living below poverty line for their treatment, including treatment of cancer in government hospitals, added Choubey. 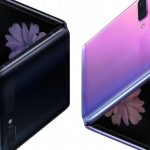