One of the most destructive botnets can now spread to nearby Wi-Fi networks, Ars Technica 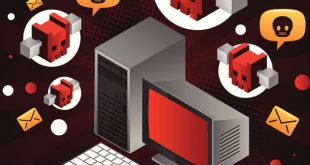 Over the past half decade, the Emotet malware has emerged as a

top Internet threat that pillages people bank accounts and installs other types of malware. The sophistication of its code base and its regularly evolving methods for tricking targets into clicking on malicious links — in September, for instance, it began a spam run that addresses recipients by name and quotes past emails they sent or received – has allowed it to spread widely. Now, Emotet is adopting yet another way to spread: using already compromised devices to infect devices connected to nearby Wi-Fi networks.

Last month, Emotet operators were caught using an updated version that uses infected devices to enumerate all nearby Wi-Fi networks. It uses a programming interface called wlanAPI to profile the SSID, signal strength, and use of WPA or other encryption methods for password-protecting access. Then, the malware uses one of two password lists to guess commonly used default username and password combinations.

Previous Eileen Naughton, head of HR at Google, is stepping down, Recode
Next US says it can prove Huawei has backdoor access to mobile-phone networks, Ars Technica