It may sound like an unlikely route to abstinence, but scientists have found that a treatment involving a one-off shot of ketamine could help heavy drinkers substantially reduce alcohol consumption.

The scientists behind the work said that ketamine, more commonly known as a recreational drug and animal tranquilliser, can be harnessed to “rewrite” drink-related memories. The findings raise the prospect that the therapy could in future be developed into an entirely new form of treatment foralcoholaddiction.

Dr Ravi Das, a psychologist at University College London, who led the trial, said: “There was a really big drop-off, which was maintained or got even better up to nine months [after treatment]. I was surprised by how effective it was. ”

The study was inspired by a growing body of evidence that ketamine can be used to disrupt memories. In the case of addiction, memories can drive harmful patterns of behavior – for instance, when someone learns to associate an environmental trigger with the urge to have a drink.

“Every behavior is encoded in our memories,” said Das. “An important takeaway is that these habits and unhelpful memories can potentially be unlearned.”

The study involved 90 people with hazardous levels of drinking, but who did not have a formal diagnosis of alcohol use disorder. On average, they were drinking 74 units of alcohol per week, equivalent to roughly 30 pints of beer – five times the recommended limit. They were all primarily beer drinkers.

On the first day, a glass of beer was placed in front of the participant and they were told they would be allowed to drink it after viewing some images of beer and people drinking. They were allowed to drink the beer, but on the second day, when the same routine was repeated, the beer was instead taken away.

Unexpectedly removing an anticipated reward is known to temporarily disrupt learned associations. Normally the memory re-stabilises in the minutes and hours after the experience. But ketamine blocks a brain receptor called NMDA, which is required for the formation of memories. So the scientists hoped this short period of instability would represent a window of opportunity for more permanently rewriting drink-related memories.

In the study, once the beer was taken away, some participants were given an intravenous ketamine infusion, while others were given a placebo infusion. A third group got the ketamine but without the psychological intervention.

The method appeared to be successful. Over a 10 – day follow-up, the people who were given ketamine combined with the psychological intervention showed significant reductions in their urge to drink, drank less alcohol and drank on fewer days than the other study participants.

The effect was sustained over a nine-month follow-up. All three groups decreased their drinking, but those given the ketamine therapy had a much more pronounced overall improvement, halving their average weekly alcohol consumption over the nine months.

Das said his team was applying for funding to carry out a clinical trial that would investigate whether such a therapy could help people with alcohol addiction.

Rupert McShane, a consultant psychiatrist and honorary senior clinical lecturer at the University of Oxford, said: “If the findings of this study were replicated, it could be very important. At its broadest, it could imply that habits of thinking could be provoked and then usefully disrupted by a single ketamine infusion. If proven, this would have many therapeutic applications. ”

However, McShane said that a major limitation – one acknowledged by the authors – was that those in the ketamine group happened to be drinking higher levels on average at the outset.

“This is just an unlucky quirk, which sometimes happens when participants are randomly put into groups,” he said. “What it means is that the key result could have happened because those drinking the most will also, statistically, have tended to reduce their drinking the most. So, unfortunately, we cannot really be sure about how to interpret the data. ”

Celia Morgan, a professor of psychopharmacology at the University of Exeter, who is also investigating the use of ketamine in treating alcoholism, said the study was an important piece of research but that more work was needed before a clinical applications to ensure that the results would apply to people with alcohol addiction and to ensure that risks were fully understood.

“The fact that these are people who drink a fair amount but not daily, and who don’t meet criteria for alcohol use disorder, means that the use as a treatment has to be tested,” she said. 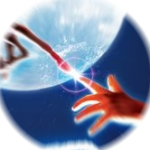