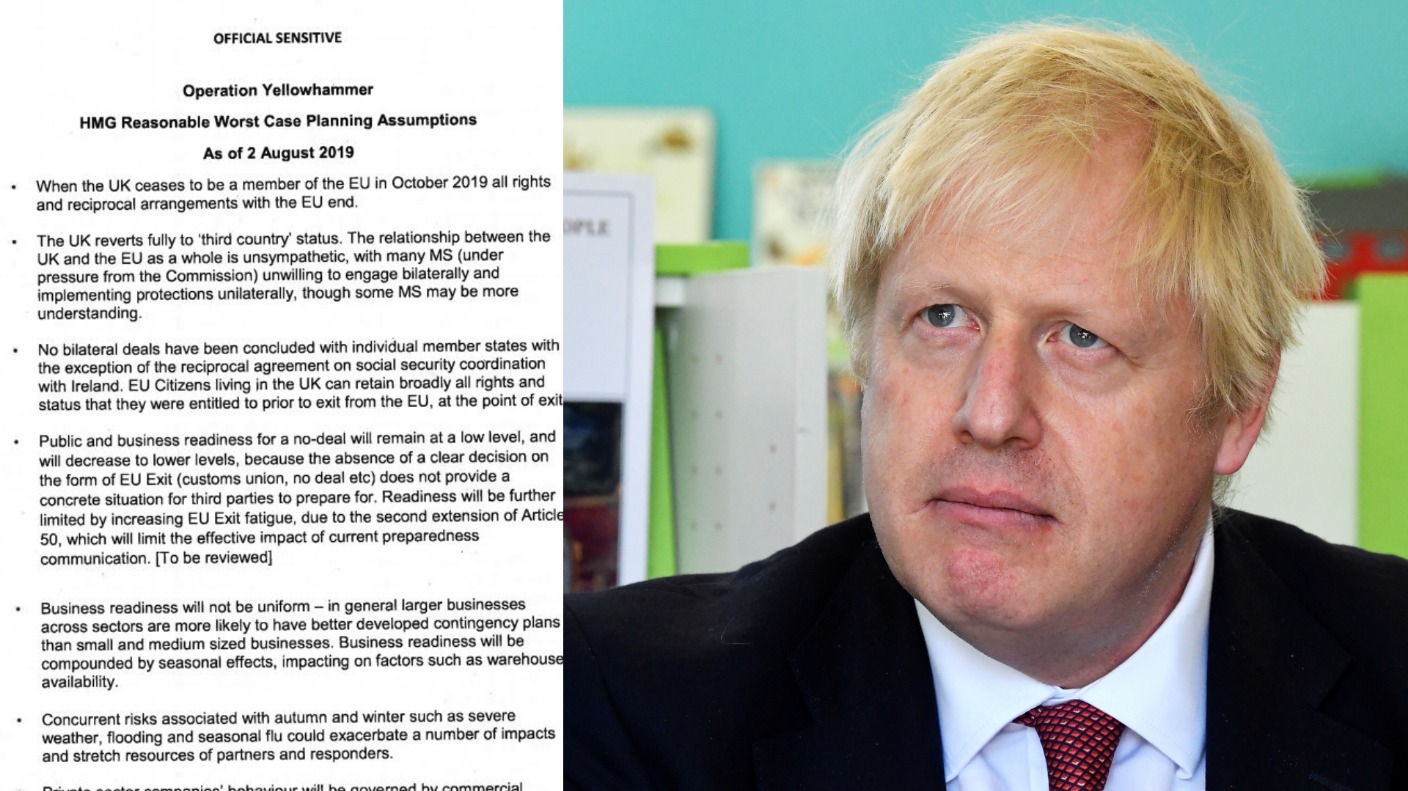 Thefive-page document, which is said to be the government predictions for the worst-case scenario Brexit, warns of shortages on certain types of fresh food and “significant” disruption at the Channel.

The document says UK will also face shortages of fuel, and medicine if it leaves the European Union without a transition deal, jamming ports and requiring a hard border in Ireland.

BREAKING: Yellowhammer docs say impact of No Deal would include:

The document says the flow of cross-Channel goods could be reduced to 40% of current rates on day one, with “significant disruption lasting up to six months.”

“Unmitigated, this will have an impact on the supply of medicines and medical supplies,” it says.

It adds: “The reliance of medicines and medical products’ supply chains on the short straits crossing make them particularly vulnerable to severe extended delays. “

However, it will “not be practical to stockpile products to cover expected delays of up to six months” and warns that “any disruption to reduce, delay or stop the supply of medicines for UK veterinary use would reduce our ability to prevent and control disease outbreaks, with potential detrimental impacts for animal health and welfare, they environment and wider food safety. “

On food, it warns some fresh supplies will decrease and that “critical dependencies for the food chain” such as key ingredients “may be in shorter supply. “

It says these factors would not lead to overall food shortages “but will reduce the availability and choice of products and will increase price, which could impact vulnerable groups “.

The risk to water supplies is low, it says, with water companies “well prepared for any disruption”.

HGV delays of between one-and-a-half and two-and-a-half days would occur at Dover and public disorder could increase, according to Operation Yellowhammer “reasonable worst case planning assumptions” released in response to MPs voting for it to happen.

The document says: “On D1ND, between 50 – 85% of HGVs traveling via the short Channel Straits may not be ready for French customs.

“The lack of trader readiness combined with limited space in French ports to hold ‘unready’ HGVs could reduce the flow rate to 40 – 60% of current levels within one day as unready HGVs will fill the ports and block flow. “

“The worst disruption to the short Channel Straits might last for up to 3 months before it improves by a significant level to around 50 – 70% (due to more traders getting prepared), although there could continue to be some disruption for significantly longer.

“Disruption to flow across the short Channel Straits would also cause significant queues in Kent and delays to HGVs attempting to use the routes to travel to France.

“In a reasonable worst-case scenario, HGVs could face maximum delays of 1.5-2.5 days before being able to cross the border.”

The document added: “There are likely to be significant electricity (price) increases for consumers.”

It adds: “Protests and counter-protests will take place across the UK and may absorb significant amounts of police resource.

“There may also be a rise in public disorder and community tensions.”

The Government describes the scenario outlined in the document, part of which has been redacted, as the “reasonable worst case scenario”.

The document also says: “Low-income groups will be disproportionately affected by any price rises in food and fuel.”

The document’s assumptions are “as of August 2” this year, and it notes that day one after the scheduled EU exit on October 31 is a Friday, “which may not be to our advantage” and may coincide with the end of the October half-term school holidays.

The Government dossier says France will impose EU mandatory controls on UK goods “on day 1 no deal” – D1ND as the document refers to it – and have built infrastructure and IT systems to manage and process customs declarations and support a risk-based control regime.

The document says UK citizens traveling to and from the EU “may be subject to increased immigration checks at EU border posts”.

It warns: “This may lead to passenger delays at St Pancras, Cheriton (Channel Tunnel) and Dover where juxtaposed controls are in place.

“Dependent on the plans EU member states put in place to cope with these increased immigration checks, it is likely that delays will occur for UK arrivals and departures at EU airports and ports.

“This could cause some disruption on transport services. Travelers may decide to use alternative routes to complete their journey. ”

The government was forced to publish the documents after MPs backed a motion put by former Tory attorney general Dominic Grieve.

His motion also requested all government communications relating to proroguing Parliament – including text messages, WhatsApp messages and Facebook messages – be sent to MPs.

While it appears the government has chosen to ignore this aspect of the motion, due to privacy issues, it released the Yellowhammer documents following mounting pressure .

Parts of the Operation Yellowhammer have been leaked in the past, with theSunday Times publishing extracts in August.

And in September last year aphotographer snapped an image of the documentas it was clutched by an aide leaving the Cabinet Office.

At the time of the August leak Michael Gove, the Cabinet minister in charge of no-deal planning, said the report was old and since its publication the Government has taken “significant additional steps to ensure that we are prepared to leave on October 31 deal or no-deal. “

“In the last three weeks there has been a significant acceleration in what we’ve been doing.

“Yes, of course there are challenges in leaving without a deal, but there are also opportunities after October 31 if we have left with a clean break. “ 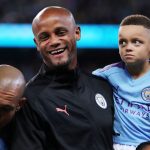 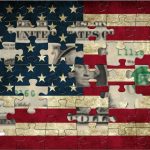