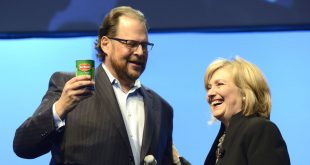 Larry Ellison, the founder of Oracle and one of the world’s richest men, is throwing a fundraiser for donald Trump – the most significant display of support from a major tech titan for the president, by far.

Ellison is hosting Trump at his estate in California’s Coachella Valley next week for a “Golf Outing and Reception,” according to a copy of the invitation obtained by The Desert Sun , a local newspaper. Tickets run as high as a quarter million dollars.

– year-old billionaire to a new wave of political and corporate scrutiny. Silicon Valley workforces are, in general, deeply oppositional to the Trump administration, and it will be revealing to see whether Ellison encounters any pushback or activism from Oracle’s , employees, who have already expressed frustration with even lesser ties from Oracle to the administration.

Oracle has not been known to have a particularly restless workforce, but tech workers are organizing in the age of Trump and have sought to minimize ties between their employers and the Trump administration. Companies like Google and Github have encountered employees who want the corporations to end their work with Immigration and Customs Enforcement, for instance.

Ellison though has long been one of Silicon Valley’s most eccentric and independent-minded leaders, and so he might care little about the blowback. Ellison is no longer Oracle’s CEO but is its chief technology officer and executive chairman.

Recode asked Ellison’s team this past September about whether He planned to back the president for reelection, but his spokespeople declined to comment. Ellison’s personal and Oracle spokespeople did not immediately respond to requests for comment on Wednesday.

The event will be held at Ellison’s private estate in Rancho Mirage next Wednesday, according to a copy of the invitation, On a golf course where he once played with Barack Obama . Ellison – far more comfortable with displays of opulence than many other tech billionaires – is a prodigious acquirer of property in Southern California.

What he has not been, up until now, is a major Trump donor. The most significant tech billionaire to back Trump to date has been early Facebook investor and board member Peter Thiel . Ellison has not made a political contribution of any type since the end of 2017, and he has never before donated to Trump or any Trump-backed group, according to federal records. That makes this decision to host a major, high-profile event for Trump all the more unusual. But it’s also a major coup for the Trump team: Ellison is, after all, the country fifth richest person, with a net worth of almost $ billion.
(Read More )